Stories are a great way to introduce new concepts or feelings to young children, especially in 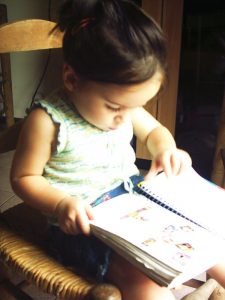 Early Years (primary and nursery). Children may recognise the feelings of the main character in the story as feelings they have felt in their lives, however, young children struggle to communicate their feelings – emotion words are often learned last. Stories provide children another land to get lost in as they follow the main character and find out how they deal with their problems. The child, knowingly or not, will be able to take messages from the story and use them when they find themselves in this situation.

There are lots of different “social stories” that target specific issues children may be having such as loss/grief, anger issues or loneliness. There are also stories like this for children with Autism and other learning difficulties, which may help them cope with problems they might have in daily school life.

The below clip shows a social story about using polite words and being nice to others:

In the story Clever’s New Trick, we see the story of Clever the fox who has problems with his temper. This leaves him lonely as no one wants to play with him. Jerome the Gnome teaches 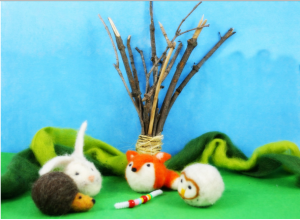 Clever a trick to help with this – Stop and Think. He uses this trick with some of the other animals, practicing controlling his temper and playing with his new friends successfully.

While this teaches the lesson of controlling their emotions, it also teaches the children that everyone is learning things – nobody is perfect i.e. Snowy Owl is still learning how to fly well. This story could be used in Early Years quite easily with the right preparation.

There are some words in the story that young children will not know i.e. hesitant and remorseful. As children will be fixated on these new words, it would be useful to use these words prior to telling the story, a few hours or days before. This that the children are still learning these new words, but can still focus on the story. It is also important to have questions 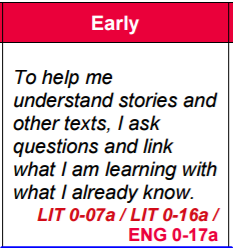 to ask the children throughout the story, such as asking them to predict what will happen next. This involves children in the story telling process, stopping them from simply being passive listeners. It is essential to plan these questions in advance, as it is unlikely that suitable, high-level questions will be thought up on the spot. It is also important that children have the chance to ask questions of their own. This consolidates their learning and allows them to fully understand the story, which is especially important if there are follow up activities based on the story.

Stories are essential in the classroom, and are often overlooked as something to do to fill in time, or to calm the children after playtime. While stories can relax the children, it is important not to simply use them as a filler activity. Story time should be planned as much as any other lesson in order to get the most out of them and to develop key literacy skills in children such as prediction, analysis and merely an enjoyment of stories and reading.

Reading is often an important step for children, and parents. Children are pushed through school reading books and literacy programs, sometimes losing the enjoyment they may have once had for reading and language itself. 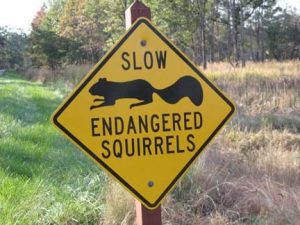 Early reading for children is not so much reading, as recognition, usually of signs, logos, and other environmental print around them.

There is some debate as to whether children should start reading sooner or later. One study in support of children reading earlier is Kraus’ 2015 study where they had devised a test which could predict a child’s language ability and even whether they may have trouble reading in the future (News article of study available at http://www.npr.org/sections/ed/2015/07/21/423260864/the-test-that-can-look-into-a-childs-reading-future utm_source=facebook.com&utm_medium=social&utm_campaign=npr&utm_term=nprnews&utm_content=20150721)

While this study may help to draw attention to those who may need assistance in language, I worry that it will isolate those who do well in the test. If a parent knows that their child will not have any difficulty in language and reading, I believe that it will make them less likely to prompt their child and support them at home in a way they may have before. If a psychic tells you that you will meet your soul mate aged 25, would you bother looking for love aged 20?

There is much research against this study, saying that we should be starting children reading 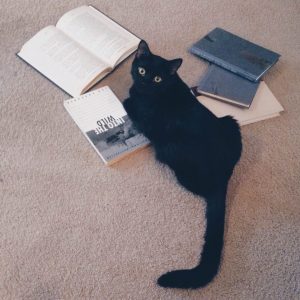 later, not earlier. Laura Grace Weldon writes about “Reading Readiness” and how we should be giving children more opportunities to learn from life, to learn from exploring rather than from sitting at a desk reading (article available at https://lauragraceweldon.com/2012/08/07/reading-readiness-has-to-do-with-the-body/).  She notes that children have 25% less free time than they had a generation ago (taken from http://www.americantrails.org/resources/kids/CNNresearch07.html). We have children sitting in school all day, and in many cases sitting doing homework or reading school chosen books at night. While reading does unlock a lot of other subjects in school, I agree that there is a lot of pressure on children to read certain books in order to achieve reading success. This attitude can actually be detrimental in affecting the attitudes of children towards reading. If children are being pushed into books they do not want to read, then they will have no motivation to read them, and, eventually, no motivation to read. 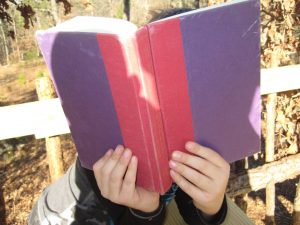 There are some studies that actually argue that children do not need to be taught to read – they will simply teach themselves. Gray (2010, available at https://www.psychologytoday.com/blog/freedom-learn/201002/children-teach-themselves-read) looked at non-teaching schools and particularly the reading ability of the children. He found that children were able to teach themselves to read. They all appeared to have their own strategy, with no correlations showing between students. This method ensures that children are learning in the best way for them and are able to choose their own books with no reading scheme to follow.

I find myself leaning more towards the argument of Laura Grace Weldon. Young children do not need to sit at a desk in order to learn. Children learn from feeling, doing, exploring. The great outdoors has a mass of teaching opportunities for young children, and I believe that teachers are not taking advantage of the wonder that lies outwith the classroom walls. During my teaching career, I would love to be able to explore this more and show children that they do not need to have their nose in a book to be learning.

While Chomsky believed that children are born with an innate capacity for language, other theorists such as Bruner and Vygotsky believed that language was developed in social situations, by interacting with others. This begins early on in the child’s life, talking to parents/carers and other family members, before the child then goes to school and develops their language skills even more by talking to peers, an experience they may not have had at home. Adults therefore play a huge role in affecting the language development of children, especially in the early years.

Talking to children from birth is so important in modelling words for the children to imitate. While language acquisition cannot solely happen through imitation (this theory does not account for misuse of grammar such as “I goed”, which you can often hear children say), it cannot be denied that it is a crucial step in a child’s language development. Unfortunately, I have seen lots of new parents pushing their child in a pram/buggy with one hand, and the other hand attached to a phone. I do not judge these people, I do not know them, but in terms of a child’s development, they are missing out on crucial attention from an adult who should be helping them to make sense of the mystical world around them. This is an example of how adults can inhibit the development of children’s language.

In the clip below, we see Niaz, a 3 year old child in nursery beginning to make sense of many of the complex words and rules of the English language. 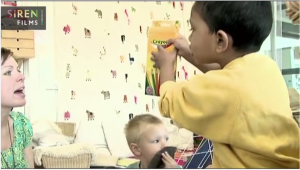 When Niaz begins playing with other children, he quickly finds that they are not giving him the attention that he wants and seeks this attention from an adult. This is because children at this age are still quite egocentric, and believe that they are the centre of the world which revolves solely around them.

The adult in this situation is a good example of how adults should support children in their language development. She uses lots of praise when talking to the children and has a clear, consistent voice that is easy for the children to understand and model. She knows that the children will model what she says – when Niaz gives Stephen some paper she says “Thank you Niaz” which the children will pick up on and eventually internalize as correct manners. Even though she has to monitor other children, the adult gives Niaz lots of attention – this will make Niaz feel more confident and want to continue talking as he feels listened to.

The adult also asks lots of prompting questions in an attempt to get Niaz talking more and answering them i.e. “What do we need the pencils for?” When she asks him this, you can hear that Niaz is wanting to say “list” but is getting stuck on the ‘l’. The adult continues to prompt Niaz which results in him being able to communicate what he is wanting to do. If the adult had given up at this point, Niaz would have lost confidence, inhibiting his language development.

When they begin writing the list, the adult uses pictures to signify objects they will recognise 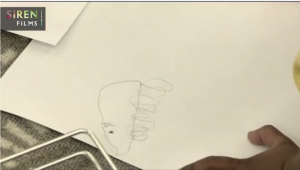 from everyday life – such as cereal and milk. When Niaz begins his list, he draws a pig with quite a few too many legs. Rather than correct this, the adult praises Niaz for his attempt, getting the rough shapes correct. Niaz then draws a picture of himself. The adult then tells him that then we will know that it is his list. This is the beginnings of teaching ownership and certain words such as ‘mine’, ‘his/hers’ and ‘yours’.

The role of an adult in terms of language development is to encourage children, using lots of praise even if what the child says isn’t quite correct. If an adult is constantly correcting and berating a child for incorrect pronunciation or grammar, the child will lose confidence and will eventually stop trying. We must remember that children are just beginners in language – it will take several years for them to master this complex skill. It is important that adults spend the time talking to children at this early stage. Even if you think they do not understand what you are saying, they may really be internalizing every word.

(All images are screenshots taken from the video hyperlinked above.)