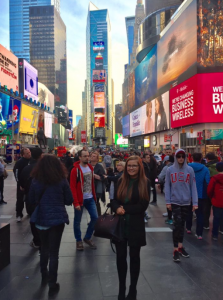 Of course after I’d done my work for the day in the office I had to do some sightseeing. This is me in Times Square.

Today I have been lucky enough to have been given the opportunity to go to New York City and visit the Tracy Locke office there on Madison Avenue (as previously stated this is known as TLNY).

This have given me a good opportunity to, yet again, to meet more new people and tell them a bit about me and why I am here. A lot of people have been really intrigued that I am actually training to be a primary school teacher and they believe that this placement is a fantastic idea.

I did some work in Wilton this morning where I listened to some conference calls with Mary regarding one of their Chicago clients and arrived in New York at about 2pm.

This afternoon I attended meetings with Stephen regarding finance and accounting, and in particular, for Sony about a few projects that they want TL to do over the next year. Again, this was a good learning experience for myself as it meant I saw the “more boring” side of advertising (according to Stephen!) but also one of the most important parts as without money advertising just wouldn’t 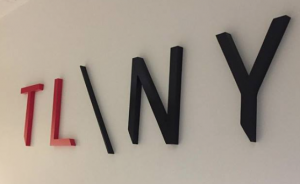 Something I’ve noticed while being in the three offices is the different lay outs. The Dallas office has a huge variety of cubed off areas for teams of people to sit in and also has two floors. When I went into the Wilton office yesterday the different lay out was the first thing I noticed. The office is just one floor but it is like a maze. It is huge. The desks here are in longer, more open areas with a lot more open space. Finally, the New York office also has the long tables but the separate offices and conference rooms all have glass walls meaning that anyone can see in them. I like this as it allows the office to feel more open and have an “open door” kind of vibe. 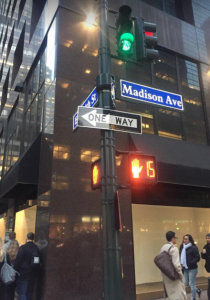 I think this is an important aspect to have in the classroom too. I truly believe that the layout
of my classroom is going to have a huge influence on how the pupils learn and how they enjoy their learning. And the way it is laid out should be inclusive for each pupil. This is the same with Tracy Locke. As this is a sociable company all the layouts allow people to talk and ask questions (asking questions is something I have been doing a lot since I got here!) 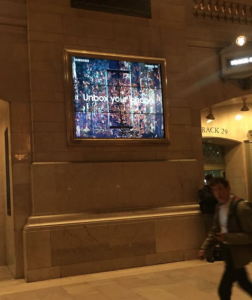 Tracy Locke has a variety of clients and their work is everywhere. When walking around  New York I saw work for Samsung and T-Mobile. It was really good to be able to see these advertisements and know that it was actually done by people I know and have met over the past few weeks. 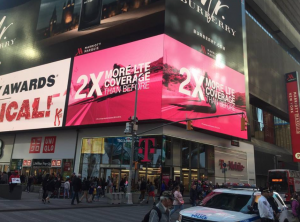 I am, again, so thankful for all the opportunities this placement is giving me and I am continuing to learn more than I ever thought I could.