Yes, the M word… Maths. Maths is a subject which I have never had huge confidence in so knowing that on Wednesday I had to sit in a workshop all about my most dreaded subject was something that I was really not looking forward to. I was actually very nervous. I had this image in my head of being sat in groups and working out maths problems in a scary kind of silence. But, that was not the case at all.

Throughout my time at primary school I hugely lacked in confidence when it came to maths. I 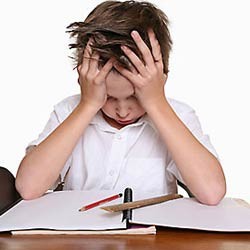 always remember being that child who was sat beside a pupil, who I always thought, was smarter than me and felt I needed to look at their answers just so I didn’t get in trouble for not completing the work or having too many wrong answers. Of course this was not the case. The teacher I had would always give me the support I needed- it was just a fear of being embarrassed that I always seemed to have.

Moving on to secondary school- maths was still the subject I dreaded. And this time, it was worse in my mind because ‘high school maths is much worse and harder than primary school maths.’ Even just the little thing of having to buy a scientific calculator rather than just a normal one seemed daunting enough. However, in first year I was put into the middle set which was almost a confidence boost. Although I wasn’t in the top group, I wasn’t in the bottom one either.

I had a teacher called Miss McCutcheon and she managed to entirely change my view on maths. She made me, and my whole class, understand that maths is not something that you should be scared of and always made lessons enjoyable. She was a teacher who believed in every single one of her pupils and knew that they would succeed. In third and fourth year I was put into the middle set again aiming for an Intermediate 2 in maths. I feel this is when my maths anxiety returned because I knew I was going to be offically assessed on my mathematical knowledge. I had a different teacher whose teaching style was different from Miss McCutcheon’s, but she 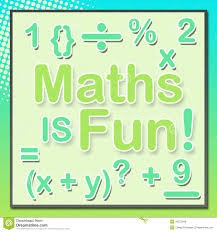 took a maths revision class after school on a Thursday. This was great as I could still rely on her for support and that positive push I needed. When teaching maths, I want to be as motivational and encouraging as she was for me throughout my whole time at high school. In fourth year I obtained a C in maths. The fact I’d passed was an absolute miracle in my eyes, but I knew I needed at least a B to get into university. So, I did Intermediate 2 maths again in 5th year, but this time I managed to get an A.

So, although I have an A at Int 2 maths, the thought of this maths workshop was something which scared me a lot. I had no idea what we would be doing. But, we sat in groups and the workshop was taken by Tara Harper whose enthusiasm for maths shines through. She has made me understand, again, that maths should not be something to be nervous about or scared of. We started the workshop with making a scale with 0 to 10 and putting a dot on the point of the line on how confident we are with maths. I rated myself at a 2. Throughout the workshop we spoke about maths in the primary school. From different types of maths to myths about maths. Originally I was scared to think that I would be teaching a subject I have such little confidence in, but it has made me realise that when one of my pupils are struggling with something in maths I will be able to give them the support they need because I know exactly what it is like to be scared and nervous. And when they have that ‘lightbulb’ moment of understanding or getting the right answer I will know that I have done my job correctly and I will feel extremely proud of my pupil.

By the end of the lesson I felt so much more confident with maths and, thanks to Tara, I am now really looking forward to next workshop on Wednesday. 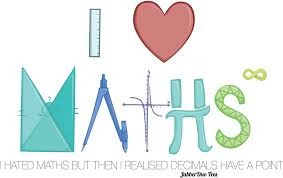