Task 1. Prepare a draft ‘drama contract’ to discuss with your pupils on placement

Task 2. Reflect on the video about structuring a drama lesson, how is it structured, what are benefits of doing it this way and what conventions are used? What CfE Es & Os are being addressed here?

For the Drama Contract, I thought about discussing before hand rules we have in the classroom and rules we have in the P.E hall and merging the two. For example in the classroom when in discussion only one person speaks at a time and everyone listens, and in the P.E hall, we all stop when a certain action has happened (e.g. a whistle blown, hand in air, clap of hands, countdown).

The Drama Contract would be something along these lines:

We all agree as a class to follow the drama contract. We must follow these rules at all times for everyone to enjoy drama and have a productive lesson.

If everyone agrees, then we can all participate in Drama.

The video we were to watch about Drama and how a Drama lesson is structured was very interesting! It was very similar to the lesson we had had with Nikki, especially with the structure. First of all, the lesson in the video begins with an agreement between the ‘pupils’ and the teacher. The Drama teacher involved said that there were the 3 main C’s, which were:

From these 3 C’s, we can identify that if there are any issues within the classroom, the reason is probably caused by one of these.

Secondly, the drama lesson had a warm up. The warm up was so that the students could differentiate between a play and a warm up. This was good because even though it may take up a bit of time at first, it will be worth it in the upcoming drama lessons.

The lesson structure then moved onto the main task. This was to find a focus within the lesson, in the video the task was to specifically to look at photos and build upon the ideas from the photos.

Development followed and this was done by developing upon the main ideas that the ‘focus’ part of the task had gathered. In this part, they spoke through the imaginative journey to build upon the final ‘performance’.

Visualisation was an important part of the structure here as this could relate to anything. The drama teacher asked everyone to close their eyes, and imagine the surrounding areas – what they could see. Examples including the sun rising. Soundscape was important during this as this developed futher upon what everyone could see. Create any sounds that can be heard. Everyone has their eyes closed at this stage and when they are tapped on the shoulder they are to share what they can see and hear.

Bodyscape is building up further and developing on what they have learned further. By using a little sheet, they are to act out what they see on the sheet using still image. This is important as it builds on the sounds, sights and ideas they already have about this place. They can try and be a gate, chimney smoke, house, table etc.

The performance can be seen as very essential. They have done the main bulk of the work and they need to show there classmates what they have achieved as a group. This helps thought tracking and the teacher at this stage can also assess what they have learned and gathered from this.

Evaluating on this with the class brings the lesson to light, they can decide on what they would like to achieve for next time and they can see the purpose of the lesson. 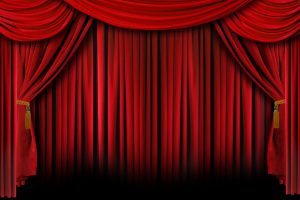 This lesson structure can be used with anything related to classroom studies, for example if studying fairytales – they can act out the certain tales they know about or the ones that are their favourite. If they are studying Scotland they can try and be famous Scottish bridges, Scottish people etc.

I think the Experiences and Outcomes that are being addressed here are: