Social Studies is one of my favourite areas as it is about working with people and the communications between individuals with each other. In High School, I received a B in Modern Studies, a D in Geography and went on into college where I achieved two A’s in Philosophy and Psychology and a B in History. All of the social subjects interest me very much as they are all different ways to study the world, for example History is studying people in the past and events and why they happened, Modern Studies is about current affairs and what is happening in our society today, Geography about the impact we are having on the environment and why the world is the way it is. Whilst Philosophy and Psychology are studying peoples beliefs and the way the brain and body think.

It is so important to understand the past, present and future and I think that History, Modern Studies and Geography are so vital to every person to have a basic knowledge of.

The working together module for me, didn’t seem very important at first and I didn’t appreciate the importance of coming together and creating a PowerPoint presentation as a group, going on a placement visit or having to design a poster by myself. However, through reflecting on my professional development in semester 1, this has made me realise that one of the most important moments for me was when I was creating my poster and reflecting on my placement visit.

My placement visit was important for me in terms of learning how to cope before a placement, how to act and what to do during a placement and how to look back and reflect after a placement. I recieved great information from a fantastic organization, but it wasn’t until I was back at my flat and had to look back on what I had learned, and read parts of ‘Reflective Teaching in Early Education’ that I realised how important reflection actually was.

For me now, I am trying to get myself into the habit of reflecting on everything I do and say and this includes looking over my work and evaluating why I wrote a certain piece of writing, why I felt that way and how I can improve. Before university, I never reflected on my actions or my words, I never evaluated my work and never bothered to check over anything. But now, as I grow as a teacher, I am beginning to love to reflect on my journey and my experiences as a student teacher and the process of reflecting on my work is the start of me becoming the best that I can be.

My Story on Racism and Sexism.

When growing up, I never looked at the colour of someones skin and judged them. I never thought about why a man was with a man or a woman with a woman. I had the privilege of being brought up in a house where it doesn’t matter where you came from, your religion, your sex, disability etc. I was brought up that as long as I am happy in my life, then my family would be happy for me.

Which is why, when I was older and starting High School, I never really understood racism or sexism. I never understood people who bullied others for having a disability, or for being gay, or for believing in a certain religion. I just really didn’t see how it was okay to bully someone with a disability, how it was okay to shout abuse at people who had fallen in love with someone of the same sex, how it was acceptable to throw things at people who believe in God or Allah. For me, everyone is the same.

But obviously, throughout High School, I was learning more from others and even though I didn’t understand it (and still don’t fully understand it) I accepted the fact that black people, gay people, women and disadvantaged people were always going to be looked down upon. This is something that has always hit me hard. Due to my gender I am constantly quizzed about not wanting a child. I have never wanted a child and it’s just a personal choice I have made, on my own. Yet, I am being told that I will change my mind when I’m older, that all women eventually have children, that I will regret my decision, that I am selfish for not having a child as there are people in this world that cannot have children. Yet, I don’t hear men get the same ‘grilling’.

Today, in my lecture we started the class off with a story about a young boy called Emmet Till. Emmet Till was a 14 year old boy who apparently wolf whistled at an older lady, a few days later the lady’s husband and brother took Emmet and beat him, tortured him and shot him in the head followed by dumping his body in the river. At court, the jury decided that the two men were innocent and let them go. Not long after they admitted in a magazine interview that they did kill him. But nothing was done about this. Now, this story is shocking and nearly unbelievable. However. I missed out that Emmet was a young black boy, the lady was white, her husband and brother were white, and the jury was white. This also took place over 50 years ago. This is a shocking story to us now when we read this, we can’t even imagine this to happen in todays society.

But in 50 years, will there be another young blogger talking about how s/he couldn’t believe that white police in America were just shooting down innocent black people because they were ‘dangerous’? In 50 years will they be disgusted that up until recently women couldn’t go into St Andrews Gold Course Clubhouse due to their gender? Will they be ashamed that we thought it was okay not to employ someone because they are in a wheelchair? I hope they would be, because I certainly am.

Today’s lecture really hit hard. I felt angry and sad. It was incredibly interesting and everyone I spoke to agreed as well. It really gets you thinking and wondering what kind of society we live in. I can’t wait to go further into this area, I really enjoy reading about the different sociological theories, and this is something that has really grabbed my attention.

What a load of Pollack!

I have a strong interest in Sociology, and as someone who has such a keen interest in sociology, I recommend that anyone reading this should have a look at researchers such as Pollack. He is specifically gender related.

(EXTRA INFO ON POLLACK IN CASE INTERESTED) In the 1950s, a man called Otto Pollak investigated into whether or not women committed as much crime as men; what he found was women were less likely to be prosecuted and more likely to be cautioned. This was due to a criminal justice system dominated by men and because of this they will tend to be more lenient with women due to them not being considered a threat or danger to society; Pollak called this the Chivalry Thesis. Pollak, however, had no evidence to support this claim, and based this thesis on the fact women are devious and sneaky due to their female biology, or, in other words, because women are able to hide their pain when menstruating and are able to not show a true interest in sexual activities and pretend in the bedroom – this meant that they could trick the criminal justice system. 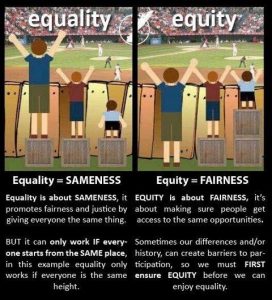