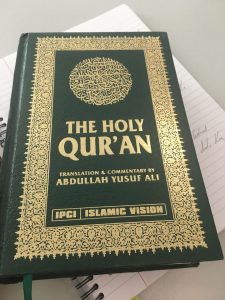 I am a person who disbelieves or lacks belief in the existence of God or gods. I never got brought up this way, I have always been told to have an open mind and that I should never say never. I have many reasons for disbelieving in a God or gods, and until I started University I thought religion was pointless and a waste of time. A few of my reasons very briefly would be something along the lines of:

However, this post wasn’t about why I don’t believe in God or about how stubborn I was when it came to the argument about God. This post was to say that just having a better RME (religious and moral education) knowledge has let me open my eyes and become obsessed w 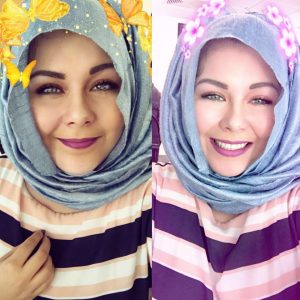 ith now trying to learn about as many different religions as possible.

My RME knowledge before University was that I watched Avatar in RME in High School, I learned something about the 5 Ks in Sikhism and that Jesus was the reason for Christmas and Easter. Now, since beginning my University journey I have learned that all of these religions are so beautiful and interesting.  They have stories to tell, they are the reason people push forward in life and even if something bad is happening – their religion gives them hope. Now, for me, that is extremely important. Hope is what the world needs in a world filled with hate and abuse and Trump. Hope is a feeling of expectation and desire for a particular thing to happen, it is a feeling of trust and can make people in the darkest of places feel better because they have something to believe in. 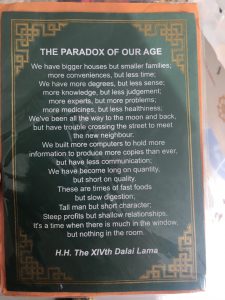 Taking away the fear of just teaching in general, I felt reasonably confident in all other areas of the curriculum in terms of how I felt about the subject. However, only a few subjects (P.E and the expressive arts being the others) made me worry about becoming a teacher and being able to teach without hating what I was teaching. I didn’t want to learn about other religions and I had no interest in learning. However, since I have researched on my own about certain religions (Hindu being my ‘religion of the moment’) I have learned a great deal – and not just about what others believe in but about other important areas. Such as our values, our family, our home, how we feel, how we are to others, kindness and again, hope. When I thought of RME before I though about boring lessons, now I look with new eyes and I am excited to go on placement and teach about the Holi festival, about why Hindus celebrate this and how it is important. I’m excited to incorporate art into this, I am actually looking forward to being out of my comfort zone teaching children about Religion, and with this I have opened my eyes to the Expressive Arts (however, I am still working on how positive I actually feel about this) and to other religions also.

To the people who know me really well. They know how I feel about religion. They know that my views are so strong against the belief in a God etc. However, since looking into not even a handful of religions my mind has been opened. It turns out RME is completely me. It is about kindness(which, by the way – Random Acts of Kindness Day is on Friday 17th Feb), it is about love, trust, respect, believing and hope.