Today’s class was a continuation of game based learning (GBL) this time looking at how Minecraft can be successfully used in the classroom.  Today we had a nice break from the norm and had a group of primary 6 pupils visit us from a local school.

Two pupils joined our group and demonstrated to us the world they had been creating in Minecraft as part of their class topic which was Harry Potter.  It was fascinating to see how excited they were to show us and talk to us about what they had created despite never having met us before. This to me was active demonstration of how GBL can enhance inclusion in the classroom for all pupils including those with additional support needs.  Minecraft is a game that hundreds of thousands of children and adults have been playing on consoles at home since its release in 2011. (Magbook, 2014).  This would make it a forum where most children would feel comfortable and confident so its inclusion in the class can then be used as the vehicle to encourage the development of social skills.

It was explained to us that when all of the iPads are on the same network in their school they can all sign in to the same ‘world’ and work collaboratively as a whole class on designing and creating the content of that world.

It was then our turn to try out creating a world.  I have seen Minecraft over the years as both my children were very into it a couple of years ago.  I would have to admit to never paying that much attention to it but I always thought it looked easy….I did not find this to be the case when I started using it!  I was putting blocks in the wrong place, I couldn’t fathom out the camera angles, I was turning the opposite way to that which I was trying to….I was ready to give up but the p6 pupils were great at helping me to find my way and I soon got the hang of it.  I think this is a valuable lesson in itself that a teacher shouldn’t be afraid to use the skills of their pupils to enhance a lesson.  It is ok to not know everything and it undoubtedly gives the children a sense of satisfaction to share their knowledge with others. 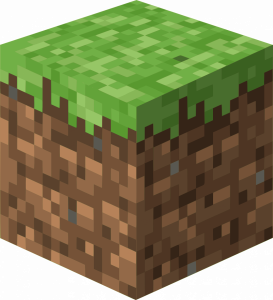 Once we had all had an opportunity to use Minecraft our creations were assessed by the pupils and we were given feedback.  I could see how that could be used in a real class setting as part of a literacy task. Reviewing and then writing the review of an aspect of the game.

After today’s input I still would not think of myself of competent in Minecraft but I have seen enough that I am won over to the benefits of using it to enhance a class project.  I would not be held back by my lack of knowledge of the game in the sense of actual game play because the learning that we seek in the classroom does not come from the game itself but from the context that we are using it in.

The use of computer games in school can help to overcome what is referred to as ‘digital disconnect’.  “Children engage in rich and extensive uses of Information and Communication Technologies (ICTs) at home but this knowledge and experience is then kept outside of the school gates” (Buckingham, 2007 cited in Learning and Teaching for Scotland/Futurelab report: The impact of console games in the classroom: Evidence from schools in Scotland).  The Curriculum for Excellence is very much designed to try and address this issue and as such technology is both a curricular area on its own but also one which is very much geared towards learning with and about technology across all subjects.  It is important to keep pushing forward with this immersion of technology within education so that we can move away from the situation Veen and Vrakking warn of whereby children “…now possess evolutionarily distinct advantages over adults. They are ‘active processors of information, skilled problem solvers using gaming strategies and effective communicators’ who ostensibly ‘consider schools as disconnected institutions, more or less irrelevant to them as far as their daily lives are concerned. … In fact, Homo zappiens (children) are digital, and school is analogue” (Veen and Vrakking, 2006).

Some Curriculum for Excellence Experiences and Outcomes that I see as relevant to todays discussion are:

When listening and talking with others for different purposes, I can: 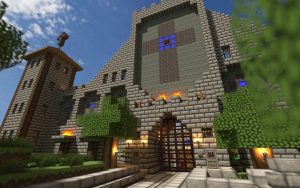 Futurelab & Learning and Teaching Scotland (2010) The impact of console games in the classroom: Evidence from schools in Scotland [Online] Available at: www.futurelab.org.uk [Accessed 13.3.18]