No, not really. However, I am feeling very nervous about placement which begins TOMORROW. I say placement but is, in fact, a “prac”. I arrived in Australia Friday just passed and about to undertake a placement in Somerset College, an International Baccalaureate world school in Queensland!

As well as all of the nerves I felt before my last placement, I’ve accumulated about ten zillion more. Well. Ish. This is a totally different curriculum to Scotland and I am so incredibly excited to learn more about it.  An (unexpected) tour around the school when I was

An (unexpected) tour around the school when I was fresh off the plane has really given me a feel for the place. It is nothing like any of the schools I’ve been in before. It has an Olympic-sized swimming pool (which actual Olympic teams come over to train in!), a massive gym complex, sports fields, running tracks, multiple buildings, hugely facilitated classrooms all on a campus about four times the size of the campus at Dundee Uni! A short introduction to my class and a quick chat with the teacher has given me a little insight into the class dynamics. Lots of excitable little faces that I can’t wait to teach and learn from! 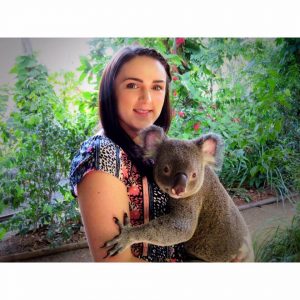 Australia as a place is EXTREMELY HOT. I am boiling, but it is way better than chilly Scotland. I
am very intrigued to learn about how the sun affects the daily routines of the school. I am so excited to learn more about Somerset and Australia, which just happens to have the cutest koalas EVER.

The term “feedback” means helpful information which is used in ways to either praise or criticize your work. It is important in order to motivate you to continue, and in some instances, try harder. It is also useful is instances of criticism to get someone else’s view (through constructive criticism), to help you identify which areas to improve and how to do so. 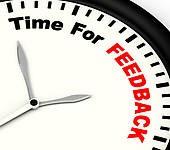 The feedback I received was very positive and I took it to be a positive experience. It gave me confidence that what I am doing is right, and that others can relate to it and agree with my thoughts. It was carefully constructed and I could tell the person had taken their time to read my post and really think about it, which is great to think. I agree fully with the feedback I was given, I took my time to ensure I covered all areas of the success criteria, so they fact they picked up on this is very beneficial to my confidence. However so far at this moment in time I have not been picked up on any areas for improvement. I am sure there are many, and I can understand it is not a nice experience to criticise your peers and therefore very easy to accidently avoid doing so…

Initially I felt great giving peer feedback as I know it is a great confidence boost to hear positive things about your work. As I went on though, I began to realise that where my feedback will be making people feel good, it isn’t highlighting to them any areas for them to improve. i then began delving deeper into people’s posts to try and word things in the nicest way possible which made the situation much easier. Most people however had such fantastic posts I was literally sitting with what I would compare to writer’s block!

From carrying out this task I have learned that whilst it is important to highlight where people are going well, it is of equal importance to give constructive criticism. I have also learned it is very hard to tell your peers of the criticisms you have picked up on. This will be applicable further into my studies when I begin working closer with my peers. When it comes to reading over their work, I will definitely consider what I have learned from this when giving them pointers!

This is also relevant to the classroom. Children do not want to be bombarded with corrections 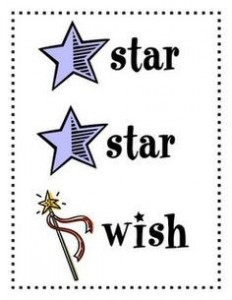 as it is likely to defeat them and cause them to lose all hope with their learning. As a pupil at primary, my teachers always used “two stars and a wish” on my word. This is an effective strategy of peer feedback which ensures both praise is given and constructive criticism. There are also other methods similar to this that I was unaware of. One which struck me to be very interesting is “plus, minus, and what is next?”, involving a praise, a criticism, and a pointer of what to do to improve further. There are so many strategies for feedback it is amazing the amount of different ways you can give it.

Overall I find feedback a seriously effective strategy. I feel it is important to give praise in order to motivate pupils, but it is also important to give constructive criticism. Without giving someone a pointer of how to improve, what is the point of the initial feedback in the first place? (Obviously apart from the obvious motivational purposes.) Everyone wants to know how to improve in one way or another.

A little more insight into feedback in the classroom…

For the Developing Professional Skills and Abilities unit on Blackboard, I chose to watch 24

Hours in Police Custody. The serious nature of the issues within this programme really highlighted the professionalism required of the police involved.

In relation to the first part of this unit, I found a lot of the words I had associated with professionalism were evident within this police force. In the first instances, the police officers had to be well informed. Before arriving at the house, they had the responsibility to gather information on why they were going to arrest this person, and gather factual background information to give him reasons for his arrest. It is also important they are skilful in their specific job. For example when they are tracking IP address on this programme to find out who has been accessing the child pornography.

The police’s skills were most noticeable when initially interviewing those in custody. It is very clear that they have to use their patience in order to get answers from suspects. Not everyone is willing to tell the truth right away. They also have to be very knowledgeable on different behaviours. It may be clear from the way a person is acting whether they are telling the truth or not. For example, lying can be noticed when people cannot hold eye contact, or use little to none hand gestures when talking.

The police however did not act professional when the man in question takes a break and leaves the interview room with his lawyer. They express their annoyance to the man who is only replying with “no comment”, by slouching right back in their seats and both throwing their arms over their heads – in such way to express defeat. The woman then jokes with the male interviewer about how he is not wearing a t-shirt under his jumper. This is very unprofessional as the interview recording is still rolling, not to mention the fact they could have used these few minutes in a more effective way – such as discussing any suspicious behaviour or their own thoughts on the situation.

Their professional behaviour had a positive effect on the safety of his child. When he is first released, they put into action certain plans; including that he cannot return to stay at his own home, and he is not allowed to see his child unsupervised. By using their professional behaviour to consider the safety of others, they have essentially prevented any further issues that may have arisen.

Their professional behaviour had an initial negative effect on the suspect. By using their developed abilities they were able to find out the sick things he was looking up within his own home. The man, a DOCTOR, would never have expected to have been caught, and as the voiceover on this video says; “someone’s world is about to be turned upside down”. This is only however negative to the suspect as it is not what he wanted – to be caught. But it IS very positive for everyone else; for those around him, and the wider community – especially his patients. 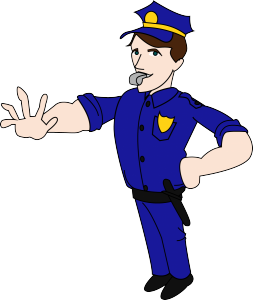 The dress code of our police force is very important. It is an easily recognisable way of identifying the power of those who wear it, which can be helpful if you need help quick in a busy place and do not know who to turn to. It is also stated within the law that a police officer must be in uniform to use certain powers; however they do not have to wear a hat to warrant an arrest which I have always been brought to believe. I think what they wear is important but they should wear what is relevant to the situation they are in. When undercover and trying to obtain information, it is important they are not recognisable as it has been found the well known uniforms cause people to act indifferently. However, when at an event policing it and ensuring it is safe it is extremely important they are identifiable so people know who to go to in order to seek help.

If I was asked to develop a degree to train police, I would use the following training methods:

From this activity I have learned that professionalism can be seen in way more aspects of a person’s career (such as the police) than initially thought. In order to be an effective professional, we should develop knowledge on how we should act in all areas of our career, such as when we are not at work but still identifiable – continuing to live up to our professional expectations in our behaviours, attitudes and actions.

I will apply this to my own learning and development by ensuring I live up to my professional expectations ALL of the time. I will continue to participate in further reading in order to widen my knowledge and understandings of teaching. By doing so, I will become a positive role model to those around me, hopefully influencing others to take their professionalism just as seriously.