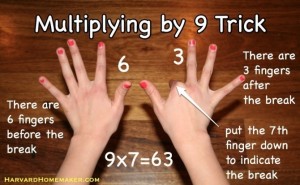 As we are just finished week three of the Discovering Mathematics but we have just started our new ePortfolio on glow blogs: this introduction is a bit overdue so it is not one hundred percent an introduction precisely.

Before starting the elective on mathematics I was a mixture of nervous and excited. I haven’t studied maths since fourth year in academy which meant this could test my maths skills a bit. However, after the email (from Richard) and hearing how enthusiastic Richard was about the maths elective made me think how great this elective could be. I knew that I had enjoyed teaching maths on my first year placement and I was looking forward to finding out new and exciting ways to bring maths into the classroom.

So far, this is possibly the most engaged I have been with any module. I am really enjoying all of the lectures and the lecturers excitement about maths. There is so much about maths that I did not know about and it has so far totally changed the way I look at maths and the way I feel about maths all together. I have been eager to blog and share my discovering mathematics experiences so far.

I am looking forward to the rest of the module, blogging about my experiences and taking the maths anxiety quiz again at the end to see how my feelings towards maths has changed over the elective.