Although I said in a previous post, Aberdeen and the Shire is a quickly changing city, so much so that I sometimes barely know my own local surroundings. However, ‘up North’ we do have some national treasures that are preserved in the town and surrounding areas history. As I had said previously, I was adamant to discover something different about my local area when I came to visit this weekend after failing to notice the beauty of everything surrounding me last weekend. Therefore, this morning I headed off on a little trip further North onto the Visit Scotland (2016) Castle Trail. I headed towards Dunecht to Castle Fraser. 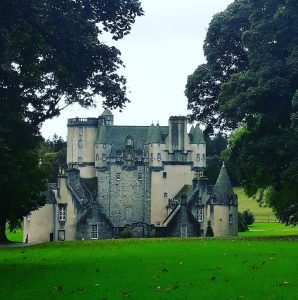 Last weekend on my drive home from Inverurie, I had spotted the Castle Trail tourist information sign. After researching this trail when I got home, it turns out the castle it could have been directing me towards was Castle Fraser, therefore that was the one from the trail I choose to visit today.

Before leaving, I had chosen to do no research into Castle Fraser apart from the little snippet of information that was on the Castle Trail booklet. This was so when I arrived at the Castle I would have the same experience children would most likely have if I was to use this as a class trip. 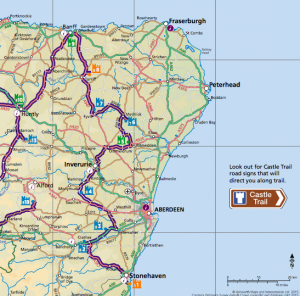 (The little snippet of information I had before the trip (left) and part of the Castle Trail (right) (Visit Scotland, 2016) in Aberdeenshire.)

Much to my surprise, when I arrived there, the car park was quite full. Normally whenever I head to Dunnottar Castle, excluding once in the peak of summer, the car park is always empty. The castle was very busy with at least two other visitors in every room I went in. There were castle guides in 3 of the rooms as well who were very knowledgeable not only about the castle and the artefacts in the castle but also about the Victorian period in general. The majority of the visitors in the castle were older ladies and there was only one family with children. There were other families on the castle grounds doing the walking trails and in the play park.

When I first got to the castle, I took a wonder around the grounds. Castle Fraser is surr 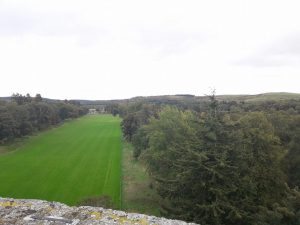 ounded by copious green space: there are trails to walk around the grounds, the walled garden, play park, cafe and a visitor shop. At the shop, prior to going into the castle, I bought a Castle Fraser booklet. The information booklet would be fantastic for a teacher before going on the trip as it gives a wealth of information about the castle in general, each room in the castle, the Fraser families who occupied the castle and general Scottish history surrounding the castle. The castle dates back to first being built in 1454, around the time of the Scottish reformation, when the Fraser family was granted the land in exchange for Thomas Fraser’s land at Cornton (National Trust for Scotland, 2016, Pp. 3-6). The castle has since been renovated several times and is preserved, in the second to last renovation, in the early eighteenth century layout and decoration (National Trust for Scotland, 2016, p.8). The last renovation was in the nineteenth century but no inventory for how the castle looked then has been discovered (National Trust for Scotland, 2016, p.8). 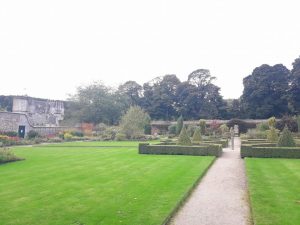 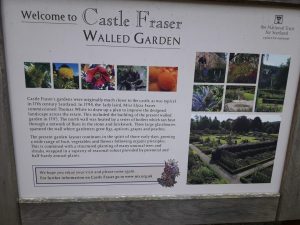 (The Walled Garden in the grounds surrounding the castle (above).)

The booklet gives an in depth information of the tour around the castle. There are also information cards in each room going into more depth about the room and all the artefacts you can see in the room including the paintings and wallpaper. These go alongside, as previously mentioned, the fantastic castle guides. With the artefacts being the Fraser families’s belongings, it is a great way to show people, especially children who may never have had the chance to see these artefacts, primary sources from this time period. The artefacts have been incredibly well maintained over the years, which gives a more realistic understanding of these possessions than looking at photographs in my opinion. 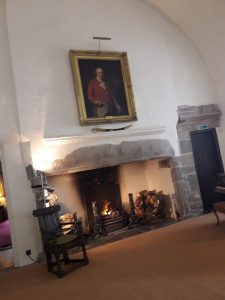 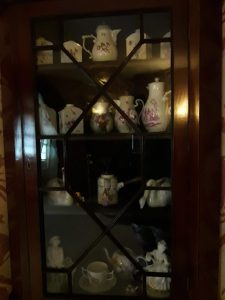 (The Great Hall (above) and some artefacts, of the Fraser families’ belongings, from inside the castle (above and below)) 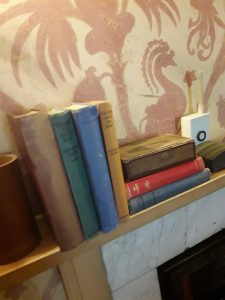 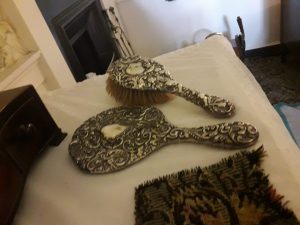 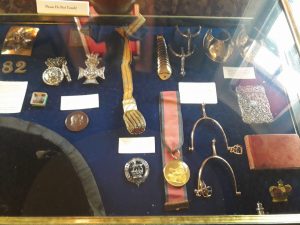 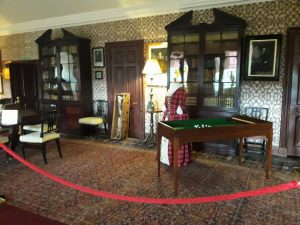 I feel Castle Fraser would lend itself nicely to topics of Victorians or the Jacobites as it is maintained in the 18th and 19th century renovations with artefacts from the Fraser family dating back to those periods (National Trust for Scotland, 2016). The Dining Room in the castle, for example, has a Victorian table with the Fraser family silverware, glass and china on the table (National Trust for Scotland, 2016, p.14). Due to the wealth of information, the fantastic green space and the surrounding grounds, I feel this would be a suitable place for a school trip for those topics. 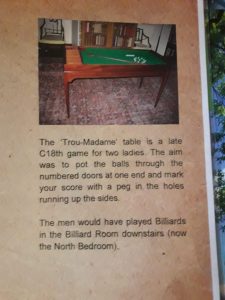 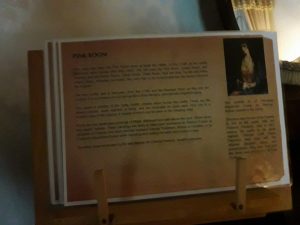 (The information cards that can be found in each room).

Personally, I thoroughly enjoyed my time at the castle, I feel it helped me discover something about Aberdeenshire in my bid to develop my local knowledge. The visit has made me more interested in local history and where possible, I want to carry on the Castle Trail (Visit Scotland, 2016) as there are still many more castles in Aberdeenshire to discover. When I was in the castle, I spoke to a lady, who was also visiting the castle, she was so enthusiastic and passionate about the fantastic history and castles we have in Aberdeenshire that it inspired me to visit more soon!

3 Replies to “Discovering a Preserved City.”