Yesterday in the Discovering Mathematics elective we were discussing number systems and investigating patterns and sequences. We were asked why we have numbers, which – to me – is one of those questions that just makes your mind go completely blank. So, why DO we have numbers? Some say for time and distance – measuring if something is twice as far away, others say numbers are used to make things fair by halving between two people. I think there are far too many possibilities to fit in one answer. Numbers are around us all of the time, from our phone numbers to telling the time, to watching the speed at which you are driving your car. Numbers allow humans to compare, with some anthropologists suggesting that trading created a need for numbers.

Instead of focusing on numbers, we looked at the actual numerals themselves. Numerals as we know them, 1 2 3 4 5 6 7 8 9 0, is only one form used, although probably the most popular, in the world. There are also – 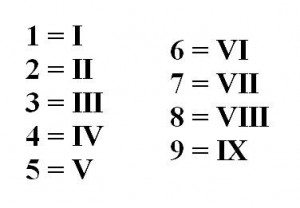 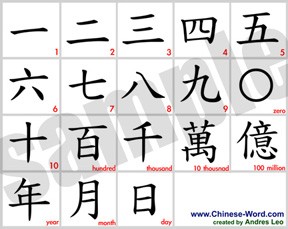 We started off with a triangle theme, because we felt like it!

Then we decided our numerals would simply be called the same as ours, but backwards. The result – Slaremun! 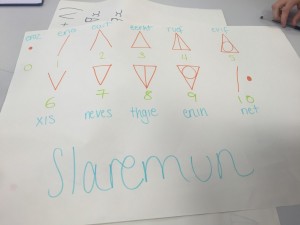 We then put slaremun into a quadratic equation.. 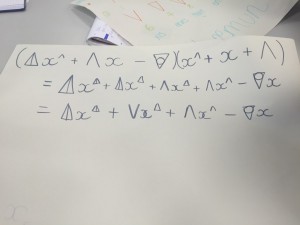 ..and it worked! We were so proud of ourselves we had to give our group a round of applause. I definitely think slaremun could be the future number system used worldwide.