I recently had a lecture on Comparative Education, and it focused on the difference in Early Years in Sweden compared to the UK. I was completely shocked at the difference, and it really opened up my eyes to how these differences can affect a child’s learning.

First of all, Early Years in Sweden lasts until the child is 6 as they don’t even start school until they are 7! In the UK, kids start school at the age of 4 or 5 regardless of whether they are ready or not. Beginning to learn to read and write at 4? It almost seems impossible and for some children it is, making their time unenjoyable and demoralising even from such a young age as they can’t keep up. It can also cause stress for the teacher as they are having to ensure their class reach certain standards almost straight away. Here in Dundee, kids are thrown into the world of ‘Read, Write, Ink’ almost as soon as they walk through the doors of primary one. At age 4 and 5 in Sweden, they spend half of their day outdoors, climbing trees, singing songs and having fun, which in my opinion is what they SHOULD be doing at that age, building and developing vital social skills – not literacy or numeracy.  More views on the British school starting age here – http://news.bbc.co.uk/1/hi/education/7234578.stm 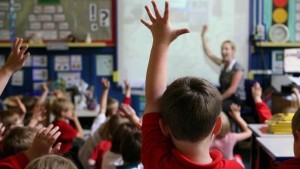 The Scottish Government recently increased the amount of free hours of childcare 3 year olds are entitled to.  This is all fair and well, but it doesn’t help parents who have full time jobs as they still have to pay for extra hours (which is usually a staggering amount), and what about before the child is 3? In Sweden, pre-school centres are open from 6am until 6pm to suit every family’s needs for children aged 1 to 6. Childcare is heavily subsidised by the Swedish Government (Sweden spend on average 3 times more than the UK on nursery education) with parent’s only having to pay approximately #7.50 per child for the WHOLE day – including all meals and snacks. In these pre-schools, each room is extremely decluttered to allow room for play, and gives off a very homely vibe, including a kitchen (which the kids are allowed to access whenever they wish to get a drink or a snack). The children and teachers remove their shoes inside, and eat breakfast and lunch around the table together. In my view this creates such a special, family-like atmosphere in which the children feel safe – an extremely vital part of early years development. 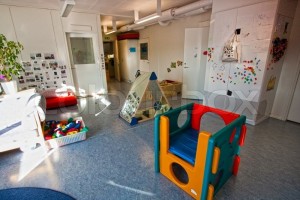 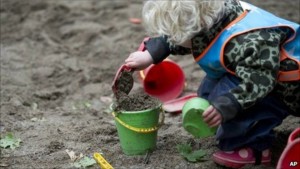 In the Swedish curriculum it states that it should not be the child themselves that are evaluated, but the processes of learning. I completely think this is correct, as what is important is not so much the result but the journey. It also contributes to a highly enjoyable learning environment where, the children learn without realising as they are having fun! In the UK, we work towards tests and prepare the child for testing, whereas in Sweden they work towards the individual child. This is so important. The child should always be priority. 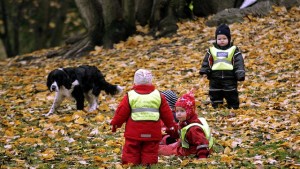 In Curriculum for Excellence, there admittedly is more of a focus on outdoor education, which most likely has been inspired by the likes of Sweden or other Scandinavian countries. However, pre school children in Sweden spend at least half of their day outside regardless of the weather; by the lakes and mountains; climbing trees; walking through the woods; sailing across the lakes; building bonfires. As soon as there is a a spot of rain in Scotland the wet lunchtime bell rings. Although I completely admit there is a profound culture difference, I still think Sweden are doing something right. Outdoors, the children are using all of their senses whilst being independent, having fun, and learning key skills. All without the use of follow up work sheets, meeting experiences and outcomes, or using thumbs up as a form of assessment. In my opinion this system sets a brilliant foundation for children’s learning whilst allowing them to be free and letting ‘kids be kids’.

And for those of you thinking that because they start formal schooling nearly 2 years later than us, they must surely be behind us academically? Wrong. Sweden lead the literacy table in Europe. Could this be because of their play centred learning approach in the early years?

Although I know change will not come overnight – it never does – I really hope that one day Scottish Education in the early years becomes similar to Sweden, or at least follows in some of it’s footsteps. Maybe later in my career as a teacher I can be a part of this change. Fingers crossed!

All information from references and video attached.

Alvestad, M. and Pramling, I. (1999) A Comparison of the National Preschool Curricula in Norway and Sweden‟. Early Childhood Research and Practice, 1/2 Downloaded from http://ecrp.uiuc.edu/v1n2/alvestad.html#Utbildningsdepartementet98a