Today we had inputs of Music and Drama.

Today we were learning the basics of how to play the ukelele. 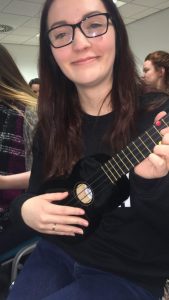 We learned the main 4 chords to play on a ukelele which was useful as this is what most songs are made up of which is highlighted by the song ‘4 Chords’ by the Axis of Awesome. This was a really fun lesson as we had the chance to practice the basic skills we had picked up by playing along to the song ‘Last Christmas’ by Wham. It was very useful as the ukelele is becoming a popular instrument within primary schools and something we will most likely encounter throughout our careers.

Today we continued with the other half of the class’s micro teaching of their particular children’s book. 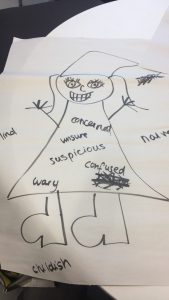 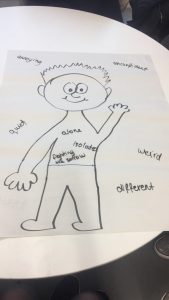 This week it was my groups turn to deliver the lesson. The book we chose to use was ‘A squash and a squeeze’. 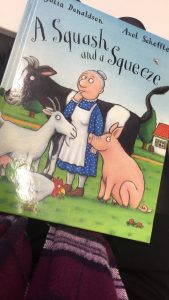 We read this story to the class and used the drama conventions role in the wall and thought tunnel. This was good to gain the experience of how to deliver a drama lesson and understand what would go well and what would require improvement. It was helpful in increasing my confidence in teaching drama.