With the introduction of standardised testing in Scotland are we further removing children from their childhood and just instilling the pressure of education earlier. The belief is that these tests will increase attainment in schools. The results of these test will also be published to create league tables for primary schools. However, I feel this will just increase the pressure of achieving and progress for both schools and more importantly children and remove the enjoyment of education for all.

In a recent lecture at university, my lecturer mentioned UpStart, “A campaign to introduce a kindergarten stage for children 3 to 7”. This prompted me to look further into this as our module this year has covered comparative education and in particular we discussed Sweden who have a similar model to that proposed by UpStart. (Upstart Website: http://www.upstart.scot)

Sweden has a different approach to early education than the UK. Primarily their primary education doesn’t start until the age of 7 and instead they have a pre-school stage for 6 year olds. The children also address the staff by their first name, and the staff sit down with the pupils to eat lunch together in a homely environment. I think this promotes inclusion in the classroom as the teacher has the chance to get to know all their pupils, build a class community and a trusting bond together. These are all important aspects of education today and I hope to be able to build into my practice.

Additionally, their classrooms accommodate for children’s play by incorporating a large area in the classroom just for the children to explore through play. I feel that UK nurseries should incorporate this more as it is important to allow children to discover their own learning and interests and be free to be creative and learn through their mistakes in a supportive environment. 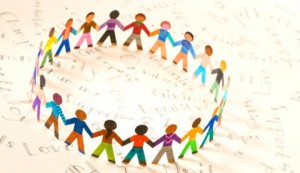 This is what UpStart proposes, to build children’s social skills, language and a solid foundation to then build on in school. At the same time, they suggest that a later start to education can close the achievement gap that standardised testing may increase. In fact Maggie Dent, in her article shows that Australia, who in their previous government introduced formal testing and school rankings, are 5th in the recent OECD rankings for basic literacy and 13th for numeracy. Whereas Finland, who leads this kindergarten approach of starting formal education at the age of 7 and no standardised testing, are at the top of this league table.

These statistics show the potential educational benefits of this system, as children build a strong foundation in which to develop and confident in their abilities before being introduced into formal education. It can also create a lasting enjoyment for education as their is no pressure to develop at a prescribed speed but at one which suits each individual learner.

Furthermore, I agree with her point that as teachers we need to see children as learners and explorers than a statistic and percentage for a particular ranking. Unfortunately this is not particularly possible in our education system today due to the hierarchy of schools to ensure standards of education, from the government to headteachers. This is an important factor to ensure standards of education and to make sure every child is being supported through their development. However, I feel that we may lose sight of what is important due to the accountability aspect of teachers.

Additionally, Dent suggests that giving formal work to young children just increases their stress and so builds early anxiety in the children. Thus potentially further hindering their education as they are given work which they may be unable to achieve and so pressurising the children to achieve rather than allowing them to enjoy their learning. This can also make them very result orientated as we are with exams in higher education thus creating doubt and failure in pupils at an early age and so demotivate them from challenging themselves later on.

I am looking forward to looking further into this idea and finding out more about UpStart’s campaign in Scotland and especially in Dundee.