Today was our first session of Expressive Arts and Culture. We focused on music and how it can be used to represent different animals. An example shown to us was by  french composer, Camille Saint- Saens. To represent a tortoise, he reduced the speed of the music to the can-can to display the slow and quiet movements of the tortoise.

We separated into break out rooms and were instructed to compose our own piece and sounds to represent an animal of our choice. My group chose a flamingo. We decided that flamingos are elegant and graceful therefore the music we produce should match that. However, on zoom this presented as a challenge as it was hard to hear each other due to unstable internet connections as well as having a lack of instruments. With some creative thinking we managed to compose our piece using: 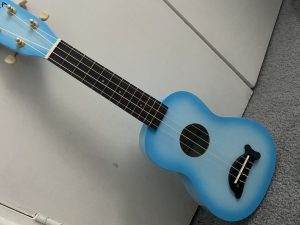 The two metal spoons represented the beat but we also had the idea that it could represent wings flapping. We thought that by doing a gentle strum of the ukelele and slide of piano keys we would create a calming effect to represent the flamingos sleeping while standing on one leg in the water. Once playing this we found that it did not have the desired effect  however that was partially down to zoom not responding on time. We used the child’s toy as it had animal sound features which included a duck. After researching what a flamingo sounds like we agreed that it was similar to a duck’s quack therefore incorporated it into our piece. This would be a good activity to do with children as it allows them to use prior knowledge and research skills to explore different animals and music as well as allowing them to experiment with different instruments and tempos.

This activity can achieve the following experience and outcome for music:

This is something that I would use in future practice as I could link it to various topics. I believe it would be really good to use when studying dinosaurs with a class as they can use loud instruments such as drums and symbols to represent a scary T-Rex.