My family have always been into board games therefore I’ve grown up with the rituals of always playing them on boxing day etc. Thinking that there was maths behind these games and even simple mathematical methods used to win the game made it even more interesting and in intrigued me to investigate more. 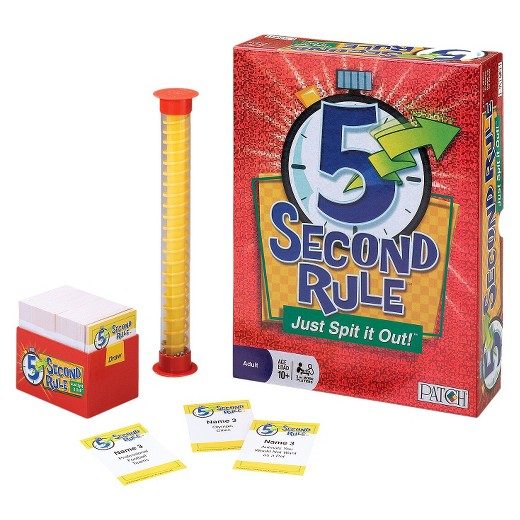 behind the game. On my table we had ‘The 5 Second Rule Mini Game’. This is a quick thinking and fast-talking game which puts the chosen individual under pressure. The question master will ask a question, for example, “Name 3 foods beginning with the letter ‘c’?”. The timer will be turned, and the chosen individual has five seconds to answer the question. This frantic game puts you under pressure and can make your mind go blank with the fast pace and the pressure!
After investigating this game we were able to analyse and find the mathematical connections. The five second timer is a mathematical link as there is a countdown from five to zero. There is also a mathematical link from the question being said aloud for the listener. The mathematical equation is how long the listener takes to process the question and understand what the question is asking them. The processing of this is different for everyone and some people are slower or faster than others.

We also discussed the technical game of the Rubik’s cube. The Rubik’s cube is a 3-D combination colour puzzle which was invented by Ernő Rubik, a Hungarian sculptor. The Rubik’s cube is also known as the magic cube and has six sides with six colours: white, red, blue, orange, green and yellow. The aim of the game is to make each face of the cube a full colour. After investigating this game, I realised that there could be cheats on how to solve the puzzle in the fastest time! Every square has eight corners, twelve edges, 6 faces. There are 40,320 combinations to solve a Rubik’s cube! The mathematical connection which I found interesting was that each equation/combination which solves the magic cube has a different amount of moves therefore some combinations are faster than others!

Here is a video of the world record of solving the Rubik’s cube. Patrick Ponce was able to solve it in 4.69 seconds! It’s interesting watching him look at the cube before he begins, analysing the combinations and sequences of the coloured squares starting positions. It’s weird to think that he solved this in 4 seconds and it’s averaged out that we blink nearly every 4 seconds. You could easily miss him solving the magic cube by blinking!