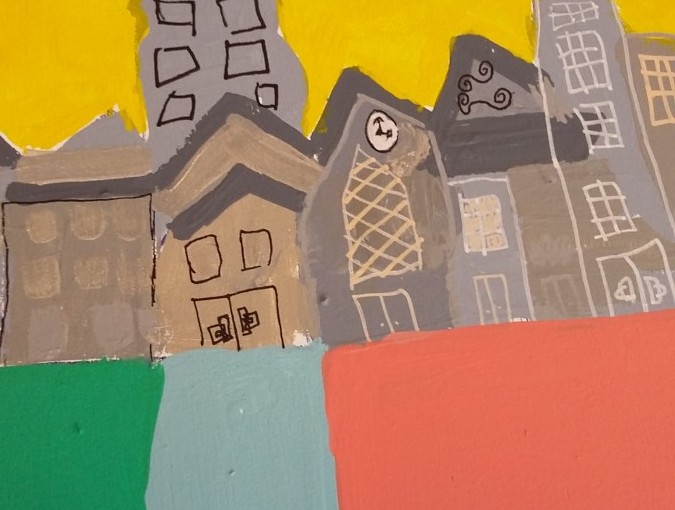 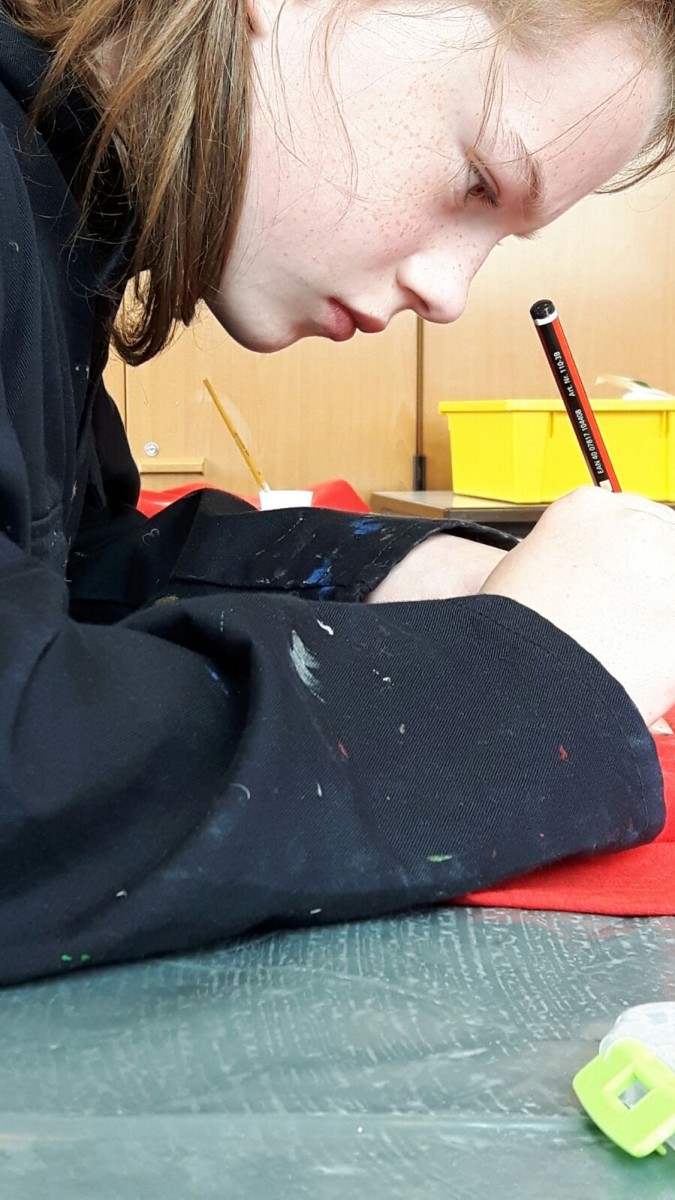 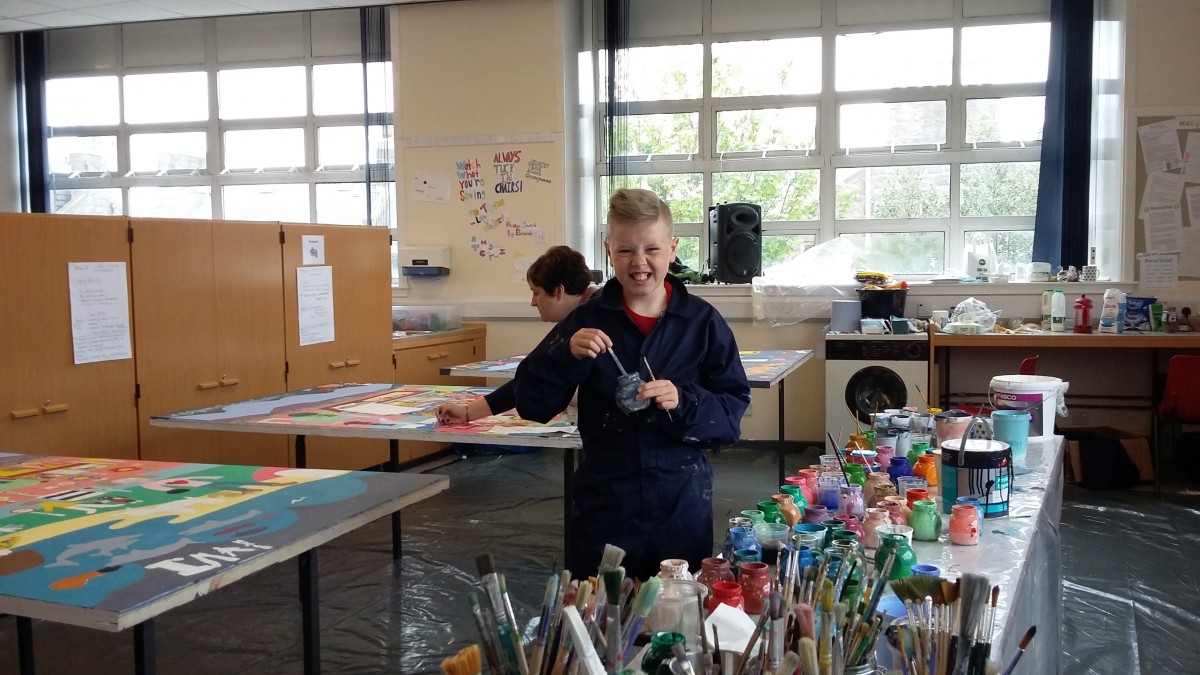 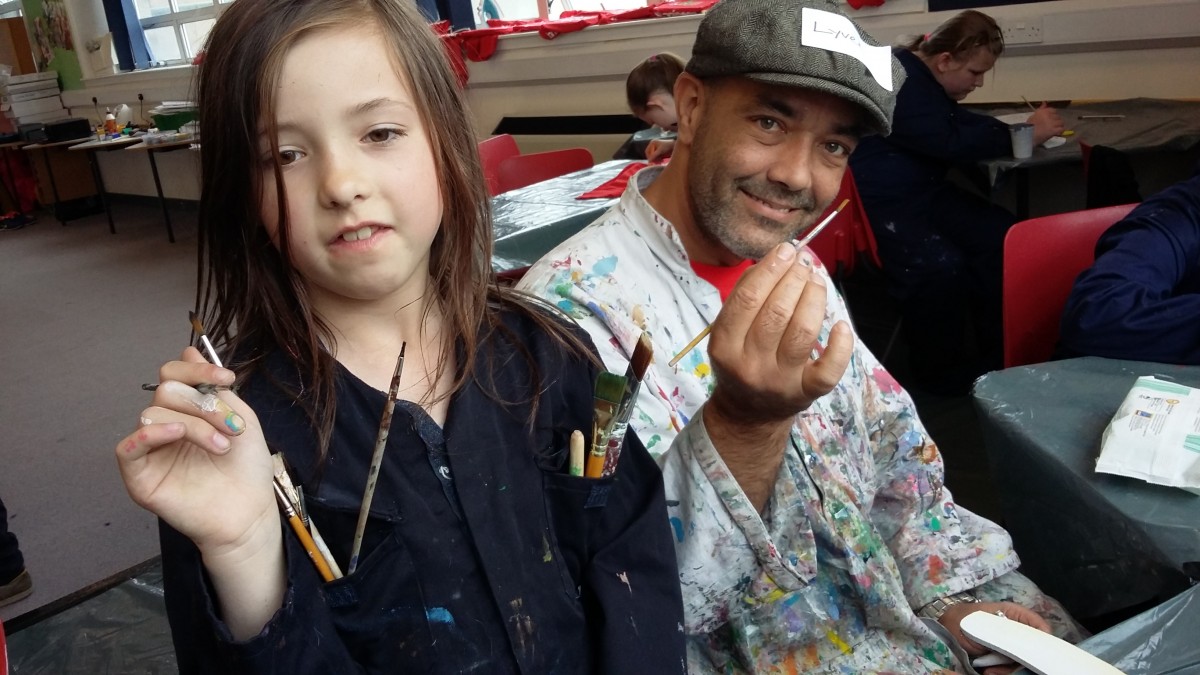 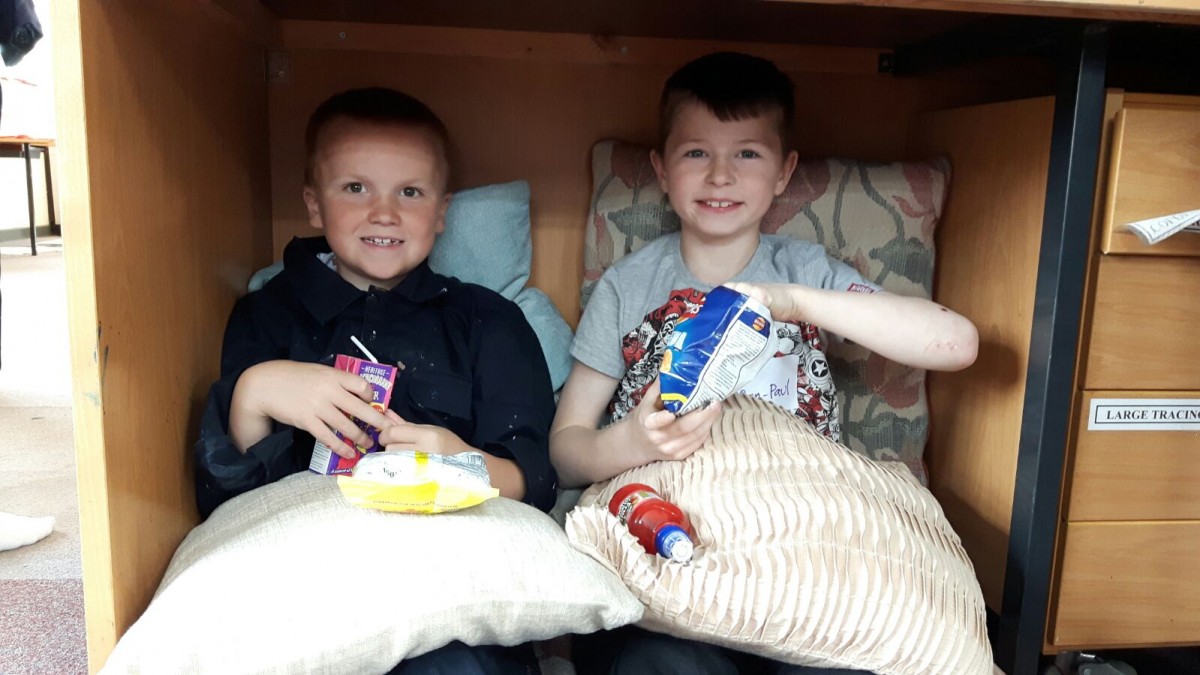 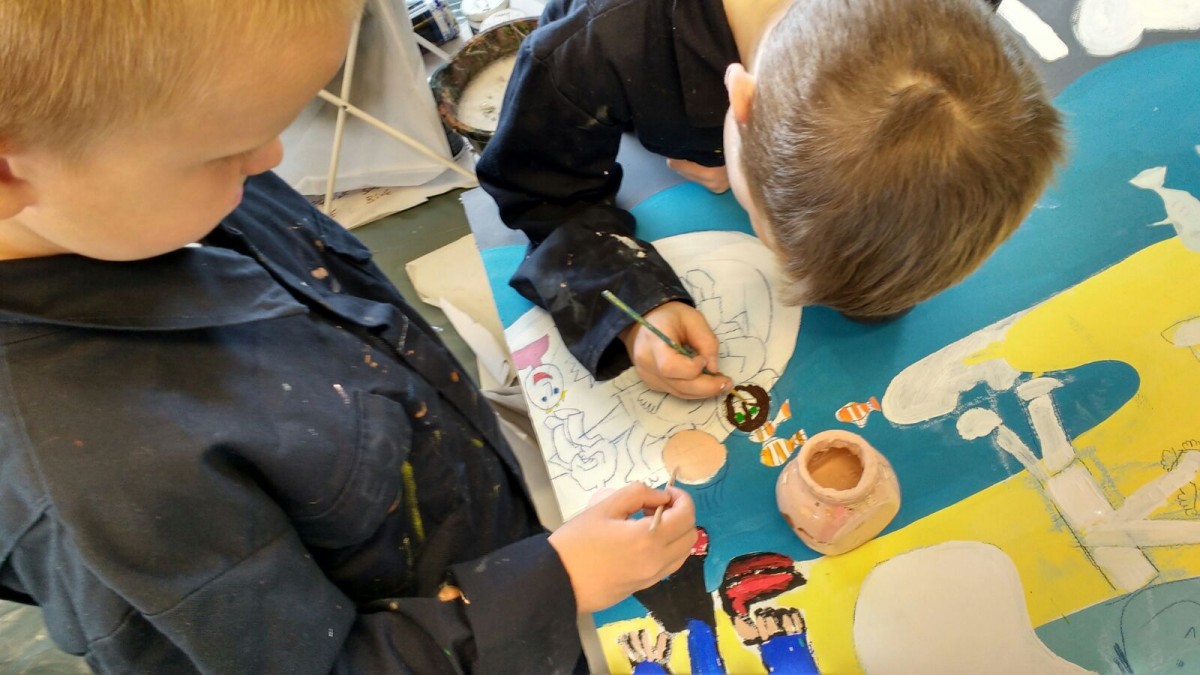 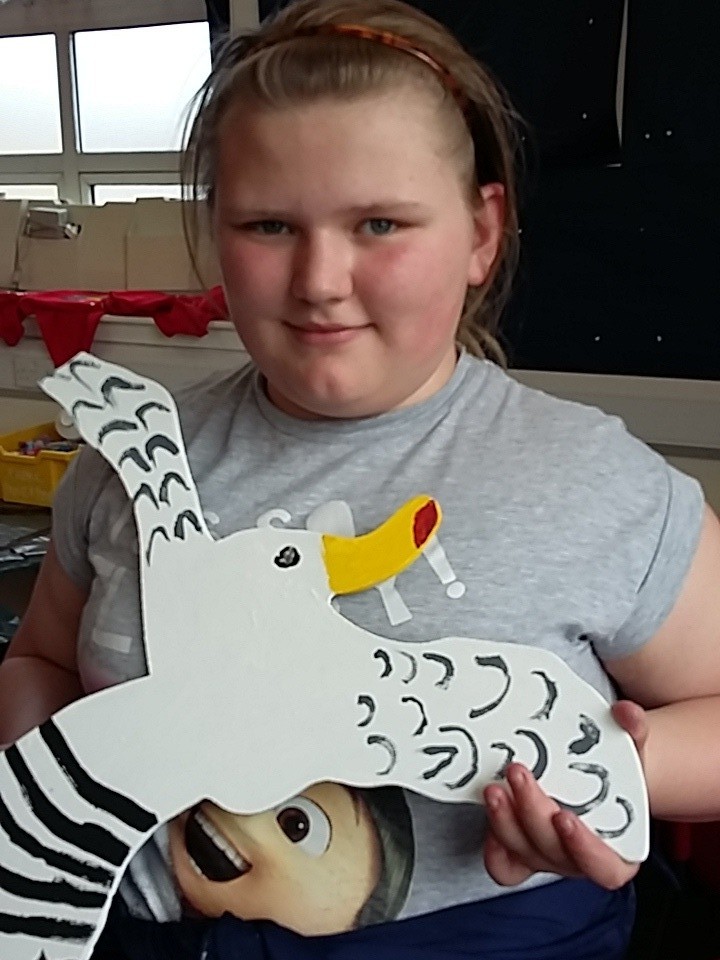 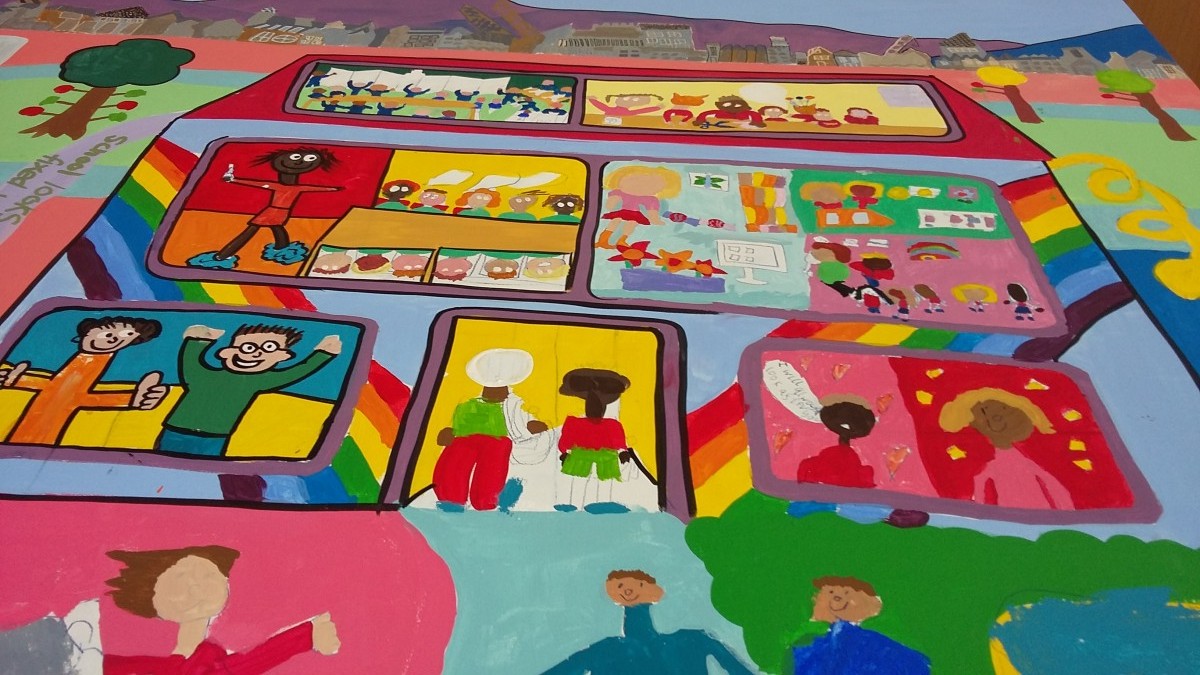 The Imagining Aberdeen mural is going to be very positive, colourful and happy and represent Tullos, Riverbank, Manor Park and Bramble Brae’s pupils’ future vision of Aberdeen. Cut-out seagulls will fly above the mural with things the Imagineers would change about Aberdeen.

‘The seagulls are going be going up above the mural. One side is white and the other black. On the black side will be bad things we don’t like about Aberdeen that we would change to make it a better place. Here is what we wrote on our seagulls:

‘My favourite part of the mural is the house because you can be healthy, happy and safe there. People are having fun and watching TV. The family are at the table with fruit and vegetables. Everyone is together with their family.’

‘My favourite bit is the fun club because colours make me pop and it is very colourful and beautiful. It is really amazing. It looks nice to see and would look nice in Aberdeen for all kids. Kids can play with other people and get to know them there.’

‘My favourite bit is the same as Sean Paul. It is the part of mural which days ‘I believe people don’t have to ask for love’ because this is true and amazing.’

‘My favourite part of the mural is making my Imagineers because children are getting the chance to express themselves and say what they want to do when they are older.’

‘My favourite part of the mural is the school because the classes are having fun, working hard, playing, making art and doing maths.’

One thought on “Day 4 of the Mural”