Over the last two weeks we have been looking at interdependence. Interdependence in its simplest form is the way in which two or more people or things depend on each other. Interdependence is split into three areas; economic, social and environmental. Economic interdependence is related to the global stock market and trading, and how we, as a country, are impacted by the value of other currencies, products and jobs in other countries. Social interdependence, because of technology and social media, is increasing. With most of the major media outlets being in the USA or Europe, American and European cultures and values are being spread throughout the world and impact on other cultures. It also means that the wants of those around the world are becoming increasingly similar and are allowing the economy to grow and feed on itself (Higgins, 2013). Environmental interdependence is something increasingly in the front of people’s minds with climate change invoking protests and political action. The biggest thing, in my opinion, that we need to be aware of is that pollution  is not confined to one country or one area it is a worldwide issue. We also have to be aware that habitats and animals that are endangered in one place have an effect on the world as a whole. We can see the impact of all three of these areas if we look at them in terms of the farms we visited and the sustainable fishing infographic we created.

We visited two dairy farms; an organic farm and an intensive farm. Economically the intensive farm had a bigger impact as they sold to supermarkets, however, the organic farm may also have an impact as they sell their milk for a greater price but sell to a smaller consumer base. This also links to the social aspect of interdependence as more people are looking to eat organic food and drinks, and are against intensive farming. This is something that couple be seen within my peer group when we were at the farm as many people comment that they did not like how the cows and calves were being kept and were shocked when told that the cows were milked up to five times a day. The other thing impacting farming in general, from the social side, is the approximate 542,000 vegan that live in Great Britain (The Vegan Society, 2016 cited in BBC, 2018). This is decreasing the sales of milk and other dairy products which has an impact economically as well as socially. Dairy farming does have a huge environmental impact. According to WWF (2019) “Dairy cows and their manure produce greenhouse gas emissions which contribute to climate change. Poor handling of manure and fertilizers can degrade local water resources.” Unsustainable farming, including the production of feed, can also impact the environment through the loss of habitats, such as prairies, wetlands and forests. 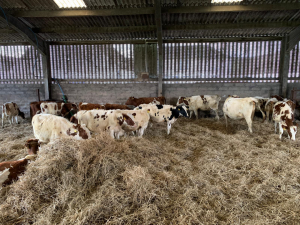 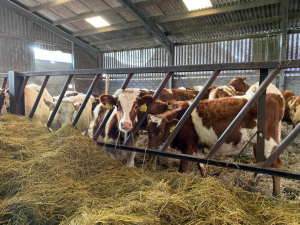 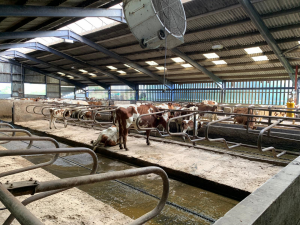 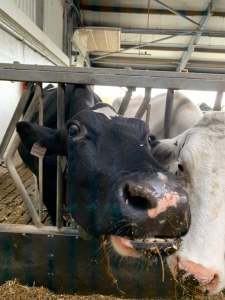 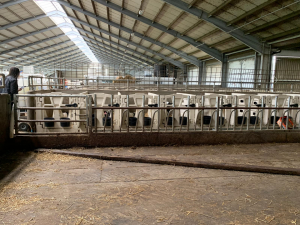 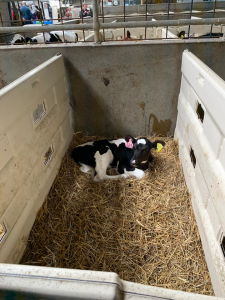 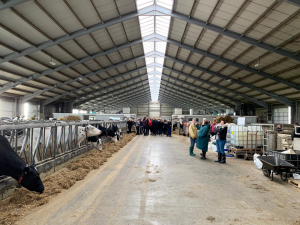 When we went to the farms I was rather apprehensive as I did not know what to expect and what condition the cows would be kept in. I loved the way the organic farm was run and how they kept the cows and treated them. However, I, along with a number of my peers, had a couple issues with how the intensive farm was run. We found that the cows were hardly ever outside a difficult concept to grasp and that they were milked up to five times a day compared to the organic farms one. This experience though made me more aware of the importance of educating children about where there food comes from. Children need to be able to make informed decisions about what food they want to eat, where that foods comes from and how it is made.

When reviewing my visits to the farm I developed my critical thinking skills and worked on becoming more ethically-minded as I had to really but into perspective of how I want the farms to be run and how that impacts my choices and decisions, and how it impacts the choices and decisions of others. For example, I would love to be able to support organic farming but, as a full time student with a limited income, I can not afford to buy exclusively organic products. I also came to the opinion from these visits, from research and other experiences in the past, that if someone is becoming vegan or vegetarian to protect animals from cruelty, they should consider trying to support the farms that do rear animals the way they like instead of cutting off everything but I’m also aware that, for the same reasons as I have, that this is not possible for everyone.   Through this I also believe I worked on “critically examining [my] personal and professional attitudes and beliefs and challenging assumptions and professional practice” which is one of the professional values under the GTCS Standards for Registration.