This piece of writing is a submission for my Expressive Arts E-Portfolio linked to my Assignment.

Ever since I created a short video of myself as Captain Scott in Antarctica, I have understood the importance of introducing (as accurately as possible) relative figures to children in Dundee. This would apply to the local area of anywhere I taught and figures related to that area. This links in with children understanding their heritage and their place within that heritage, how they can make links and also discover information that they have never known before.

When I was teaching primary 3’s this year and was asked to create a lesson on Captain Scott, I wanted to incorporate my drama skills into creating a stimulus to get the lesson started. In order to do this, I went a visit to the Discovery ( I couldn’t believe that I had lived in Dundee for three years and never gone a look!). This gave me a good understanding of the background of the expedition and the relevance and importance of it to the heritage of the Dundee people. I was inspired by a “Teacher in Role” chapter in the book WIth Drama in Mind: Real Learning in Imagined Worlds (Baldwin, 2012) with this activity in mind:

I discovered I could make a video in my own front room of myself in role as Captain Scott in Antarctica, looking to recruit new members for his team. The children would then compile what they would need in a cold environment and what skills and qualities they would need to be a good team member. From this, they could then fill out their own job application with what they felt was appropriate to get the job. This brought in interdisciplinary learning from across the board, including social sciences and health and well-being.

This was the video I created after much research and work went into it:

To create the video I had to find sounds that would have been relevant to both the time period and recording (I used a Morse code background) and the environment (strong gales and snow in Antarctica). The video was really effective in the lesson and all children, with differentiated tasks, were engaged fully and wrote some brilliant work!

On reflection however, I would have benefited by visualising the character more beforehand. This would have given me aspects of Captain Scott’s personality, accent perhaps and mannerisms that he possessed. It would have also given me insight to how he looked and how he would have changed in the conditions he was in.

This is why I have now created a visualisation of the character now based on research gained from that area:

In a very interesting research paper written by Scott Freer (2011), many of the key characteristics and storytelling’s of Captain Scott’s life are either relatively unknown, or assumed. Such as the nations view of him through books and passages that have actually been altered to suit the public’s iconic image of him. For example, some of the information regarding temperatures in the Antarctic were altered from 12+ degrees to -12 degrees to exaggerate the harshness of what the crew experienced on their defeated expedition to be the first group to reach the Shout Pole. This means the image of him, due to historic content being altered and changed, may be inaccurate. However, we can look at this critically and make our own opinion based on what we read. It is remembering that the context of the lesson is what is important: what we know is that Captain Scott was in Antarctica and was on the planned expedition.

Originally when I recorded the piece, I assumed polar bears would exist and I mentioned it in the video. On reflection I realised that they did not exist in the South region and therefore I changed it to a leopard seal. This was done through research and enabled me to be more accurate in my description of the surrounding environment that he would have experienced. 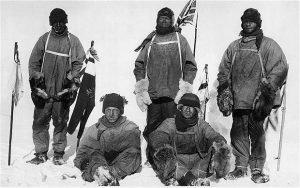 Scott and his team at the South Pole, on January 18, 1912. Unfortunately, only to find that Norwegian Roald Amundsen had beaten them.

In Antarctica, when the expeditions were at their most common from 1898-1922, the worst issue regarding clothing was the footwear and moisture retention when these and other pieces of clothing were removed. Most of these outfits would have been made by natural fibres, as synthetic materials were relatively new and not well understood.

Based on the information I have found, I will now create a diary entry based on what Captain Scott would have seen, experienced and felt during his experience in Antarctica:

I fear that we have not prepared ourselves well for this venture. We experimented with motor vehicles ,which I have very little knowledge about. And then I chose to use ponies to carry the supplies if these motor vehicles failed at any point, which they did. Our ponies that we have taken to move our supplies are now failing. They are unable to cope in the ferocity of the Antarctic temperatures and wind. I should have known that the dogs would have been better equipped and able to cope with the pace of this venture.

I fear we are running out of time. I have heard information over our field telephone that Roald Amundsen is venturing close to us. He has well-equipped dogs at his side and the strength of men. I fear he may reach the South Pole first. However I will not race him and I shall act as if his expedition does not exist. I will not risk losing any more men nor will I dampen spirits.

“He (Scott) cried more easily than any man I have ever known. What pulled Scott through was character, sheer good grain which ran over and under and through his weaker self and clamped it all together.”
Apsley Cherry-Garrard (1922) 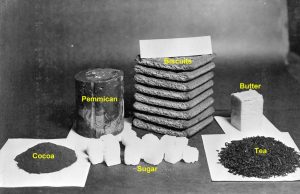 Rations for one man for one day while manhauling. This is insufficient food for the conditions and work rate. The energy requirement for manhauling is now known to be 6500 calories per day, the food ration in the picture supplied around 4600 calories per day. Scott and his men were effectively on a starvation diet that didn’t fulfill their needs leading to a loss of weight and condition which contributed to their suffering and loss.

We are growing tired and we are so close, yet so far, reaching perhaps only 6 to 7 miles covered in a day. However we are moving forward and not back. We have conducted research on Emperor penguins, and I hope, if nothing else, that this is a great achievement in furthering our understanding of this beautifully unknown paradise.

I hope to write to you again soon, for now I will rise into the 0 degree blistering cold and attempt once again to reach our one goal: The South Pole.

Cherry-Garrard, A. (1922) The Worst Journey in the World, UK: Carroll and Graf Publishers Ltd.

The Telegraph, (2012) Scott could have been saved if his orders had been followed, says scientists, Web. See: https://www.telegraph.co.uk/news/worldnews/antarctica/robert-falcon-scott/9770678/Scott-of-the-Antarctic-could-have-been-saved-if-his-orders-had-been-followed-say-scientists.html. (Accessed on: 08 Oct 2019). 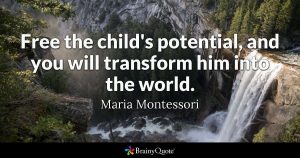 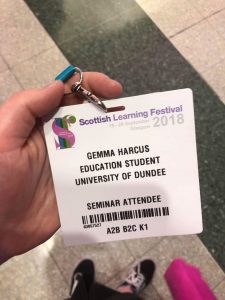 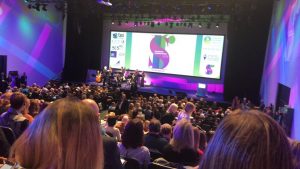 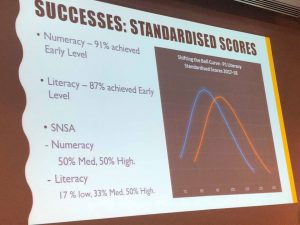 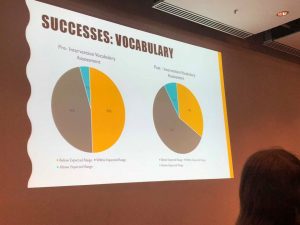 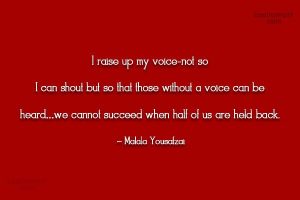