Throughout my time at school (both in primary and secondary), the most memorable classes for me were ones that emphasised on skills primarily used in the creative arts. Be this cutting cardboard with Stanley knives to make human sized dinosaurs or presenting wall posters describing Orkney’s role in World War 2. My favourite experience at school however was when I played Rizzo in Grease! 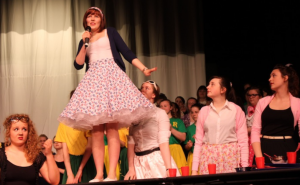 Yes back in 2014, I got the chance to play one of my least favourite characters (yes you heard right…LEAST favourite) in my world of musicals. The real story behind this was how I grew to love her through learning about who the real character was behind the attitude and how I apply and think about this in my every day life.

My drama and music teachers were my most influential and inspirational teachers at school. They saw my potential as a learner and encouraged me (and others in the class) to think outside of the box in everything that we did. Be that both within and outwith the classroom. 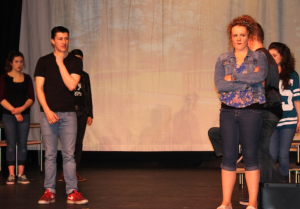 When the news came out that we were doing Grease as our school show I was ecstatic. Our teachers prepared us for auditions by doing extra script readings after school (they did this so often and I realise now how much that helped so many of us through our time at school) and song sessions at lunchtime. As we became familiar with the script, I despised Rizzo’s character more. I had never played such a saucy, sarcastic and tough character in my life?! No way would I be auditioning for that part.

2 weeks later and my hopes of playing Sandy were quashed…I had got the part of Rizzo..

What followed however, through many rehearsals, tears and tantrums, was a love for a character that I had only ever had once before (Nancy in Oliver!). You see, despite the tough and arrogant persona that Rizzo flaunted, there was a certain vulnerability to her that I had never considered before. My teachers had encouraged me through means of messages in song to see beyond the outside version of a person. 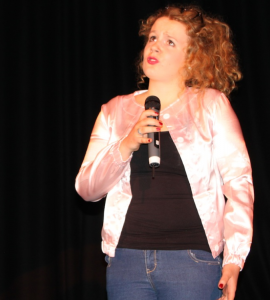 This particularly hit me emotionally when I sang “There are Worse Things I Could Do.” The words and power behind the music really got me to contrast the previously stubborn Rizzo into a sense of sorrow and relent on her previous behaviours.

The show was a real hit in the community which was great and we ended up raising around £10,000 for the school. What I think was important about this particular time in my life was realising the importance of never judging a book by its cover, and it was my teachers, whilst encouraging me to pursue the role, that made me realise that.