The first workshop which changed my opinion of maths and I particularly enjoyed was with Eddie. That was the input when I discovered maths can be used in many creative ways.

A ‘regular’ shape is one which has all its sides the same length and all its internal angles the same size. The regular shapes that tessellate are: squares, hexagons and equilateral triangles. ALL triangles and quadrilaterals also tile but they are not ‘regular’ shapes and you often have to rotate them to make them fit together.

The reason regular shapes tessellate is due to the angle they make where the vertices touch – 360⁰ (Harris, 2000).

Tessellations are common in Islamic art, with three fundamental shapes playing a large role in the design of the patterns, found in many Islamic buildings. The three shapes are: 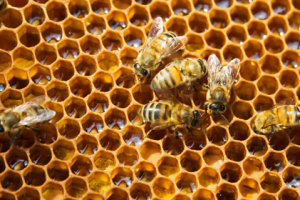 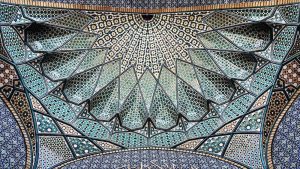 Having a go at creating our own Tessellations

The second half of the input was used to let us create our own tessellations. We had the choice of shapes and colours we wanted to use, and it was a thoroughly enjoyable activity. This activity made me think of how other aspects of learning can be incorporated in this to further learning. For example if doing this with an early years class shapes and colour can be explored and with an upper years class angles, symmetry and size could be looked at.

As well as other principles of maths being incorporated, simple life skills could be taught too, along side this lesson. For example how to use scissors, how to manage time (if given a time limit) and how to work in groups (if made a group task).

Exploring maths and art together in the one input allowed me to see an example of how Lipings Ma’s “connectedness” can be brought into the classroom (Ma, 2010). I can now vision teaching my future pupils about tessellations in maths and then having a go at creating our own patterns in art, to highlight how some subjects across the curriculum have links with one another and also that maths can be creative !!!

Harris, A. (2000) The Mathematics of Tessellation. [Online]. Available at: http://ictedusrv.cumbria.ac.uk/maths/pgdl/unit9/Tessellation.pdf (Accessed: 1 December 2017).