Resources will be added here as they are created and shared. Please get in touch on the link below to recommend any resources you have come across

The Substance Misuse Toolkit aims to reduce harm caused by substance misuse by: Equipping staff with the knowledge and confidence they require to teach pupils about the effects, risks and consequences of substance use by providing them with a range of materials and methodologies

Talk to Frank  –  Information about drugs

Know the Score – Facts about drugs

Drinkaware – Stay up-to-date with latest information from Drinkaware about alcohol, health and your wellbeing. Drinkaware Monitor 2020. Read about our latest research and insight into the impact the coronavirus pandemic has had on the nation’s drinking.

This glossary was developed originally for SDF board members, staff, trainees and volunteers.In publishing it, SDF aims to improve communication and shared understanding across the drugs field in Scotland by increasing understanding of the language used both in everyday conversation and discussion of drug issues and in more specialist environments. This glossary clarifies the nature of any contention so that people can at least  understand the viewpoints of others and, hopefully, any limitation in their own insight, when they cannot agree. SDF’s own organisational language choices are explained.

Panorama: Britain’s drink problem– With alcohol-related deaths on the rise, Adrian Chiles investigates what we know about the dangers of drinking, and why the alcohol industry isn’t telling us more.

Adrian Chiles looks into what alcohol dependence and drinking too much actually means.

A landmark series exploring the drugs of choice in different parts of the UK.

In this episode of Drugs Map of Britain, we investigate valium addiction in Scotland, where three-quarters of drug-related deaths involve this type of drug. Millions of the pills – both real and counterfeit – are available to buy on the streets for as little as 20p each. We meet those buying them and witness the devastating effects of addiction for someone like Levi, who’s been taking valium since he was 13. Has the widely prescribed ‘mother’s little helper’ become Scotland’s silent killer?

BBC iPlayer – Drugs Map of Britain – 1. Wolverhampton: Getting Off Mamba

In the first of our landmark new series looking at drug use across Britain, we explore a legal high epidemic in Wolverhampton. Following 27-year-old Liam over three months in his battle to quit the synthetic cannabinoid black mamba. Legal highs have now been outlawed by the British government. The ban comes as a response to the increasing use of synthetic drugs across the streets of Britain.

This episode goes on a road trip around the country to meet seriously ill people who believe cannabis is helping them. While it is seen as having no therapeutic value in the UK, in half of the USA’s 50 states it has been legalised for medicinal use. Andy, Phil and others all believe that cannabis can – if not cure their condition – give them much-needed pain relief. The programme also meets Jeff, a cannabis campaigner distributing cannabis oil to the sick for free. But by resorting to this illegal and unregulated drug, what risks are they all taking?

Investigative journalist Livvy Haydock meets the criminals on the dark side of festival season. Getting exclusive access to gangs, corrupt security guards and dealers.

Fetal Alcohol Spectrum Disorder (FASD) is both the most common and the most overlooked neurodevelopmental condition in Scotland. The Scottish Government estimates that approximately 172,000 children, young people and adults across the country have their lives and life chances adversely affected by FASD. And yet, only a small proportion of people with FASD have been diagnosed, actively assisted or effectively supported.

A series of online modules for teachers that cover a wide range of topics. A free sign up is required

SDF- An intro to Cannabis and synthetic variants

SDF- What’s happening on the streets with Benzos?

NHS modules are available for use by education, it requires a free registration on their site.

Drugs wheel resource contains up to date names and categories for illegal drugs, new psychoactive substances (drugs formally known as legal highs), solvents and prescription drugs used recreationally.  Can be used to raise awareness during class discussion and the Drugs Wheel game supports young people to work as a group to categorise the drugs.  Could complement a lesson on the effects of drugs.

The ‘Drugs Uncut’ podcast, brought to you by Scottish Drugs Forum, aims to provide an informal yet informed space for conversation around drug-related issues in Scotland. Hosted by SDF colleagues Andy Coffey, Kirsten Horsburgh, and Austin Smith, the podcast provides an opportunity for listener’s to hear conversations and debate on a number of issues pertinent to the field.

Part of the Greater Glasgow and Clyde Substance Use Toolkit: A series of 8 Senior Phase lessons on a range of topics including Cannabis, risky situations and social implications of drug taking.

Scott’s story is about a young adult who decides to use cannabis to help him cope with stress. The film shows how this choice impacts his life. Explores many of the consequences of cannabis: its effects on relationships, motivation, school work, reliability and drug driving.  The film lasts approximately 15 minutes and can either be watched on its own or as part of the Someday series covering related themes.

The lesson plan presents students with extensive information on FASD and the importance of avoiding
alcohol before and during pregnancy. It is suggested that the Learning the Basics about Fetal Alcohol
Spectrum Disorder (FASD) activity be taught first, as it provides context for the lesson. Following this, it is
suggested that the FASD Manikin Demonstration may be appropriate. The Law and Order: SVU
“Choice” video includes excerpts from this episode, focusing on the issues and consequences
surrounding FASD. The Alcohol and Pregnancy Decision Making activity will engage students in
decision-making discussions related to alcohol use and pregnancy. The How Much Do You Know About
Alcohol and Pregnancy? Quiz could be used as a pre-test and/or post-test. 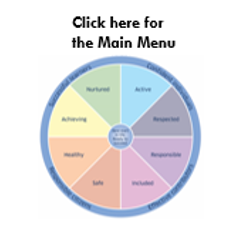