The Forth Valley and West Lothian Improvement Collaborative serves an area of 3070 square kilometres. Stirling Council’s area covers 70% of the overall Collaborative geography which ranges from rural highland and lowland in Stirling, through urban and post-industrial mining, steel and manufacturing communities in all four authorities. The Collaborative has a total population of 484,700 or slightly less than 9% of Scotland’s population. 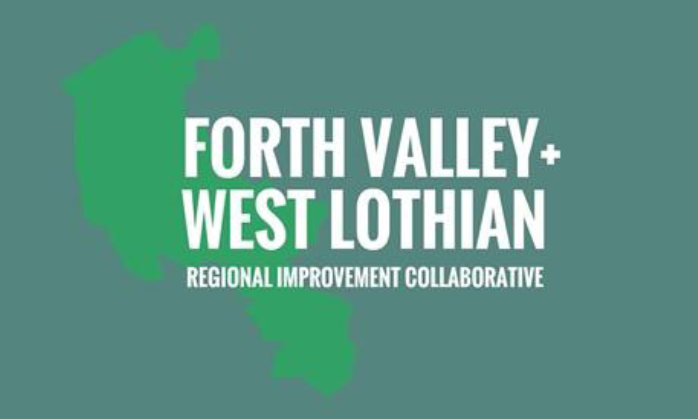 The teaching workforce is made up of 2425 Primary Teachers, 2306 Secondary Teachers and 217 Additional Support Needs Teachers. Early Learning and Childcare places are provided across the Collaborative for 7,875 three and four year olds.

Across the Forth Valley and West Lothian Collaborative region 60 data zones fall within the 15% most deprived in Scotland according to SIMD 2016, with Clackmannanshire having 15% of their data zones in this category, Falkirk 11%, Stirling and West Lothian both 7%. Clackmannanshire is a Scottish Attainment Challenge (SAC) authority and there are SAC schools in each of the other LAs, as well as a significant amount of PEF funding being allocated across the region.

Across the region Early Learning and Childcare provision is made through nursery classes, stand-alone local authority extended day 50 week centres, private and voluntary sector providers and through some child minding services.

The quality of provision across the region is good based on Care Inspectorate reports but there is a need to maintain quality with the expansion of provision. Notably, between 2010/11 and 2016/17, all Local Authorities within the Forth Valley and West Lothian Collaborative region achieved higher quality ratings than the Scottish average. In 2016/17 rates within the region ranged from 93% to 100%, compared to the Scottish average of 92%.

Reviews were introduced by the Scottish Government in 2013 to assess children’s developmental status and to record any concern or disorder against a selection of developmental domains (social, emotional, behavioural, attention, speech, language & communication, gross motor, fine motor, vision and hearing). In 2015/16 approximately 72% of children in Scotland met developmental milestones at these reviews. Within the Forth Valley and West Lothian region equivalent percentages currently range from 71% to 79%.

The recorded CfE levels across the regional collaborative as a whole are in line with, or marginally better than the national average for all stages in reading, writing, listening & talking and numeracy. This is also true for all stages across all five SIMD quintiles.

However the percentage of pupils attaining the expected levels in numeracy drops from P1 to P4 and again to P7. This is the case for all four authorities, as it is for Scotland as a whole. One of the early targets of the regional collaborative has been to identify interventions to address this drop and seek to drive up attainment levels, particularly in numeracy, across the region. Another early area identified is Reading and this will be a focus of the Literacy strategy.

The percentage of school leavers in a positive destination on leaving school in 2016 across the regional collaborative was the same as the national average (93%) and ranged from (90% in Clackmannanshire to 95% in Falkirk. This represents an improving trend for all four council areas over the last five years. It has been noted however that the proportion of school leavers entering Higher and Further education in 2015/16 was below the Scottish average by 5% points (55% and 60% respectively). Work will be undertaken to better understand why this is the case with the aim of driving up the aspiration of our young people to attain higher level qualifications.

Attendance at Primary School across the regional collaborative is broadly in line with the national average at around 95% for all primary stages.

In S1-S3 overall attendance across the regional collaborative is also in line with the national average. However, across all four authorities’ attendance drops from S1 to S2 to S3 to around 90%. This represents, on average, every pupil missing one day of school in ten. Work will be undertaken to provide a more detailed analysis of patterns of attendance across the collaborative. This will be cross-referenced with the success of Pupil Equity Funded targeted initiatives to improve attendance rates.