Equality and Diversity are very sensitive and legal issues and they are required for every professional.  As a person, everybody deserves to have respect as it is also considered a polite way of dealing with each other. Today, I took part inequality and diversity test online and read lots of issues which are vital to be acknowledged in our society. We are living in a multicultural and vibrant society. As a student and future professional, I found this test very informing and beneficial to my development. 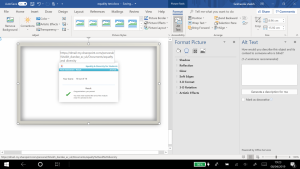 Why we are judged on the base of colour, where you came from and diversity as in cultural identity? Do we all not have the same need for respect, safety and identity?

These are the questions, if we ask our self and how we can make the society a better place to be for every human. In our lecture, we were given a deep insight of racism in the past, current and long term impact on our society. Equal pay, equal rights, injustices, punished for to be different in skin colour, slavery and disrespect was a major issues in past. I feel that we should not act in a way and keep moral values of respecting other people regardless of any color and race. What is racism? Is it just not accepting the person due to be different from you in look or our views about what the person identity? Racism can be identified in social, emotional, physical and accepting people in a community in real life experiences. e.

Is racism not any more and people have moved on to the concept of treating equal regardless of their colour, status and diversity? Not really true, there are and will be always hate crimes and social injustice. As a future professional, I would like to maintain openness and honesty and listen to children and young people views about what they felt and how they can build more positive relationships.

This morning, I had an experience of dancing with group of education students. As I had experience of supporting students with teacher guidance in schools but not learning myself as a student. I thoroughly enjoyed my input from the teacher and I felt that she was an inspiration to me to teach and enjoy dancing in coming years. In the beginning, I was expecting that the teacher might ask me to perform in a perfect manner and show what skills I have….

Dancing can be learned at different ages and stages which is a such a flexible way to get involved in it. In schools, dancing can be used as a part of CFE outcomes in expressive arts, drama , physical education and religious and moral education. I am excited to teach and learn to dance and explore the curricular areas with children and young peoples. Dancing is expressing ourselves in a group and physical movements with peers in a constructive and well mannered way. Health and emotional well being can be also maintained by giving children and young people and an opportunity of involving in a community. Children can perform in a Scottish country dancing or school shows. During my dancing moments, I felt achieving something what I have never done in a group of people and introduced me new ways to understand how important physical fitness is for my own health and well being. Dancing can be used as learning about spatial awareness and in mathematics about grouping. Cultural diversity can also be celebrated by using different songs and clips, which was an amazing way to include children in lessons and activities. Dancing fed me language of movement and skills in expressions and educational value. I made some new friends and increased my self confidence.

Lastly, I am excited to learn more about other curricular areas and making links in classroom activities in future. I am also looking forward to upcoming lessons to make me curious, how one activity can open the ways to explore more….

Last week I attended a seminar which was based on values module. It was very informative and interesting group work. We were split into four groups and my table was given a pack with resources. We were not allowed to look in the pack until we listened to the instructions.

In our pack we had lot of  resources such as paper clips, coloured paper, pencils, scissors, and cello tape etc. We were asked to use  all the resources and prepare some beneficial information for the new students at university.  First we discussed what could be done, but later we changed our plan and made icebreaker game by using different colour paper, scissors and pens.

All groups presented their finished work as a team and we were given scores in the end. My group was a winner but realised that we have done little work and had most resources than everyone.  This made me think. How is possible as we were happy to win but there was doubt? How?

At the end teacher gave us the reason for winning and losing, which made me think that how a person will feel if there is injustice in system. Structural inequalities can arise advantage for some people and disadvantage for some others. If there is a deliberate inequality in the system, which has happened in past years as slavery and racism, can raise injustice and irresponsible behaviour in society towards each other. Everybody should be treated on individual basis and personality. For example all children and young people are not same and we should respect and support them on individual basis. Also If one child have all the attention resources and others have less and no support. There is a ideal example  of structural inequality in classroom which gave me valuable lesson for my professional development in coming years.

Sometimes we as person will have a lot of opportunities but compare yourself to other fellows who are unfortunate will miss, due to social, emotional or any other barriers.

The structural inequilty can build up hatred , crime and  unjustified thinking and behaviour in society.