My whole life I’ve been musical. My passion started when my mum bought me a harmonica and a second hand keyboard. I fell involve with music and have played an instrument ever since I was 8 years old. I started with the keyboard then progressed to cello, guitar, singing and saxophone. I did grades in saxophone and managed to get to grade 6 by the end of school. I was a key instrument in the school concert band which took me to 2 countries and many concerts around my home. I had a strict pattern of practising every night, much to my mum’s annoyance, and my sister also screeched her clarinet through the house most nights. My musicality and good rhythm combines with my other hobby of dancing, in particular tap which involves precise beats coming from your shoes.

Today in discovering mathematics, Paola talked about the links between maths and music. And not too surprisingly there’s quite a few. 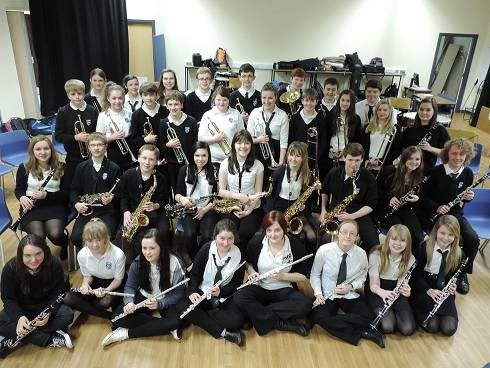 “Rhythm depends on arithmetic, harmony draws from basic numerical relationships, and the development of musical themes reflects the world of symmetry and geometry. As Stravinsky once said: “The musician should find in mathematics a study as useful to him as the learning of another language is to a poet. Mathematics swims seductively just below the surface.” (Sautoy, 2011).

As I have explored in a previous blog, the Fibonacci sequence (the golden ratio) exists in art and nature but did you know it’s also seen within music! If you’ve read my previous blogs you should be all clued up on it. The scales in music relate to the Fibonacci sequence, there are 13 notes in the span of any note within it’s octave. A scale has 8 notes in it, and within that the 3rd and 5th notes, along with the 1st note, create the simple foundations of any given chord. The scale is based on a tone, the tone is a weave of 2 steps and 1 step between notes (black and white) from the root tone (the 1st note of the scale) (Meisner, 2012). 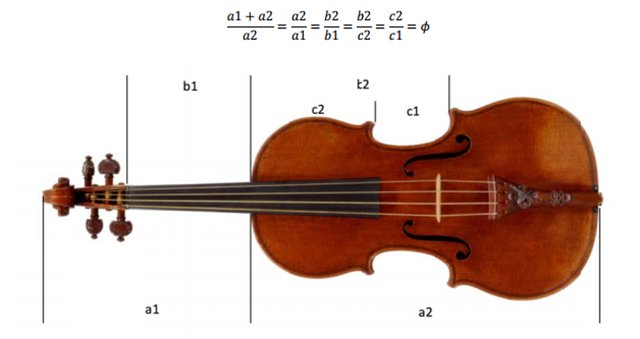 Compositions are frequently based on Phi. The timings in songs reflect the Fibonacci sequence in that when a song climaxes it often lands at 61.8% through the song. We can also find the golden ratio in the design of musical instruments. For example in the violin (Meisner, 2012).

I used to hate doing scales in music lesson. I would always make up rhymes to remember what notes are in which scales. But Paola taught us a mathematical process for know what every note is in every major scale! I wish i’d known this back in school. The pattern goes tone, tone, semitone, tone, tone, tone, semitone. A tone is when you skip a note in-between 2 other notes and a semitone is just one notes to the immediate next note. These all include the black notes (flats and sharps).

The pentatonic scale was a new concept that I hadn’t come across in my previous music knowledge. The scale is found all around the world is every country and is the foundations for a lot of classic hits. The pentatonic scale is made up of 5 key black notes. It has the same pattern as we discussed for the major scales, so a pentatonic C sharpe scale would go C#, D#, F, F#, G#, A#, C, C#.

In closing, interconnectedness is beaming in the subject of music and maths. Liping Ma’s theory is definitely becoming more and more accurate and clear. I can definitely see myself teaching music with connectedness in mind in the future to my classes, which will give them a more thorough understanding of it.

One more thing, did you know it’s impossible to tune a piano!