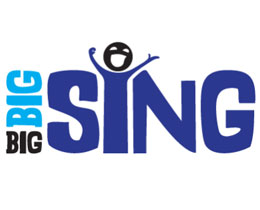 Big Big Sing is a nationwide celebration of singing that will inspire thousands of people to get singing in the lead up to and during Games Time. As part of this project, Big Big Sing is running an exciting songwriting competition open to Primary and Secondary School pupils in Scotland.

Big Big Sing invites pupils to write a song inspired by the Commonwealth Games, pupils can work individually or as a class to write a song between three and five minutes in length. With the games just around the corner there’s no shortage of inspiration for budding songwriters!

– A special video of entrants performing the song

– A performance spot at the BIG Big Big Sing event in Glasgow during July 2014.