Join us for a series of 19 exciting montly Glow meets running throughout the academic year 2013/14. The themed sessions are being broadcast live for all Glow users and will provide a wide variety of stimulating opportunities to engage with the Glasgow 2014 Commonwealth Games.

Who are the Glow meets for?
The sessions will allow practitioners and learners find out more and get directly involved in educational opportunities related to the Commonwealth Games. Glow access is required to join the sessions.

What types of Glow meets are on offer?
There will be two types of session:
1. CPD : These are for educators who want the latest information about programmes and initiatives relevant to specific curriculum areas.
2. Learning Zone: These will provide interactive learning opportunities with a specific curriculum focus for learners across all age groups. 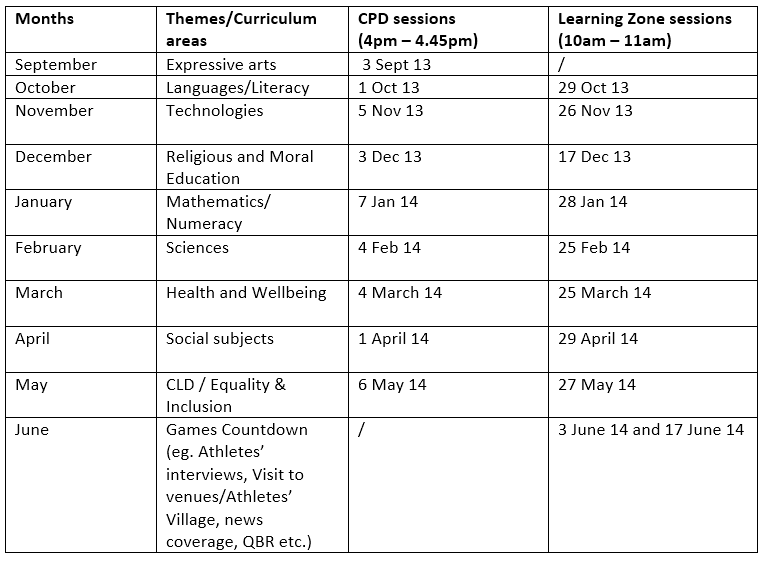 To register for a specific session follow go to the Glow TV sign-up area . If you wish to join on the day simply enter the Game On Scotland Glow Meet Channel.

Don’t worry. All sessions will be recorded and you can watch them again here.

With around 300 days before the biggest multi-sport and cultural event ever to come to Scotland, we invite practitioners to join us and find out more on how the Commonwealth Games may provide help you to create stimulating learning opportunities across the curriculum and beyond.

It will showcase inspirational initiatives from schools across the board and highlight programmes available to teachers to ensuring that, together, we deliver a lasting legacy for learning. A variety of engaging workshops delivered by practitioners and organisations experienced in Games Legacy work will provide practical, hands-on exemplification on the impact of using the Games as a context for learning. Workshop sessions will include:

We invite you to join us for an inspirational day of sharing and collaborative thinking around a variety of exciting opportunities by registering for the event on line or directly with Diane Carson: Diane.Carson@educationscotland.gov.uk 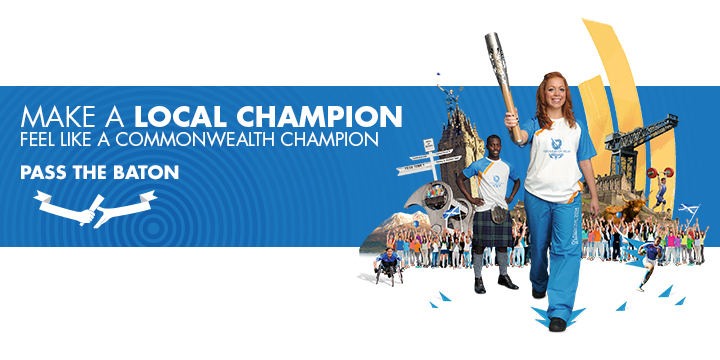