One of the ways that teachers across Scotland are trying to encourage positive affective domains within children in their maths is by making it more relevant.

By applying mathematical concepts to everyday real life concepts, we can encourage children to appreciate the application of maths in society. For example, as teachers we cover a range of inter-disciplinary topics as part of the Curriculum for Excellence (Scottish Government, 2008), which often allows them to apply mathematical concepts that they have been taught to real life scenarios. However, do we allow our children to recognise the importance of these topics, rather than them seeing it as just another area which they need to learn?

One of these topics – a topic familiar with every child – is Space. My understanding of space at Primary School was that we had a sun and a moon and 7 other planets surrounding us in an area known as our solar system. However, is this where our knowledge of space should end? At the edge of our solar system? Could we not explore our universe with them even further by delving deeper into the whole new worlds which surround our solar system, allowing children to recognise the incredibly vast space that we live in. Thus, I ask myself…

Could maths give us a better understanding of the depth of our universe?

Greek astronomers such as Ptolemy believed that our solar system was geocentric – that the earth was in the centre of our solar system and the other planets orbited around it. He also believed that the planets were an equal distance away from one another. As he was unable to use experimentation to prove his ideas, he tailored his maths to fit them and went on to make everyone believe his predictions through his use of mathematics (Falkner, 2011). 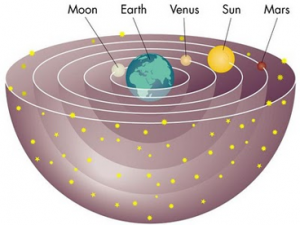 Ptolemy used maths to gain a better understanding of our universe, but yet his knowledge of it was not correct. He showed how maths can be adapted to fit our beliefs, but it may not give us an understanding of the underlying reality.

However, his maths would have given him a greater understanding of the universe if he had conducted experiments in regards to the distances between the planets. He then could have went on to use maths to confirm his experiment results.

Another Greek astronomer Copernicus did exactly this. He used constant and more in depth observations than Ptolemy to figure out that we have a ‘heliocentric system’ (where the sun is at the centre of the solar system) and that the planets are unequal distances apart. Through this, he was then able to use maths to prove his theory to the public (Falkner, 2011).

So how can we use the maths and the theories that Copernicus created to give us a better understanding of our universe?

I was challenged to recreate our current solar system as we know it using the distances each planet is from the sun, and here is how it turned out (Apologies for the poor quality)… 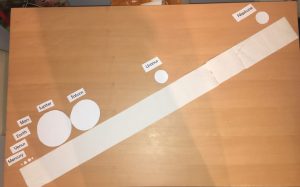 Image 2 – Planets in our solar system distance from the sun

It took me approximately 30 minutes to devise a scale for my planets to sit on due to the HUGE differences in distances that the planets are from the sun. The first four planets were all between 57-230 million km away from the sun whereas the furthest away planet, Neptune, was over 78 times further away from the sun than the nearest planet Mercury! This made it  incredibly difficult to devise a scale which would clearly show the difference in distances between the planets and the sun.

Upon finally deciding that I would use 500 million km per toilet ply as a scale for my solar system, I was finally able to align my planets! Mercury, venus, mars and earth all appear incredibly close to one another, when in actual fact they are at least 50 million km away from each other. If it wasn’t for the maths underlying my model I would have assumed that the planets are actually pretty close together. The maths involved in this tells me that actually the pictures we were shown in primary of planets being perfectly aligned away from the sun were in fact, incorrect. (See an example of these types of images below.) 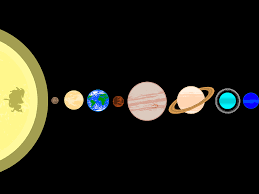 If you then consider other entities within our milky way you can see how small we really are in this vast world. We are just one of hundreds of thousands of solar systems that make up the milky way (Reynolds, 2018).

Implementing this in the classroom

It is these numbers that help us to gain a better understanding of the vast universe that we live in. Basic ideas can be explored using the maths that Copernicus created, such as scale, shape and area. These basic ideas are what Ma (2010) describes as the fundamental principles of mathematics. This suggests that by developing children’s spatial awareness further when exploring the topic of space, we are also helping them to become more competent in their maths skills. It is these skills that would allow them to recognise a wrongly scaled solar system if they ever saw one!

They could then go on to implement these skills in other areas of the curriculum such as art and design technology. For example, using shapes and scale to draw a correctly proportioned human face (see next post). These interconnections between their areas of learning is something that Ma (2010) suggests is key is allowing children to see the relevance and importance in what they are being taught.

In conclusion, Copernicus’ theories surrounding the scale of our solar system allows us to gain a better understanding of the magnitude of our universe. The magnitude of the numbers he devised to prove his theory gives us an indication of just how small we actually are in this world. Using the numbers he came up with, we can create a correctly scaled replica of our solar system and other bodies in the universe to gain further knowledge and understanding of the world we live in. Children can use the math surrounding his theories to develop the basic ideas of shape and scale, whilst being able to acknowledge that their is more to the universe than just our solar system!!

Falkner, D.E. (2011) The Mythology of the Night Sky: An Amateur Astronomer’s Guide to the Ancient Greek and Roman Legends. Springer Science+Business Media: London.