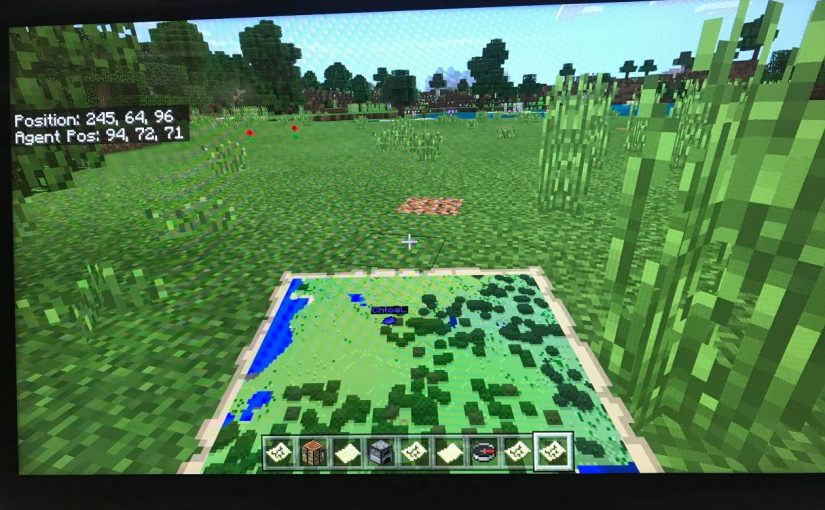 Gaming is one of the biggest impacts within our society. “In 2017, 32.4 million people play games in the UK. Spending $4.2 billion this year, they make the UK the 5th largest games market in the world.” (Ukie, 2019) Millions across the world play video games daily with many making millions from this. Gaming brings fun to a screen for many individuals and for myself, was one of the many things I did growing up.

Firstly, I had a Game Boy which led to a DS which then lead to a Play Station, Wii and then lead to replacing the PlayStation with an X-box. My brother and I both experienced the fun from these devices and also loved being in each other’s company whilst playing them. It was exciting and enjoyable, especially on the rainy days. One of my most favourite games to play was the Sims on the PC. I loved the idea of creating my own person, designing a house and actually playing each day controlling their actions as though they were living life. This was why I enjoyed playing Minecraft when it was first brought out as it contained survival which meant a challenge. It was different and easily had a ‘hooking’ effect on us.

All the games which I played growing up were fun and positive memories which I can keep. The ones I will cherish are the family times we got together and played Wii games; jumping around the room in fits of laughter at each other’s actions. Even though the majority of my childhood was surrounded with boys, a little part of me still enjoyed playing games as it was such a positive experience for me even when I got a little fed up playing FIFA.

Today, we entered the world of Minecraft to see whether or not it could be used when teaching. I was quite excited to play it again since it had been so long since I’d last played it. In today’s session we had to come up with ideas in which we thought Minecraft could teach children and give them a better understanding of a subject, topic or issue. My self and Lynne firstly played the game and experimented with the items which we could use. We chose to do this first so we could see the different variety in choices and to give us a better idea of what the education edition offered.

The Minecraft Education edition was very similar to the original, the difference, was there were educational elements embedded within the game: like the elements of the periodic table. We hit a ‘light bulb’ moment after discovering this and came up with our first idea of using the periodic table to enhance science comprehension. We thought that they could separate the elements into metal and non-metal elements. After this they could then try to find as many of these elements in the game. Having the chance to go and find the elements was one of the factors which I thought would integrate more fun into their learning as each pupil would find different things and learn off of each other where to look. The learning outcome chosen for this was:

• Through exploring properties and sources of materials, I can choose appropriate materials to solve practical challenges. SCN1-15a

Above is our mind map and planner table which contains the rest of our ideas which we felt could enhance learning within a classroom as well as the learning outcomes for each of these activities.

Summary of ideas
• Health and Well-being: The pupil would try to survive a day by cooking their own meals, for example. This would let them realise how difficult it would be to survive without the luxuries we have today. With the food, certain ones give you more energy than others so would allow the pupils to develop their understanding of how important it is that we eat a balanced diet.
• Maths: The first idea we had was to create your own house and focus on the different shapes that you would be using and then when decorating, thinking of the different ways you could add symmetry to the layout and pattern on the house that you created. The second idea was to use the maps within the game to locate each pupil on multiplayer using the language of North, South, East and West to help guide each other through the world.
• Literacy: Creating your own story within the game by choosing your own characters, creating where they would live and then explaining why they have decided to put them there in. This would be followed by a story board or by a creative writing piece.

Gaming was and still is popular for children to play regularly. A report in 2011 found that gaming is greatly popular within the United Kingdom with nearly 86% of children aged between 5-7 year olds and 90% of children aged between 8-11 year olds using technological devices often (Ofcom, 2001). For the most part, computer games and mainly consoles are basically engraved within the 21st century; younger generations (Ofcom, 2001).

During my two weeks placement in October last year, I vividly remember one pupil who would talk, non-stop, about gaming every day. This could have been viewed as addiction. However, she knew every-single detail about that game, characters, levels and the plot of the story. There was not one thing she would forget. It was as if she was in the game herself. This, for me, encourages me to want to use technology within the classroom since they pick up so much information without realising and gives me another reason why we should use gaming to enhance certain aspects of learning.