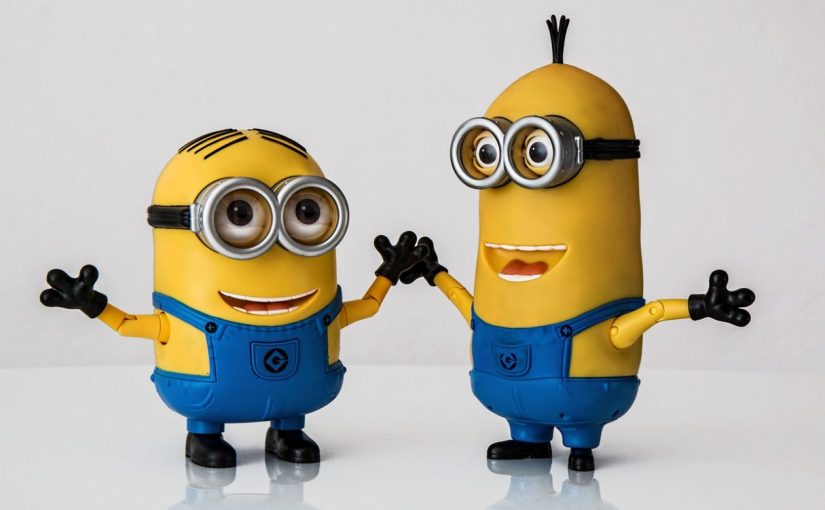 Animation is “the technique of photographing successive drawings or positions of puppets or models to create an illusion of movement when the film is shown as a sequence” (Oxford Dictionary, 2019). Animation is the area in which many people can connect with characters and personalities, however, would not have had any breath of life or movement before (Moving Image Education). Animation is the moving-like images which create a story for not just children to be taught through but has a “big visual impact…” (Jarris, 2015, p.90) on the world due to the way its eye-catching features can attract attention to its audience.

Throughout this week’s session we completed tasks which would help us prepare and practise for our next session that consists of creating our own animation movie. Animation itself can be used in many ways to reinforce the learning within a classroom. Simply, animation can be used to describe something to a class. For example, you could demonstrate eating healthy or online safety by emphasising the points through a story. The use of characters which can clearly set the plot and allows the pupils to connect with what they are seeing. They will be able to reflect and relate to the topics being discussed as they may see someone who they like or someone who they can relate themselves too. Getting the pupils to interact more with the animation is simple; let them produce their own. The enthusiastic gleams off of their faces as they create their own sets and figures to make their own story, from beginning till end, will give them a sense of independence and achievement since they are the creators of that movie.

Why does it enhance learning? Bertrancourt (2005) believes that there are three different elements within animation which takes part in impacting the way in which it can enhance learning. The first is the way in which the pupil’s visual representations are strengthened. The second is it illustrates processes; that there are stages that you must take to succeed in building the animation, you must go through the stages in order so that the final product makes sense. The third is that it provides an interactive element for the pupils. Overall, they can take part in the production of the animation which will improve various skills – I applied some of these skills today.

Problem solving.
To work out the app puppet pals I had to use my problem solving skills since I have not had to use this before. I did not fully understand how to use it at first. However, after trial and error I was able to design my own animation relating to fairy tales.

Creative Skills.
My creative skills encountered during the design of my animation. This included: having to come up with an idea that relates to the theme of fairy tales, thinking of a way in which I could portray my idea in an exciting way and making my animation child friendly but still having a fun aspect throughout.

Digital Knowledge.
Finally, another example of a skill which I used in this lesson was my digital knowledge. This had to take part in creating the animation since I was using an iPad. If I was not confident in this area about how to use the device then I would have struggled to not only make my animation but to work out the apps widgets. Having a strong digital knowledge, for me, is beneficial when faced with apps that I have not discovered before.

After watching numerous YouTube videos on animation we then used iStopMotion. This is the app which you can create, from scratch, an animation. Personally, I found this more enjoyable since I could create whatever I wanted as I was not restricted to the options available on puppet pal. However, I do feel like using puppet pal to begin with gave me a better idea about how to make an animation. Below is a video of the animation which I made.

Next week my group have planned to do our animation based on a tsunami. The idea behind this is to explain and inform the learners of natural disasters that take place around the world. To demonstrate what it looks like and how it can affect anyone; even on holidays with your family for example. During the lesson next week I want to consider the factors of how animation can minimise problems for pupils with learning difficulties. I also want to consider how technology can affect teacher’s confidence and ask myself how confident I was during these sessions and how it may have improved.