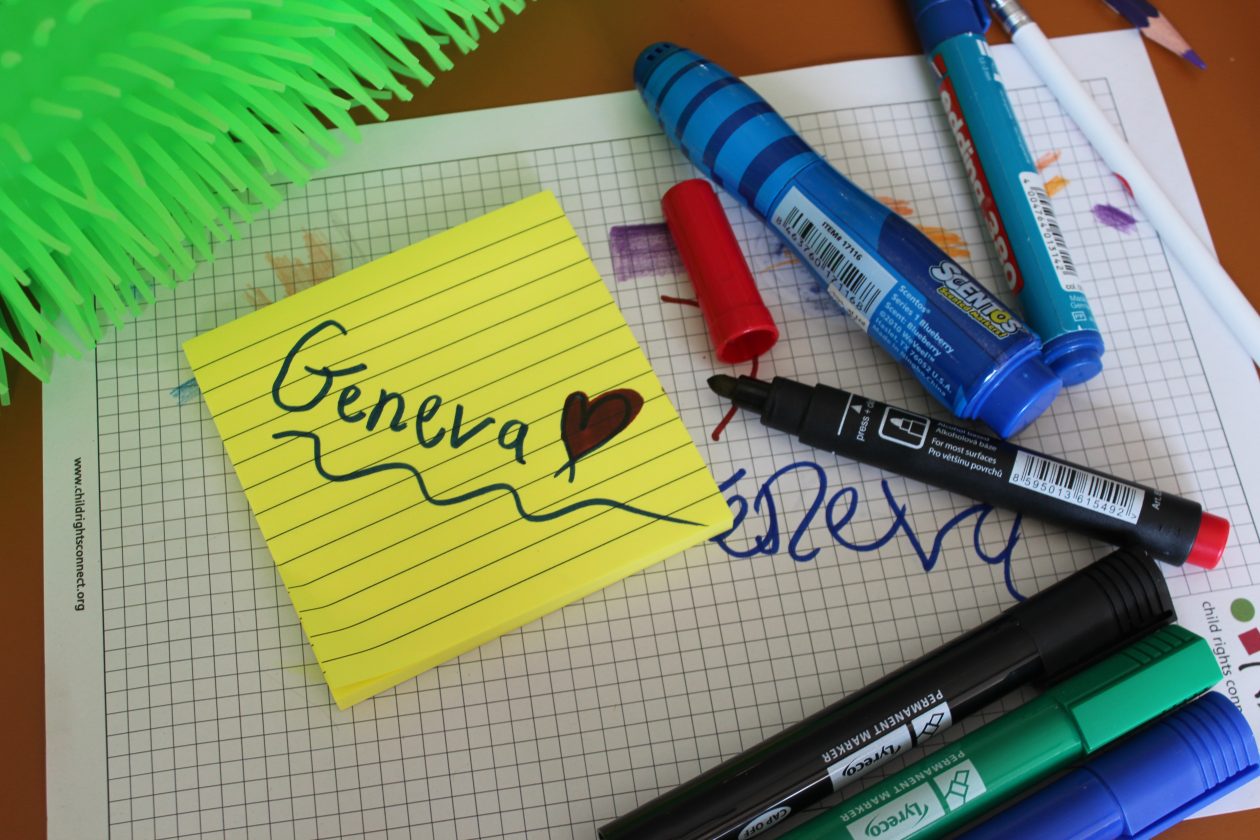 After a busy couple of weeks settling back into school before the holidays, we caught up with Hannah and Cameron, MCPs from East Lothian.  Hannah and Cameron recently travelled to Geneva as Child Advisors to the United Nations Committee on the Rights of the Child as they plan the Day of General Discussion (DGD) taking place in September 2018.

In Geneva, Hannah and Cameron met with other Child Advisors from around the world – Ariadna (15 years old) from Moldova, Sigurd (16 years old) from Norway and Ankit (17 years old) from India as well as other children who skyped in during the workshops. 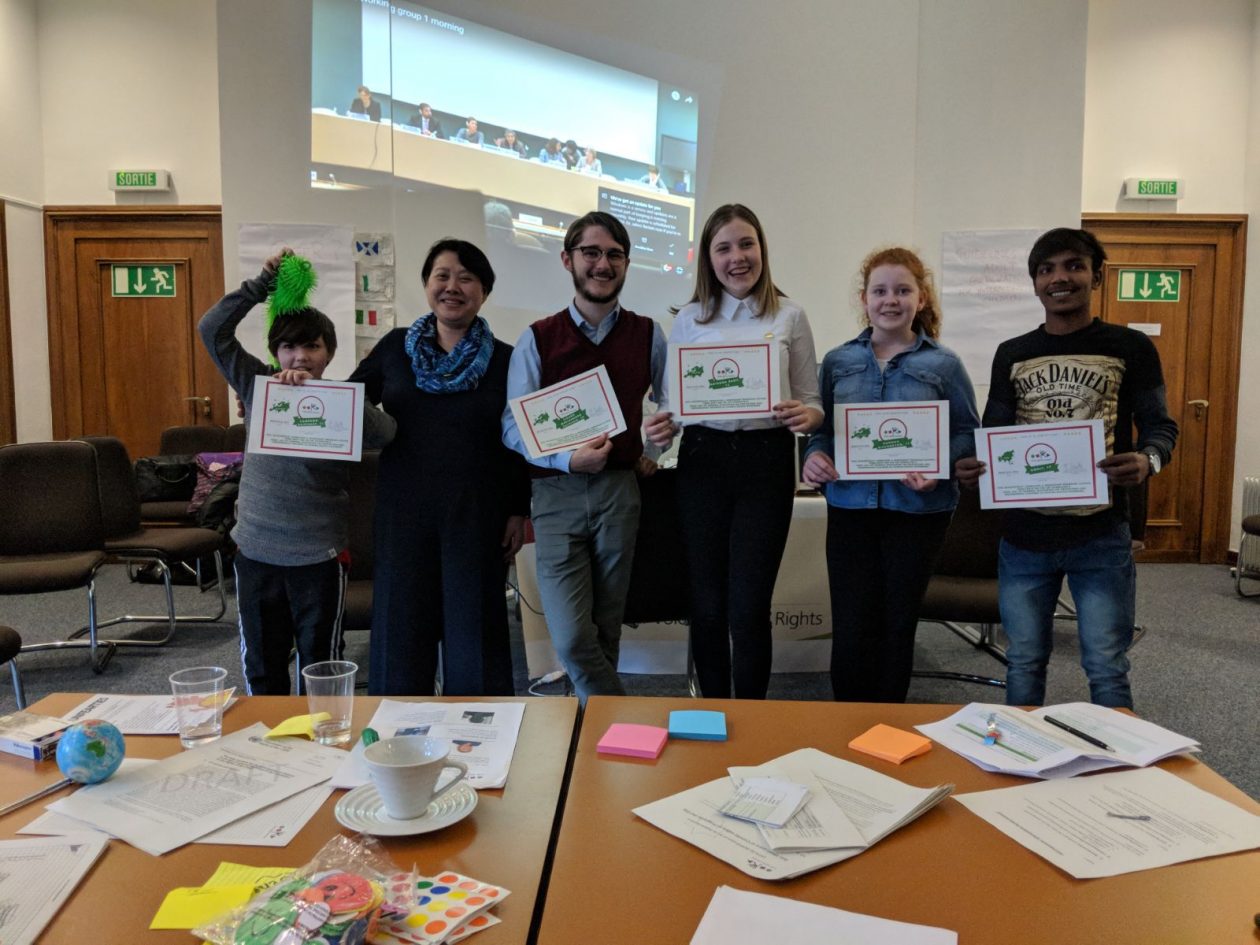 Over three days, the Child Advisors began to plan the DGD as a team alongside Mikiko Otani, member of the UNCRC; Luis Ernesto Pedernera Reyna, Executive Secretary of the UNCRC; Laura Lundy and Michelle Templeton from Queens University Belfast and with support from Child Rights Connect.

Here, Hannah writes about some of the activities they got up to during the workshops:

“We went to the Child Rights Connect building for two days of workshops and to meet the other Child Advisors. To get to know each other, we played this snowball game. I learnt what countries the other Child Advisors are from and what subjects they do. They all do English! We also drew pictures from our country. Ariadna drew bread that isn’t actually bread! I drew tablet which everyone tried and Cameron drew chicken tikka masala which made everyone laugh. I really enjoyed meeting the team!

We started off making changes to the DGD concept note. I made changes to make it more easy and interesting. We used language children can understand so that we know what they’re talking about. I want the DGD to be child-friendly and fun because I don’t want it to be boring” Hannah (MCP, age 12)

The Child Advisors also enjoyed a tour of the UN Palais de Nations where the DGD will take place in September and had the chance to explore Geneva on foot, by tram (a first for most of us which was exciting!) and by boat. There were also many opportunities to explore Geneva’s many Italian restaurants…! 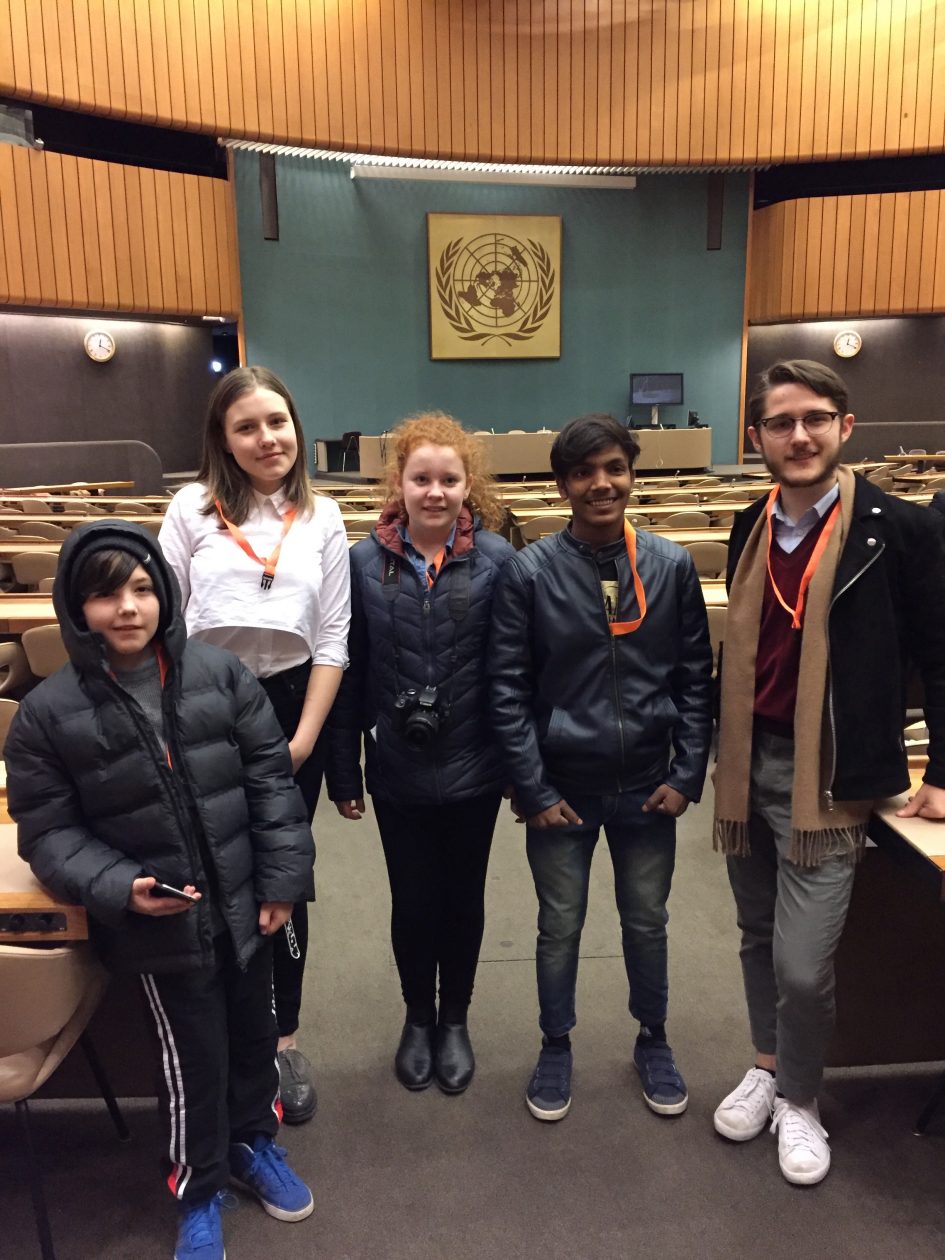 Although this is the first time the DGD is being planned and delivered with children, it will not be the first time children attend the DGD. In 2016, Hannah and Cameron participated in the DGD about Children’s Rights and the Environment along with 13 other children from Tranent as part of their involvement in the Streets Ahead project. Throughout the workshops, Hannah and Cameron were able to draw upon their experiences from the last DGD to make this year’s event more child-friendly.

“Children’s participation in the DGD has to be meaningful but it also has to be fun and energetic!”  Cameron (MCP, age 11)

Between now and September, Hannah and Cameron will continue to help plan the DGD through an online platform before returning to Geneva to participate in the day itself. This year, the theme of the DGD is ‘Children as Human Rights Defenders’. During the workshops, the Child Advisors took part in an activity which explored what makes it difficult to be a Human Rights Defender and how adults can help children to be Human Rights Defenders.

Alongside their role as Advisors to the UNCRC, Hannah and Cameron will also be participating in Children’s Parliament’s new project which will explore what it means to be a Human Rights Defender for children living in Scotland. In partnership with the Children and Young People’s Commissioner in Scotland and East Lothian Council, Children’s Parliament are co-designing and co-delivering a series of workshops with MCPs from East Lothian to take place in five schools across Scotland. These workshops will explore children’s views on what human rights need to be defended in Scotland and what support children might need to become a Human Rights Defender. The children will work with artists to create an installation featuring five giant ‘shields’ which will reflect the key important messages children wish to share about children’s human rights.

This weekend, we are getting together with the MCPs to begin this exciting new journey so make sure to follow our updates on Twitter and Instagram.

To see more highlights from Hannah and Cameron’s trip to Geneva, see here.