A few days ago, I undertook the National Online Maths Assessment (NOMA). I was quite apprehensive at first, nevertheless I decided to give it an attempt.

Anyway, I went to the library, logged onto a computer and put in my earphones. The reason I went to the library is so I could familiarise myself with it – just like the union – and have the best learning environment possible when sitting the test. Throughout the assessment I wrote down the questions in my notepad and put the workings out alongside each of the questions so I knew what areas that I needed to improve and the areas I was confident with.

Once I finally submitted my answers online, I received 82%. On one hand I was pretty happy receiving this mark considering I have not done maths in roughly two years. Furthermore, this score will act as a platform that I will gradually build on overtime. On the other hand, I was also slightly disappointed because I made some really basic mistakes. Therefore on reflection, I need to focus more and read the questions properly so I can try to eradicate these mistakes so they do not happen again. 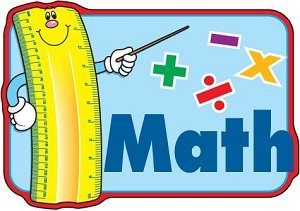 The areas that I noted down where I need to work on was finding the angles in triangles, finding the areas of parallelograms, knowing the difference between quantitative and qualitative data in addition to understanding expressions. Once I do some revision on these different areas, I intend to do the NOMA again, where hopefully I can achieve nearer 100%. Likewise, I believe when I revise these areas, this will give me more knowledge and understanding in maths. Hence in the future, by doing this extra revision, I will become more confident and competent for when I stand in front of a classroom teaching the children maths.

On the 20th September – a late Tuesday afternoon – I had my first values workshop. When I arrived to the classroom, each individual was split up into four groups of roughly ten people. I was in group four and knowing my luck, this unfortunately turned out to be the worst group to be in.

Anyway, on each of the four tables lied a big brown envelope, which had different resources in it. The idea was to create something with the resources inside the envelope that would help a new student to the university. At the start each group was excited and enthusiastic about the task, especially groups one and two as they had so many materials, with group three having slightly less than group two. Meanwhile, my group only had a rubber band, a pencil three paper clips and a post it.

At first, the other three groups were all chatting away and smiling, whilst my group were just sitting there quietly and from time to time complaining about the materials we were giving. It was slightly aggravating when looking around the other tables to see how they had so much, whereas we had so little. Furthermore, what made it even worse was when Derek started talking to the other groups about their ideas and praising them for their imagination. Although Derek was laughing and speaking away to the other tables, however he proceeded to ignore my group in particular and gave us a few dirty looks when we were trying to come up with ideas about what we should make.

During the exercise I do remember a few people in my group saying how Derek was being “grumpy” and they might not come back to his workshops if it’s usually like this. Fortunately it was all just an act.

Though my group struggled at first to come up with an idea of what to make, we soldiered on and made a pencil, with a map of the campus on the post it, with important notes on the other side. This was attached by the paper clips and rubber bands. Obviously I am not doing it justice by describing it here, nevertheless I thought it was just like one of those Disney pens you would buy with the feature attached to the top.

I thought as a group it was a valiant effort, yet Derek still only gave us a 2/10 after presenting it to the class. If I recall Derek did not even give us a mark to start off with until someone in my group basically had to scream at Derek to finally receive our score.

In the end, Derek finally revealed that this workshop was a set up. PHEW!

Overall, as a class we talked about why this exercise was carried out and how this can be symbolic of education and society as a whole. For example, children come from different backgrounds and do not have the same opportunities, therefore to judge somebody against another individual is poor practice. This is because some pupils might have tutors, more pushy parents than others and just in general be better in that specific subject. Again, this is why as a teacher, we should be supportive to all children, try to give them equal opportunities and not show favouritism to some of the students. This is because the children you are not showing as much attention to will lose self-esteem and suffer by not being treated fairly or the same as the other pupils.

The reason I want to become a primary school teacher is after doing some voluntary work in a nearby primary school where I live. As soon as I walked in the classroom, I instantly knew I wanted to do this job for life. Throughout my time there I got the chance to teach the pupils active spelling, numeracy, in addition to reading books in front of the class. This chance to shadow teachers and help in the classroom was an invaluable experience for me and one I will never forget; it is one of the key reasons as to why I am undertaking this degree programme today. I was also granted the opportunity to coach the after school football club. This was really rewarding seeing the children interact with one another and being part of a team.
I would say there are many factors as to why I want to join this profession, such as contributing to a happy classroom atmosphere in addition to inspiring the children so they can have a love for learning. Nevertheless, my main inspiration to enter the profession comes from my own primary school teacher, Mr Stephen. He was a shining example to me of a teacher who motivated every pupil by making lessons enjoyable, cared for his pupils and as a result had the respect of the class. This is something I believe I could replicate as I am hardworking, organised and creative, so hopefully I can make a difference to children’s lives in future generations – the way in which he did. Furthermore, as a male I believe I could be a positive role model for pupils, especially the boys, who perhaps don’t have a positive male influence to aspire to.
To sum up, although being a primary school teacher can be challenging at times, however I look forward to working in a job that is so important, knowing that I can make a real difference in a child’s contentment and education. Likewise, I believe the skills that I have acquired throughout the primary schools I have volunteered in demonstrates my enthusiasm and passion to reach my dream of becoming a primary school teacher. 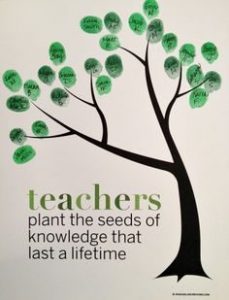 Translate in your language