After all this hype about a potentially menacing storm that has hit the shores of Scotland, I thought to myself that it couldn’t actually be that bad. I was, however, mistaken to this notion. After walking along Dundee City high street a few moments ago, I was soaked within an inch of my life. It was calm one minute, then BOOM chaos! The storm has now come to Dundee and as I look out my window now, Dundee has been disrupted with small amounts of damage to public billboards and bus shelters. This got me thinking about the intensity of a storm and how vast they can be. It also got me thinking about how the maths come in to part with storms. As I sit with a blanket over my lap and a cup of tea by my side, I am going to attempt to discover the fundamental maths behind a hurricane and why they can be incredibly frustrating for everyone.

In my last few blog posts, I have been concerned with talking about maths as an active subject through many things like tessellation and maths with stories and play. This blog post will be somewhat different to these, but the principles and the fundamental mathematics still apply. Firstly, a hurricane is a mass storm with a violent wind and reaches above a speed of 75 mph!! 75 miles per hour… I don’t know what is scarier, the damage that it causes or the notion that it can travel faster than the speed limit of a car on the motorway. According to NASA (undated), Hurricanes are like giant engines that use warm, moist air as fuel. That is why they form only over warm ocean waters near the equator. The warm, moist air over the ocean rises upward from near the surface. Because this air moves up and away from the surface, there is less air left near the surface. Another way to say the same thing is that the warm air rises, causing an area of lower air pressure below. NASA continue by suggesting that air from surrounding areas with higher air pressure pushes in to the low pressure area. Then that “new” air becomes warm and moist and rises, too. As the warm air continues to rise, the surrounding air swirls in to take its place. As the warmed, moist air rises and cools off, the water in the air forms clouds. The whole system of clouds and wind spins and grows, fed by the ocean’s heat and water evaporating from the surface. In addition, a hurricane has an abundance of cumulonimbus clouds that form circular bands. The fundamental mathematics of a hurricane is its circular formation. Not only this, it is astonishing the way that hurricanes actually rotate. Do they rotate clockwise, or anticlockwise? storms from the north of the equator spin anti-clockwise and storms below the equator spin clockwise. This is because the Earth rotates on its axis. I find that so absolutely fascinating to say the least. It ultimately highlights that Mathematics is incorporated into absolutely everything that we see in this world and I agree with Will Berry on that one after his lecture on maths in the outdoors.

So why does this leave me feeling fascinated? Well probably because I am thinking about the mathematical activities that you could do within the context of the classroom. Firstly, you could investigate and display the different levels a hurricane is classified as. See diagram below:

The children can ultimately collect the data to classify different (old or new storms) from around the world, especially in the case of hurricane Abigail. In addition, the children could also find the speed of the hurricane and predict how far it will travel and in what time by using the speed, distance, time formula. This is just naming a few, but please feel free to comment with any other activities that you can think of as I would like to read them.

Fundamentally, the basic maths behind an activity to do with a hurricane is research skills. Being able to tally, collect data and the general notion of handling and organising information. Not only this, this is good for children deepen their understanding of probability and likelihood of a storm like this happening again. The activities can be in abundance if you put your mind to it.

Finally, I will leave you with this satellite image of hurricane Abigail (picture taken by the University of Dundee): 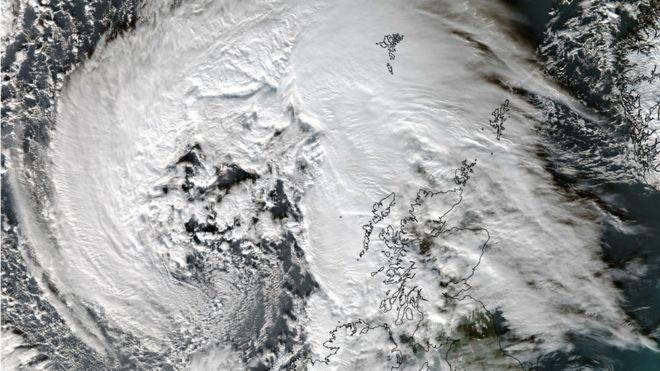 This is a picture of hurricane Abigail just off the coast of North West Scotland. You can see the spiral motion and you can almost imagine the wind swishing and swaying around. What I find to be completely fascinating about this picture is that you can see Fibonacci’s sequence spiralling around and around (see image below): 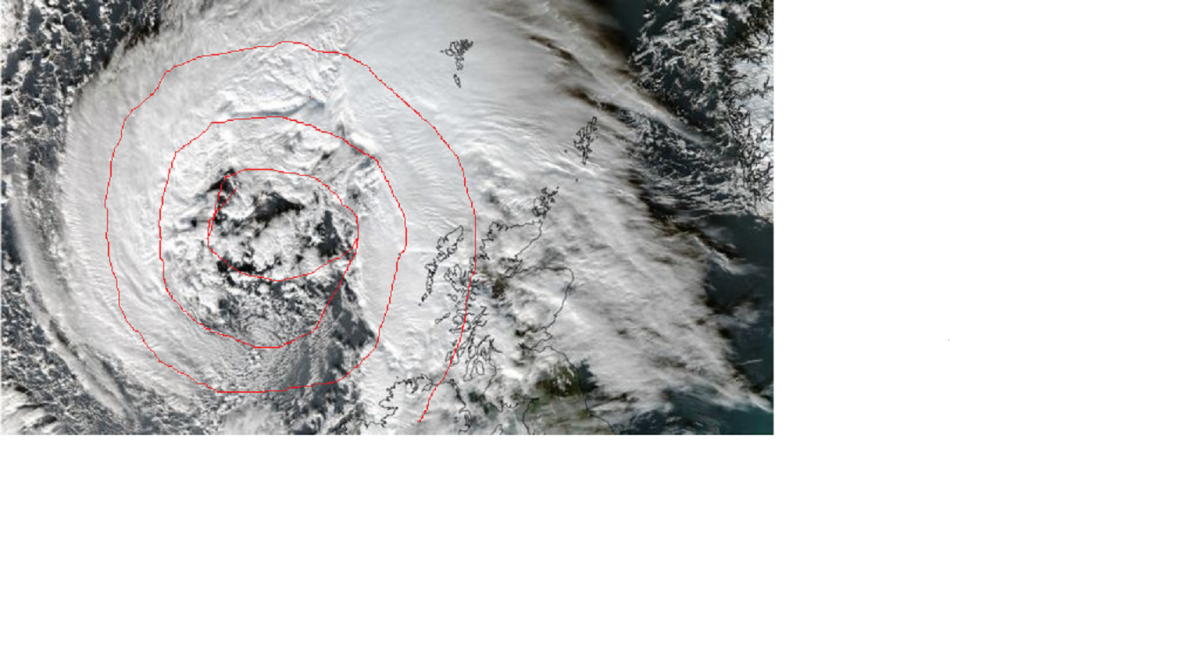 Mathematics… You have amazed me again.