Ah yes, it’s that time of year again. Colder days, darker nights, orange-toned fashion trends and the return of the Starbucks Pumpkin Spiced Latte™. Autumn is in full swing, winter is looming and Halloween is just around the corner.

Perhaps this year I will be a pumpkin? A princess? An astronaut? A werewolf? For me, the costume possibilities are endless. Unfortunately, society seems to think otherwise and for some reason, likes to promote a specific type of costume to women, limiting what they can wear for Halloween if they want to buy something straight off the rack.

Looking at the images above, it’s quite astonishing to see how well the addition of two little letters can expose gender standards in society today. There is absolutely nothing wrong with dressing like any of these images at Halloween if you are comfortable with it. In many ways, it could be argued to be promoting positive body confidence, but only if you are comfortable with it and like this style of costume. However, it is unhealthy to promote that this is ‘the norm’. This could easily cause young girls to develop expectations that this is a modern beauty standard and is therefore how they need to dress in order to be accepted in society.

Why can a woman not look for a nurse or a sailor costume without finding things like Hospital Heartbreaker  and Harbour Hottie when the male equivalent of these costumes can be found easily? These costumes are not for everyone and they need to stop being so prominent in the media, pressurising people to conform to what many see as objectifying.

I urge you to google more Halloween costumes with “woman” written after the title. Prisoner, Zombie, even Disney searches have similar results.

I am not saying that all Halloween costumes should be gender neutral from now on. There is nothing wrong with having some costumes more feminine and others more masculine. What I am saying is that until female costumes, characters, and representation in advertisements stop being so sexualised, gender equality will continue to be a mere fantasy.

Gender inequality is still a massive issue and something that I believe, needs to be tackled in the classroom from a young age.

If a little boy wants to dress up as Elsa it does not mean that he is ‘confused’, he just likes pretty dresses. Quite frankly, I don’t blame him. If a girl wants to dress up as a pirate (beard and all) because she thinks they are cool, please don’t question it. We need to let children be children and not hold them back with societal norms from such a young age. Just let them express themselves for who they want to be.

I am a strong believer that the classroom is a microcosm of society. Within a class, there are people from many different backgrounds with many different personalities and opinions. In class, children share experiences and learn how to get on with each other, despite some differences that they may have. Therefore, encouraging equality in a classroom of children will translate into their adult lives when they begin to adapt into the ‘real world’ as such.

The backlash that John Lewis received after removing ‘boys’ and ‘girls’ labels from their childrenswear highlights the extent of this issue. There is no need for such a blatant difference in clothing styles. Putting your daughter in a jumper with a dinosaur on it will not cause gender confusion. Their bid to reduce gender stereotypes encourages a movement that will hopefully mean some day, women will be able to search for Halloween costumes and actually find something that resembles what they envisaged. It seems so trivial and insignificant but the meaning behind it is in fact colossal. 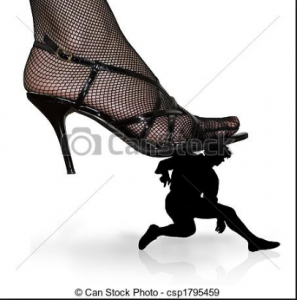