Collect and photograph a range of packaging such as boxes, packets and tins from your kitchen or shopping. Flatten out some of the boxes when they are empty. Make notes on the different designs, colours and letters used by the designer and reflect upon these choices and the messages they give out. Compare two different examples and evaluate why you prefer one to the other. What audience are they aimed at? How could you use this activity in the primary classroom? What else could be learned from this study. Include photographs or sketches of the packaging, your notes and written evaluation. Design and create a piece of packaging to appeal to a specific audience or market and upload this to your portfolio.

Packaging for instant coffee, designed by me appealing specifically to coffee drinkers. 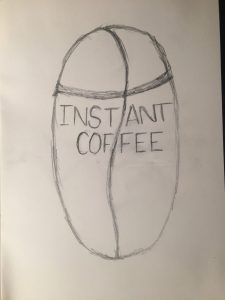 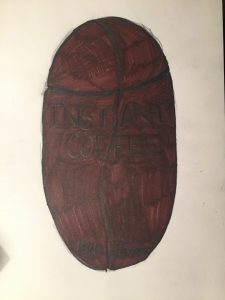