It has been documented heavily that the early stages of childhood have a massive impact on the future capabilities of an individual as the biggest brain developments happen (French, 2007). So much so, that many educational institutes have invested massive amounts of time and money in making sure that children’s introductions to education is both effective and engrossing towards the overall development of the child as a whole.

The International School of Stuttgart prides itself on providing a great start for their children in the early years within the framework of the International Baccalaureate system.

During my fifth week at ISS (9th of April – 13th of April), it was my time to work with the Kindergarten and early years Nest team. Prior to this, I worked my way through the documentation provided by the school that detailed the frameworks of the early year systems at the school. Particularly within the EY 3/4 Nest Handbook (2017) it was clear to see the importance of play being evident within the early years programme at ISS. The Nest encourages a good mixture of the types of play: free play, guided play and inside/outside playtime. “It is the greatest tool the child has to help him make sense of his world” (International School of Stuttgart, 2017, p.4). 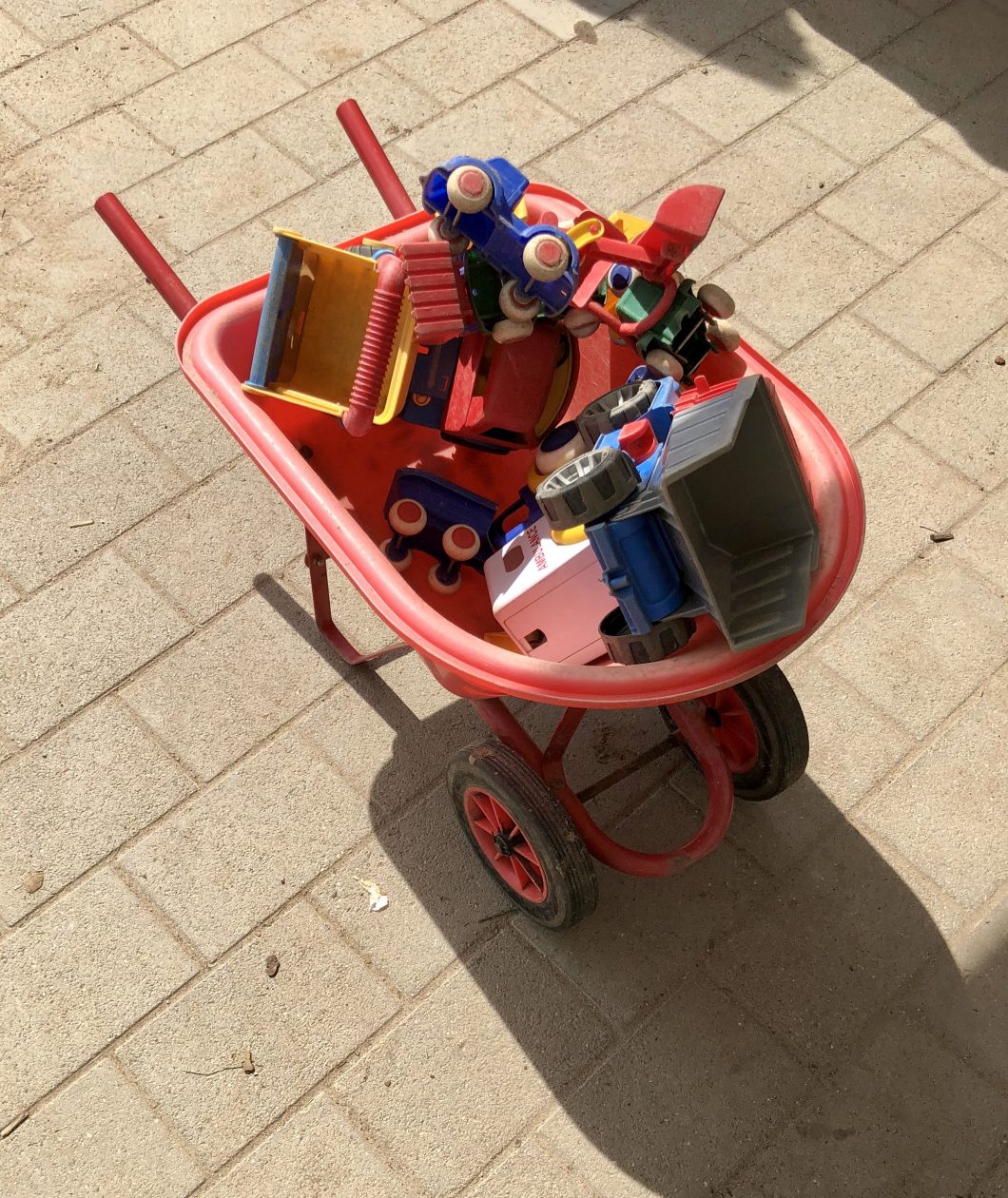 Play is a natural act that is vital for a child to develop physically, mentally and emotionally – an example of some of the many toys that the children can use in the early years playground at ISS.

This, then emphasises that play facilitates much of a child’s introductory skill basis as it is how they make sense of the world. It is through this method of learning that we can then formulate a student that is prepared to move their way up in education as they age (which is evident across the grade levels at ISS because a clear transition can be seen, in my eyes, between the skills needed to learn particular areas of the curriculum that progressively challenge a student further and further to go beyond their capabilities at any given stage in their time in education and to prepare them for challenges in life in general).

Particularly, the concept of conflicts is evident from the offset of education at ISS – “As children learn to play together, conflicts will naturally arise. Our role as educators is to help the children to deal creatively and constructively with conflict situations and to learn through them” (International School of Stuttgart, 2017, p.4). This reminded me of my role in assisting the conflicts of the grade 4s UOI groups. ISS sees that conflicts are a natural part of human interactions from an early age and they are ensuring that children are facilitated with the correct skills to physically, mentally and emotionally deal with their issues with their peers. This will ensure that they can grow up to be strong-willed people that have the skills to understand conflict and be able to overcome it. No doubt as time progresses, the children in the early years settings of ISS will still be constructing new knowledge upon the skills they gained in their beginnings of resolving social conflict. Life revolves around working with people and we need to be adequately skilled to be able to understand the various personalities and differences of opinions that are evident in the world. Collaboration was also seen across grade levels when the grade 5s assisted the Kindergarten children during their tree planting expedition, which sparked real differences in maturity being tested (which I have reflected about further within my weekly reflection post linked above).

So, children from the ages 3 to 5 start their time at ISS within the Nest and then progress into Kindergarten at around age 5 or 6 (and even possibly 7 depending on their background of prior education):

“Early Years students, ages 3 and 4, learn together within four different IB Primary Years Program (PYP) units of inquiry taught over two years. The Kindergarten program, age 5, focuses on learning, literacy and the transition to grade 1 by exploring five PYP units and one integrated Art unit over the course of the whole year.” (ISS – Early Years in Degerloch)

With this progression, the children will build upon more skills needed in learning through inquiry. Intertwined within these will be core skills needed to succeed in life in general and an emphasis will be placed on tapping into the curiosity of the children to learn (International Baccalaureate, 2009).

Delving deeper into the pedagogical understructure of the early year approaches at ISS, it is found that the Reggio Emilia approach is heavily influential in the actions of practitioners:

“Our Early Years programs on both campuses are designed to reflect the spirit of Reggio Emilia.  These early learning programs incorporate the use of maths manipulatives and have a strong emphasis on languages, including EAL support.” (ISS Website – Early Years)

The “approach” (it is said to be more of an ideology towards education rather than a full approach, due to modern institutions being inspired from the beliefs towards education) originated from the Italian town of the same name, where the people cried out for an adjustment towards the teaching in schools in order to bring societal restorative change. Today its core premises can be found globally across various educational systems as the beliefs have been adapted and developed to fit specific settings in which the approach needs to adopted. In short, the main belief of the approach is that teachers and students are co-learners in the school environment and they can use one another to traverse through learning, which contrasts with the traditional didactic approaches that are still seen by many as being core to education. This also relates with the historical importance of the International Baccalaureate’s heritage: 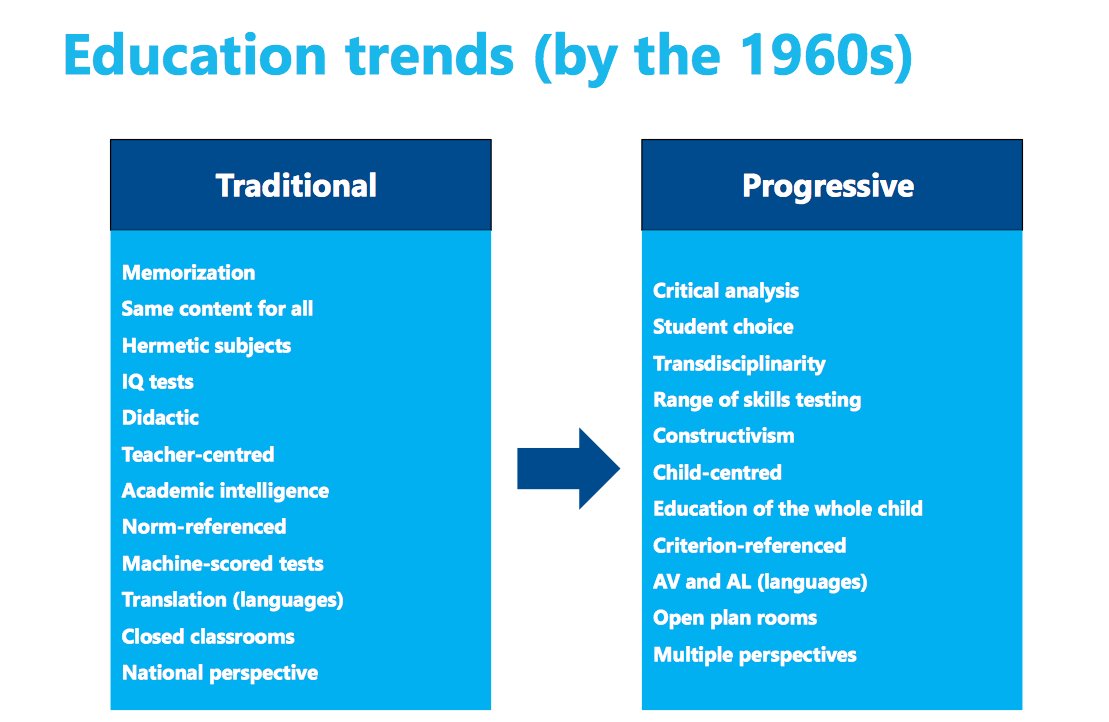 The History of the progression in education and how IB came about (International Baccalaureate, 2017, P.3) in the wake of traditional methods of education proving to be dated and need of adjustment. This history is crucial to fully understand why constructivist approaches like the Reggio Emilia approach are adopted in order to establish international mindedness even from the early stages of education.

What was interesting during my time with the Early Years team was seeing the various different approaches used with classroom outlet. Kindergarten A and B contrasted in the sense that one room was more regimented in clear areas for learning: areas for reading, role-playing, quiet study and teachers desk for example. The other was far more care-free and open-planned which also allowed children to take real ownership in their classroom. Both dynamics allowed me to see both the pros and cons of using different layouts. I know that there is never a surefire approach to organising the learning space, however, it is crucial for practitioners to be able to be critical to what impacts they can have on learning with the changing of layouts of the environment of the classroom. Fahey (2012) also has a take on the Reggio Emilia approach within the IB system as being a freedom for the children to express their learning and for their learning to be observed and documented in a way that is showcasing their development, particularly in the early years.

Overall, it has been very fascinating to be able to see different approaches and pedagogical theories that I had never heard before, particularly within the early years sector of education as this will be very beneficial for not only my MA3 Early Years placement next year, but for my professional practice as a whole. Early years is very much the foundations into setting up a person for the rest of their lives and practitioners need to make sure that the are ensuring that the foundations they make are strong and stable for the children in their practice.

International Baccalaureate (2017) The History of the IB. [Pdf] Available at: http://www.ibo.org/globalassets/digital-tookit/presentations/1711-presentation-history-of-the-ib-en.pdf (Accessed: 1 April 2018).

This post contains the information needed in section 1 of the portfolio.

This section of the Learning from Life portfolio should be completed prior to going on placement, which will allow a strong basis for continual reflection points during the placement.

I will be basing much of my knowledge on my first year placement and my previous experiences within working in primary schools prior to university, however, due to this being an international school in a different country, I will need to look at the placement through a different lens. Furthermore, I have learned the language of German up to an advanced level (advanced higher in school and an advanced level as an elective last year at the university) however, I will be experiencing the language in its natural environment. Also, due to the school being part of the International Baccalaureate, I will need to increase my knowledge in the differences in curriculum between that of the Scottish Curriculum for Excellence and that of ISS. Particularly as the International Baccalaureate strives for creating “internationally minded people” (International Baccalaureate, 2013, pg. 5)

I believe that I am a person that strives in challenging situations and I like to be pushed beyond my limits academically and within practice, and I believe that ISS is the perfect place for me to be able to, not only increase my professional development as a teacher, but also see beyond the teaching experience that I gained in Scotland. I want to also use my team working skills to form cohesive bonds with the staff and students at the school, as this will ensure that I will get the best results for my placement. Approachability, resilience and creativity are also attributes I hope to hone.

Identification of Skills and Knowledge

I have a strong understanding in terms of the environment of Scottish education due to placement and the multiple workshops during the 2 years of being in university, however, have limited knowledge in terms of the differing curriculum and philosophical approach towards education as a whole, thus making it an area that I will need to work on. This placement will play well into to the skills that I was able to develop during my first year placement in that I will be returning to the environment of a primary school. During the placement, i will be staying with a Germany family, which will require my skills in the German language being tested and explored within its naturally spoken environment. I will need to use my people skills in order to overcome the language barrier that will no doubt be a challenge at first, as it has been some time since I have utilised the language. Furthermore, I feel that much of my education in the language has been centred around the written format of language, which will be trickier to formulate into speech and to also be able to engage with spoken German that is being said to me, at first.

Reflection of Experience to Date

Reflecting upon my experiences as a whole, I can utilise my pre-university experiences that I gained as a UK-German Youth Ambassador for the government-funded organisation that aimed to bring young people together to promote the learning of languages and my current university experiences to show my passion for both language and education. Dana and Yendol-Hoppey (2009) find that teachers need to be flexible to any given context they are put into, and that a welcoming attitude will serve any teacher well, thus meaning that I should be open to change, especially within a situation that is very abstract from my usual experiences.

What I hope to Achieve

International Baccalaureate (2013) What is an IB Education? [pdf] Available at: http://www.ibo.org/globalassets/digital-tookit/brochures/what-is-an-ib-education-en.pdf (Accessed: 27 February 2018).