Pickford, Garner and Jackson (2013, p.62) define artefacts as being valuable man-made or man-influenced objects that can encapsulate particular locations or sections of time within the world, which explains why they can serve as being strong backbones to particular contexts for establishing social studies learning. They can also vary greatly  in their appearance and purpose. Within Social studies, they can be extremely useful for teachers to be able to paint a picture of a particular era in history that they may be exploring or even be able to showcase a particular culture of a different part of the world (Fines & Nichol, 1997) or even both together, as the social studies subjects are interwoven; a particular place is essential to the event as it is the location in which an event has transpired.

Within our elective inputs we have continually had time to be able to utilise and explore artefacts, thus inspiring this piece within the portfolio as I wanted to delve deeper into the pedagogical core that lies within the teachings of social studies through the usage of artefacts and sources.

A prime example of the usage of artefacts during our inputs was during our Tay Rail Bridge Disaster session where we were able to work with various types of sources relating to the disaster in Dundee. A staff member from the University of Dundee’s Archives came in to provide us with these artefacts and gave us some background knowledge and also emphasised to us as future practitioners the importance of using links like the University of Dundee’s Archive, where real-life sources from particular eras can capture student’s attention towards history and geography. The archiver made some great points in terms of justifying the usage of artefacts with a class, mainly as it allows a great basis for telescoping the past with the present and vice versa. For example, one of the artefacts was a newspaper from the 1880s (a few years after the Tay Rail Disaster, which occurred in 1879) which could be used for the basis of various points for inquiry. We explored how the formats of newspapers will have developed over history and how they compared to the newspapers of today, giving us a greater insight on how the demand for media has adapted as time has progressed, showing that an artefact can take many different approaches when deconstructed. Nicole Brown (2015), a lecturer within education, has also emphasised this point of importance towards the usage of artefacts being capable of exploring multiple faucets of learning, as practitioners can show production processes within enterprise (an area of great importance within Social Studies for Curriculum for Excellence), or a significant event within History, or an artefact can also serve as a contextualised link to a particular culture and language of another country.

Other sources within the input from the time included images that were taken during the aftermath of the collapse of the rail bridge and then of the construction of the rail bridge that stands today, a poem that was found inside one of the victim’s coat pockets that washed up on the shore, and a compensation form that was assumed to be submitted by a family affected by the disaster. In regards to the photographs, we found it quite difficult to pinpoint what the photos were at first due to the omission of captions detailing what the images are. This then brought about an interesting point for criticality in terms of the usage of artefacts. It is all well and good to have real-life artefacts and sources from a particular age, however, if one does not have the story and historical context surrounding the source itself, then a practitioner is left in a difficult position to facilitate correct learning surrounding it.

Artefacts can also be explored through a more imaginative approach if a particular context wants to be explored. Hughes et al. (2000, p.32) believes that the strategy of creating an Evidence Bag can serve as an excellent hook for students to really hone in on criticality towards a particular topic that a practitioner wants to explore. For example, the usage of an old worn suitcase can spark a great discussion surrounding who it might have belonged to, how old it might be and what kind of contents may be inside. This can be the basis for many areas in the curriculum: WWII evacuation, Victorian era and even modern-day evacuations just being a few. Linking back with the example we explored in lectures, even a bag from the Tay Rail Disaster could be employed and items of local significance could be used to get the children to pinpoint where the case/bag was from and what time period it may be. This process allows children to make interpretations with there being no one right answer during the questioning and investigation process, which can aid in self-esteem of students who feel that they are pressured to be right when they provide an answer.

Identity and Context Meet – the usage of an evidence bag approach can really serve as a great basis for getting students to unravel and explore people from the past.

I feel that the biggest impact surrounding artefacts was when we got to see the original version of the poem that was recovered from a body from the waters after the Tay Rail Disaster. Tattered and torn, minute in size and yet it had an instant impact for what it could have meant for whomever had kept it within their possession during their journey on the train. Instantly I felt myself trying to draw conclusions towards this peculiar artefact before us in terms of its backstory… maybe it was written by a close friend or relative to the person… perhaps it was written by the unfortunate soul themselves… or maybe it was written by a loved one and that was why it was packed away safely within their coat pocket…

No matter the true backstory towards this artefact, it showed the power of using real-life sources for exploring the Social Studies. It also brought about a deeper appreciation for Historians as they were able to preserve this piece of history in order for people like us to see a snapshot into the lives of people in the past. The person may have lost their life in the disaster, but the live in through this artefact that they held dearly with them.

We also listened to a piece of fictional prose surrounding the night of the disaster and it really encapsulated the raw emotion that is evident within history. 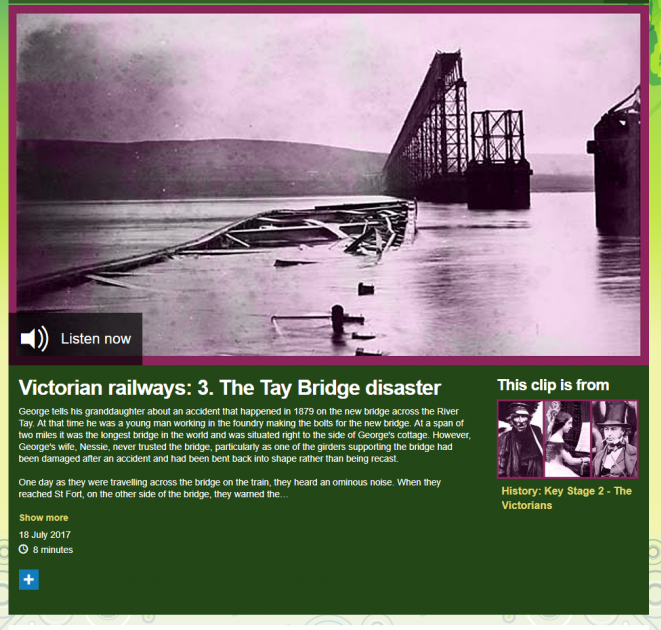 Vita Brevis – Life is Short: This is the piece of prose that we listened to in the input. It showed the power that fiction can bring towards artefacts surrounding a topic. Click the image to be re-directed to the prose at the BBC.

The prose, created for the BBC School Radio (2017) also emphasised the importance of language and how effectively literacy activities can be used in Social Studies. It was great to be able to explore the artefacts that were from the time of the event, however, a piece of writing that was narrated in such an emotive manner allowed for us as listeners to be able to connect the present with the past, just as the archiver said was the key purpose in teaching social studies. We could relate real human emotions towards something that could feel somewhat abstract in the grand scheme of things; this event happened many years before us and we probably would find it challenging to contextualise it as efficiently without something to captivate our emotions. Using something like this would be beneficial as well for students to hone their listening skills as they need to really be actively listening and engaged to be able to gain the depth of emotion and empathy (Busch and Oakley, 2017) relating towards the topic that was such a sad disaster.

Overall, after the inputs and further reading towards the importance of artefacts and sources within practice whilst teaching the social studies, I feel more capable that I could be adventurous and daring with my teaching of historical topics. This is because I have seen the difference it can make to deep understanding for not only a particular event in history, but also for human reactions to disasters and chaos as a whole. Using a wide breadth of artefacts can also really make a difference in the understanding that is picked up by students. Furthermore, I also understand the issues that can come about with using artefacts that have little story behind them. I also realise the great importance of sourcing artefacts from the likes of the University of Dundee’s Archives, as they can have valuable sources and artefacts that would be otherwise hard to come by within practice.

Busch, B. and Oakley, B. (2017) Emotional intelligence: why it matters and how to teach it [Online] The Guardian Available at: https://www.theguardian.com/teacher-network/2017/nov/03/emotional-intelligence-why-it-matters-and-how-to-teach-it (Accessed: 18 October 2018)