Whilst staying with my host family, I have been able to really get engrossed into the town of Kirchheim unter Teck. Kirchheim is a little while away from the city of Stuttgart – it requires a drive of 20 miles to get to the International School of Stuttgart across the A8 Autobahn, something that I have blogged about as I’ve been driving us to and from the school everyday.

Kirchheim itself is a small German town located in the southern part of Germany and in the state of Baden-Württemberg. I got to see more of the town itself with the family. We even got to go up the Teck mountain and see one of the castles that are on top of the mountains. This is where I also got to understand its historical connection with the UK. Queen Elizabeth’s grandmother, Mary of Teck, was born in the UK however, she was seen as a princess of the Württemberg due to her father being the Duke of Teck and he was married into the British royal family. This then shows an unusual connection between the two countries, particularly the Baden-Württemberg section that I am residing in. It made for an interesting discussion with my host family about the history behind Teck itself and how the world can be a small place sometimes… 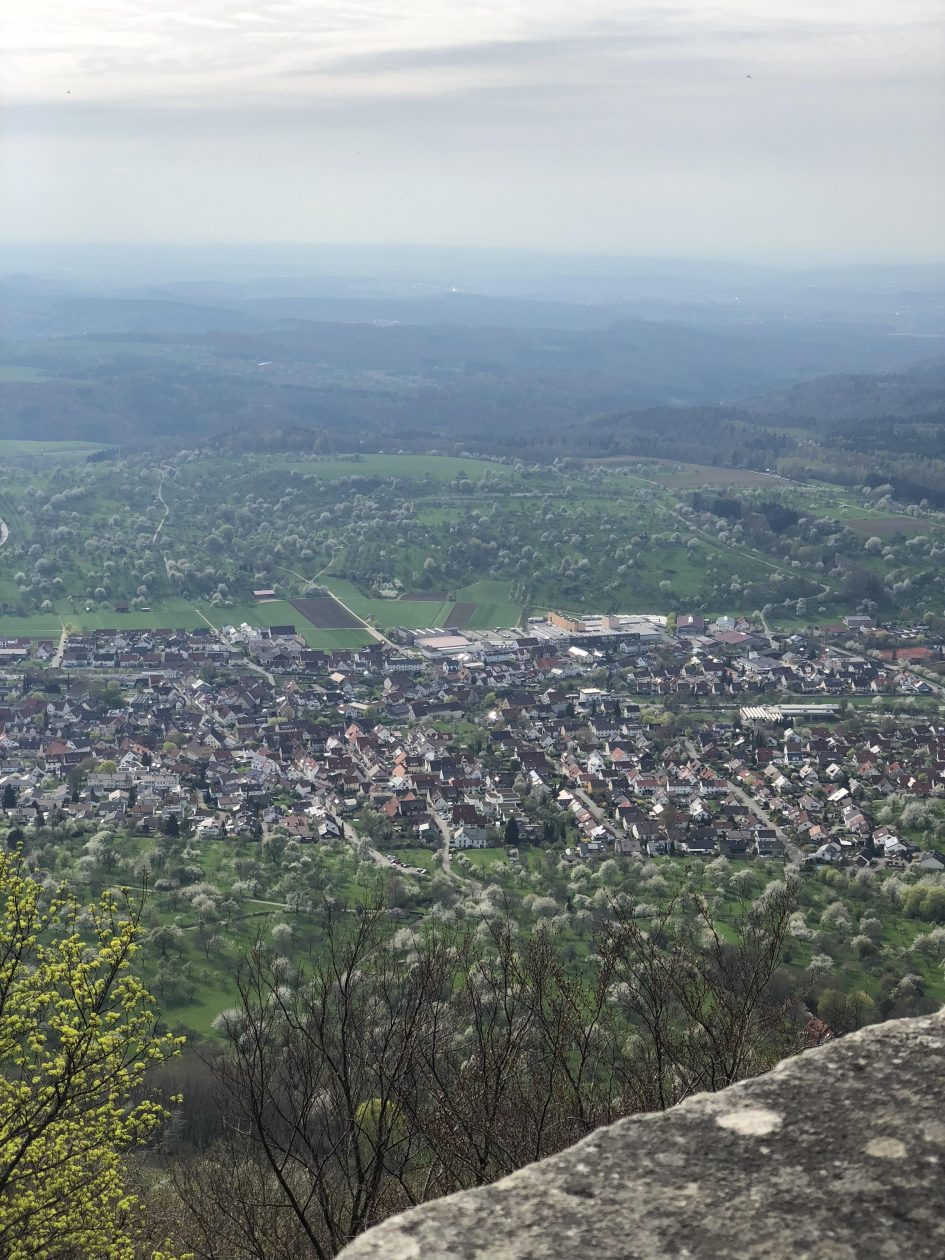 The view from the castle on the Teck

It is the same for when the family went away to a conference in March, they ended up talking with DC Thomson & Co. from Dundee and it was strange that, out of all the companies that they interacted with, it was one from my hometown that they were with. Somewhat of a digression, however it made me realise that you never know who you will bump into in life. 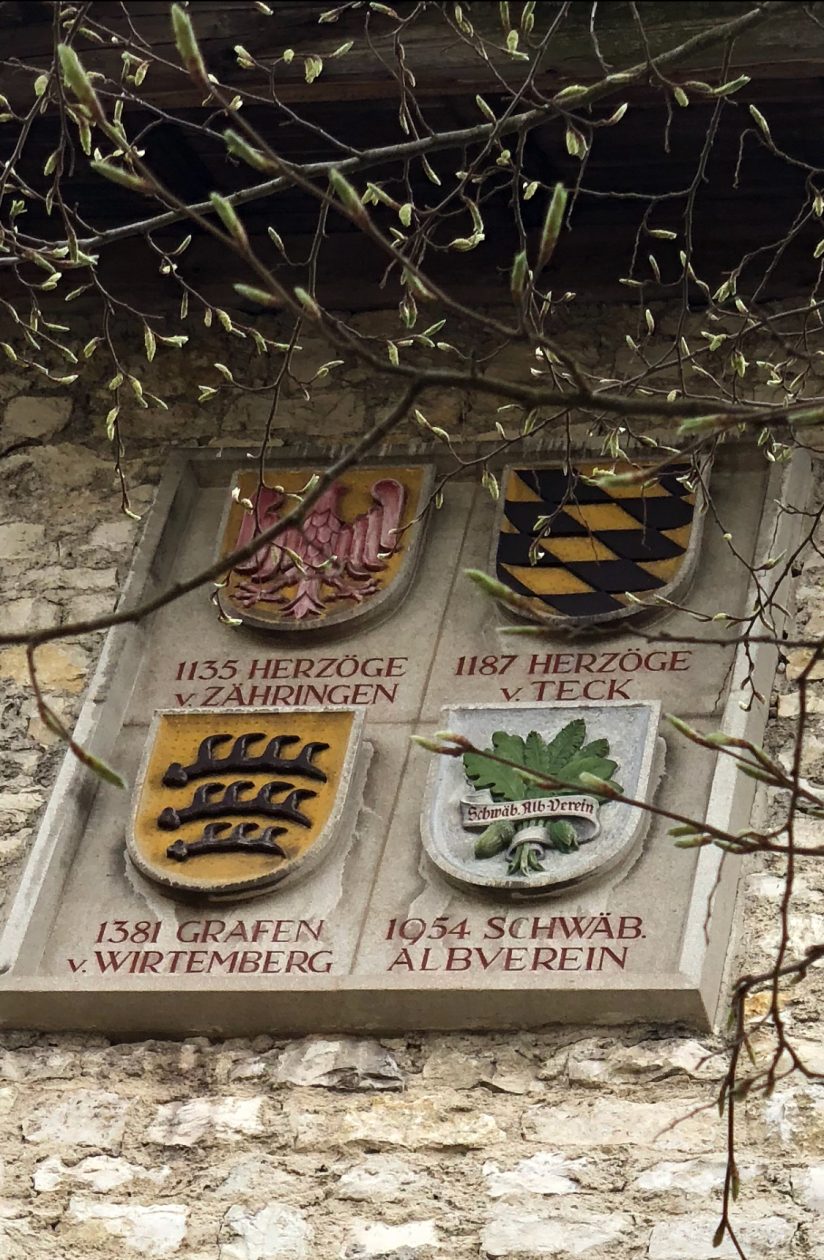 The coat of arms on the front of the castle. The one on the far right is the coat of arms for the Duke of Teck, the family that is interwoven with the British royal family.

Part of the beauty of Kirchheim unter Teck is the heritage that it holds, with many of the buildings being traditionally Fachwerkhäuser (traditional timbered German homes). However there are also more modern developments across the town beginning to take shape as, like many parts of Germany, they are still rebuilding after the war. I’ve been able to experience both the traditional shopping settings of the weekend markets where fresh produce is sold on stalls by local vendors and I have also been able to see the giant supermarket mall that is here also. It also made for an interesting talking point with the family about if modern constructions fitted with the older buildings that already existed.

There are also a lot of bigger companies within Kirchheim. I had a lot of deja vu walking into the Lidl that is here because they are identical in the UK, which reminded me that it is a German company in the first place. Recaro, the famous company for making the seats for race cars and aerodynamic planes, has their headquarters here also and the head of the company lives here too.  I have come to discover there are lots of businesses in Kirchheim and of course within the wider city in Stuttgart, as it is famous for the engineering industries.

This short post has allowed me to put into writing some of the details I have discovered about where I am residing during my placement, showing that I am engaging with the wider community as well as the community of the school. It also allows me to showcase some of the pictures I have taken too!