Over the past weekend, my friends and I watched an interesting film that sparked a critical thought process within me. The film ‘Unfriended’ sees a group of teenage friends get caught up in a horror and revenge plotline over a group Skype call. Although, the film itself was somewhat convoluted and cliché, its premise was still very original and important in our digitally dependent world.

The whole plot flourishes out of a tragedy that is hitting headlines even more so now in 2017 than when the film was released in 2015. Fictionally, Laura Barns falls victim to the hysterical mania of social media when she is recorded whilst being in an intoxicated state at a party and the embarrassing video spreads like wildfire over YouTube, Facebook, Instagram and beyond the realm of the Internet. Due to the pressure, she takes her own life and even this is documented in a video and posted anonymously online. These events in the film shroud the death of Laura with media frenzy and the culprit of the uploaded clips are not revealed until the very end.

Trailer may be deemed as offensive and disturbing to some viewers:

However, going beyond the film, these problems are very real and happen on a day-to-day basis in front of our very own newsfeeds and timelines. Recently, the tragic case of 12-year-old Katelyn Nicole Davis has sparked outrage on how explosive and unruly a single post on social media can be. Davis used a live streaming service where she recorded her own suicide. Morally, we would expect this video to be taken down right away, however the uncontrollable nature of the Internet went against our human moral code and within hours millions had watched it.

The video was viewable to all, across numerous social media platforms, for days before people’s flagging brought about action. However, much like a virus, the clip spread across the web and was reported by numerous outlets and many commented on the topic on their own social media pages. The age of the Internet has really thrown in the question: what’s truly in our control?

Delving into the issues of the worldwide web further shows us that we are all so plugged into a system that promotes connecting with people yet it leaves us truly disconnected from one another. The lines of right and wrong have been completely blurred, as it’s all so accessible. You’re just one click away from shocking images that are becoming numbingly normal to us. We can just as quickly tap out of the gore as we can into it.

What does this say to our younger generations?

People fail to realise that the Davis story wasn’t a movie. It was real. A family has lost a child and the world is watching. They aren’t getting the privacy to grieve.

The realms of cyberspace are uncontrollable and unstoppable. The smartphones we carry everywhere have the power to ruin people’s lives and careers within in seconds. 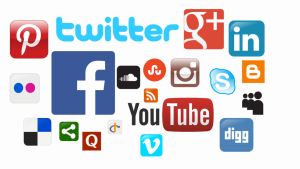 The General Teaching Council for Scotland obviously has understood our growing dependence on social media and built more documentation towards tackling these issues that will make their way to the classroom. The documents tell us that we need to embrace Internet in a cautious ways and put boundaries up to protect ourselves online (GTCS, 2012).

As teachers, we must lead by example of being competent in the negatives of social just as we are in the positives within the classroom and beyond. The General Teaching Council for Scotland has written about this in their guidance documents for social media usage:

“Before posting materials online stop and ask yourself:

1. Might it reflect poorly on you, your school, employer or the teaching profession?

2. Is your intention to post this material driven by personal reasons or professional reasons?

3. Are you confident that the comment or other media in question, if accessed by others, (colleagues, parents etc.) would be considered reasonable and appropriate?” (GTCS, 2012, pg.5)

If we’re smart with our social media footprint then we can instil our own values of the Internet with the pupils we teach. Utilising tragic events like the fictional story of Unfriended, and the unfortunately very real story of Katelyn Nicole Davis, we can see some good come out of the sadness plaguing social media.

GTCS (2012) Professional Guidance on the Use of Electronic Communication and Social media available at: http://www.gtcs.org.uk/web/FILES/teacher-regulation/professional-guidance-ecomms-social-media.pdf (Accessed 22nd January 2017)