This week integrated arts lecture was based on creativity. We spoke about how creativity is essential in a good school environment, but also the opinion that schools are killing creativity by not doing enough of the arts in classes and in lessons. Ken Robinson in his TED talk said, “we are educating people out of their creativity.” This is a very strong statement but in many ways is true, as schools put across academic subjects such as maths and literacy as having a greater importance than the arts this teaches children to dampen their creativity and to focus on their other subjects. We also spoke about how having bright and full walls can be a distracting to children in class when they are trying to focus and work. Csikszentmihalyi (1996) effectively says this in his book. “But constant busyness is not a good prescription for creativity.” We finally looked at the WALT and WILF that in a lot of schools have became common practice before and after every lesson to refer to. WALT is useful as it tells the learn what they are meant to be achieving throughout the lesson whereas the WILF can be subjective and is more useful in other subjects not particularly the arts as everyone’s interpretation and creativity in the arts is different so it is hard for the teacher to specify what they are looking for from the whole class as it could damped the child’s imagination. I feel that this is true and that in arts lessons the WILF shouldn’t be used and only use the WALT if it is practised in the school.

In the music workshop today, we mainly just explored the Charanga website and then participated in some of the activities you can do with classes. We got a chance to look at some of the lesson plans and games that can be helpful if you are not the most confident teacher for music. I don’t play any instrument and aren’t musical at all, so I feel this website will be very helpful for when it comes to me teaching music in schools. One of the activities we did was improvisation on the glockenspiel to a backing music. First, we too off all the f’s and b’s as when these are removed the remaining letters all play in tune with each other. I was very nervous at the start but once I had heard a few peoples I realised that no matter what you played it sounded okay and that most people in the class were in the same boat feeling self-conscious I felt okay and my turn didn’t go as bad as I thought it was going to.

During the art workshop we were put in the place of the child and were instructed to make a paint brush out of some of the random materials provided to us. We then discussed why this would be effective in the class, as children will be more excited and motivated to paint when they are using their own paint brushes with all the different textures for bristles than what they would be if they are provided with a standard store-bought paint brush. We were then not given a picture to work from for our painting. The lecturer described a photograph and we were to take notes and paint it as what we saw. This encourages children to use their memory and their imagination rather than just trying to copy a picture which most children will be able to do successfully. We were then to paint it with our paint brush that we had made. This encouraged us to not be too bothered about the tiny details and about the painting being perfect as it wasn’t possible with the brush I had made from string and plastic. Then we noticed the positives and negatives to the paint brushes we had made my string side was too long and then my plastic side worked well to put texture on the picture. Many of the class’s paintbrushes broke and fell apart which shows that they weren’t as malleable as we thought they would be. I have attached below a picture of my paint brush and my painting. I consider myself to be quite good at art but when faced with this task I found it hard as I wanted my paining to be good and have fine detail that wasn’t achievable with the brush I had made so it encouraged me to not look at the finer detail and just focus on the main shapes and colours which is what small children do when they are drawing and painting. This was very insightful into the way children work and see their art work when they are doing it because even after I had finished mine I could see where certain things are when other couldn’t see it.

Overall the main theme between art and music is creativity and building children’s confidence in areas that they do not feel that they do so well in. when I was in school we did hardly any music which is why I am so unconfident in it. In terms of art we did hardy any of that in school either but when I went to secondary school I chose it and I got more experience and confidence in the subject and in myself. I feel that Piaget’s quote explains the way arts are seen in schools more these days “The principle goal of education is to create men [and women] who are capable of doing new things, not simply repeating what other generations have done – men [and women] who are creative, inventive and discoverers.” This explains that education is not only trying to teach children what maths and literacy they need to know to pass exams but are trying to create creative individuals. 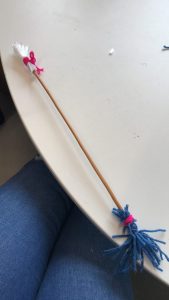 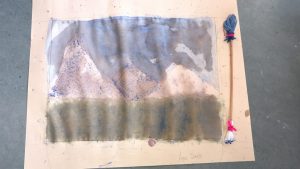