Today’s classes were mainly an introductory session to the module as it was our first day. During this we spoke about the importance of the arts such as visual arts and music in education and how it is often brushed over. This gave us the insight into why we were doing this module and the types of things we will be learning about in the coming weeks. The arts are often avoided in primary schools as they can take awhile for the children to start to get the hang of it and it can take several weeks for there to be a piece of work completed in these areas. Also, it can be because the teacher doesn’t feel comfortable or confident in these areas so choose not to teach it in depth. Another reason can be because they don’t see it in as much of an importance as other subjects such as mathematics and literacy, so they choose to spend most of their teaching time focused on them.

The first workshop we had was on why music matters. We discussed some of the ways we thought music is beneficial to children. One being that some children may not excel in areas of school such as maths, but they may come to discover by learning about music that their strong point is music, and this can improve their concentration and their confidence in the class. It can also lead them onto making music part of their life and make a career out of it in the future. As a result, teachers that choose to brush over music as a subject in school rather than a fun afternoon playing around with the instruments may result in a child missing out finding their calling in school and after. We also spoke about some of the experiences and outcomes liked to music education such as “I can use my voice, musical instruments and music technology, to experiment with sound, pitch, melody, rhythm, timbre and dynamics” EXA 2-17a. We also tried an exercise ourselves that could be used to introduce pulse and rhythm to early years children that included using the shapes circle and square to instruct the children whether to use one beat or two.

The second workshop we had today focussed on art in education. This was very similar to the music in the reasons why it isn’t taught in schools and the reasons why it should be. Children may find they excel in art but don’t get the chance to in school. We looked at pieces of art work from early years, middle school and upper school so we could compare the levels children are at in art at different stages. I noticed that in the early year’s children were mainly free to draw whatever they wanted and let their imagination go free whereas when you get further up the school we noticed that the art work seemed to be more of an add on to other subjects and very teacher lead. For example, most of the art work linked to a topic they would have been doing in class at that time. I Have attached pictures at the bottom to show this and show the progress children make throughout the years in terms of their art work. Even though you can see a link between the stage and the progression every child’s art is different and some progress quicker than others which is why they must constantly be encouraged to keep their confidence up. Although children helping one another is incredibly beneficial to them, in some circumstances some children may compare their work and become dissatisfied in their own work and lose confidence in their art abilities (McAuliffe, 2007). This extract explains why and shows the importance of encouragement while doing art in classes. Another link between the music and visual arts was the creativity that the children can adopt while participating in these subjects which can engage the children further and you can see an increased concentration within the classroom when children enjoy what they are doing.

Overall there are many links between all the arts in school such as creativity and engagement. But also, in the reasons why teachers don’t tend to have a focus on them in their lesson plans and why this should change. 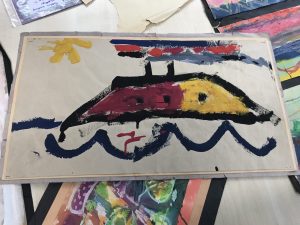 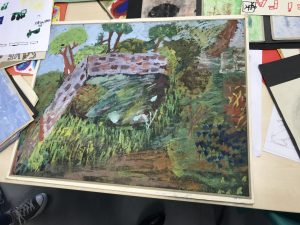 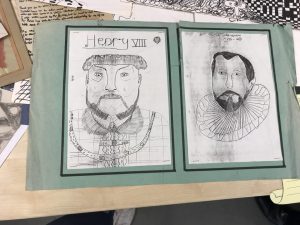