We learnt that for a text to be described as multimodal it must include two or more semiotic systems, which are:
• Linguistic
• Visual
• Audio
• Gestural
• Spatial
Simple PowerPoints used by teachers most of the time are multimodal because they include linguistic, visual, spatial and sometimes audio. But there are other formats that can be more effect in the classroom that are multimodal. “The multimodality of technology is another reason to use it, as it allows teachers to present an idea in a variety of different ways to help pupils understand it.” (Beauchamp, 2012, p8).

Hands on learning in the classroom can be more effective for some children rather than others but most of the time all children enjoy the chance to do active learning. “Touch displays can become a social learning tool encouraging hands-on experiences, thereby helping children to learn by doing.” (Prandstatter, 2014). Within the curriculum for excellence it includes multimodal texts in their suggestion for completion of their framework. “The Literacy and English framework reflects the increased use of multimodal texts, digital communication, social networking and the other forms of electronic communication encountered by children and young people in their daily lives.”

The task we had to complete today was to make an interactive flipchart using the activinspire tool. We started off sharing ideas with a partner to make sure we both had a solid concept of what we were going to create. I had decided to make my flipchart aimed at younger children and I was going to make mine to be used in a spelling lesson. The interactive aspect of my flipchart included the children identifying what the picture was that they were to spell out and then them coming up and dragging the letters to the dotted line to make the word. “I explore sounds, letters and words, discovering how they work together, and I can use what I learn to help me as I read or write.” ENG 0-12a / LIT 0-13a / LIT 0-21a.

Overall, I think that using multimodal tools to make the teaching of a subject interactive and hands on for the children is a very effective way of teaching as most children enjoy it and when children enjoy their learning they are more likely to retain the information they were being taught about. Activinspire is a very good tool and I am sure I will use it in my teaching. 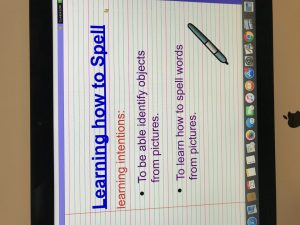 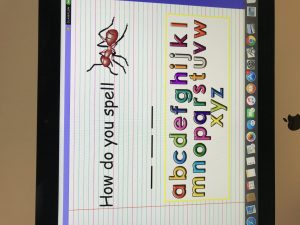 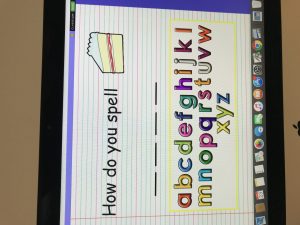 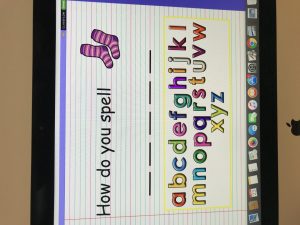