The European Schoolnet Academy is happy to announce that its Spring courses of 2015 are now open for enrollment. Join us on two exciting MOOCs this April, designed by teachers for teachers.

The first course to launch on the 13th April is the Creative use of Tablets in Schools course. Join us on this exciting learning journey that aims to guide teachers in their use of tablets and inspires them to use tablets to foster innovative teaching and learning. In 4 modules it gives a general introduction to the use of tablets in schools and discusses how tablets can support new learning approaches such as content creation, collaborative learning, personalized learning and flipped classroom. You can enroll on the course here: http://www.europeanschoolnetacademy.eu/web/tablets-in-schools. If you use social media, please also join the course Facebook group and help us spread news about the course via Twitter using the course hashtag #tabletscourse.

A new National Digital Learning Week is taking place from 2 – 6 March and we want to encourage schools to get involved and share how they are using digital technologies to support learning and teaching. We would love to hear how schools are incorporating digital approaches at home and in the classroom, whether this is small-scale or large-scale. The whole point of National Digital Learning Week is to involve schools, share what’s going on and encourage teachers to have a go with digital technologies and to share, do, develop in school with learners.

During the week we would like to encourage schools to:

Find out how to get involved: https://blogs.glowscotland.org.uk/glowblogs/ndlf/category/news/

Glasgow Caledonian University (GCU) is engaging with schools and teachers to co-create digital applications with the theme of music for wellbeing throughout the lifespan, building on the success of last years’ award-winning Gaming for Glasgow project.

Bailie Gerald Leonard, Depute Lord Provost, attended today’s launch of ‘Project Raintown’ which will focus on digital app development for health and wellbeing in the classroom and wider world, engaging each of the 10 Learning Communities in Glasgow’s East End.

Supported by the Celtic FC Foundation, the project focuses on compiling playlists and producing apps in collaboration with experts across the UK around the concept of music and health with a community value, and seeks to make a meaningful difference to young people’s aspirations for employment and further education.

These opportunities will be made available to benefit both GCU students and school pupils through expert mentoring, workshops and volunteering opportunities.

Glasgow’s Lord Provost Sadie Docherty said: “I’d like to thank everyone involved with Project Raintown. Understanding technology is the future for our children and collaborations like this with Glasgow Caledonian University and partners is a really exciting way to engage young people in a meaningful way in subjects that really interest them – music and technology. I wish all the teams the very best of success and look forward to hearing about their progress.”

The project is also being supported by Stewart Henderson, Chair of Scottish Music Industry Association and Head of Chemikal Underground Records, the Royal Conservatoire of Scotland and the RSNO, who will also be represented at the first workshop.

The project is being led by Dr Gianna Cassidy, Music Psychologist and Trustee of Playlist for Life charity, and Dr Morag Ferguson, Assistant Head of Strategy for Learning and Digital Futures, both from the School of Engineering and Built Environment.

In the first activity on Wednesday, November 19, staff and students from GCU are providing an app development workshop with children to kick start the programme of activities and generate initial music app concepts for the programme of work and will provide a CPD workshop on app for respective teachers from each school.

Future workshops will support the schools in learning the basics of app building and development and prototyping.

The GCU team recently presented to Scottish Universities’ cross-party group at the Scottish Parliament, having been awarded a Game Changer Award for excellence in learning and teaching for Gaming for Glasgow.

Education Scotland has published new case study films highlighting examples of good practice in creativity, health and wellbeing and religious and moral education from establishments in Scotland. The films, available on the Journey to Excellence (JtE) website, are helping schools across the country learn from those leading the way in innovative practice.

The aim of these films is to support and inspire practitioners. They are designed to complement Education Scotland’s 3-18 thematic reviews of creativity, health and wellbeing and religious and moral education, which were published last year.

This CPD will help you use archive films in the classroom for interdisciplinary learning. Learn how to access the online learning resource Scotland on Screen to watch and discuss archive films, use them as the starting point for building projects and download them for use in moving image presentations.

Polish up your party shoes and bring your favourite toy to this special Christmas-themed screening and workshop created by the Scottish Screen Archive and theatre-maker Geraldine Heaney.

Mrs Claus has forgotten what Christmas in Scotland is like but she has some home movies from the past to help her remember. Can you help her understand the Christmas traditions and write a letter for her to take back to Santa?

Glow is Scotland’s national online environment for learning.  If you are involved in teaching and learning and want to stay up to date on what is happening with Glow and how to make best use of the Glow service, please check out Glow Connect. 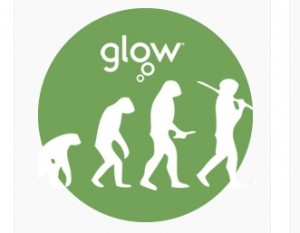 Glow Connect provides updates, news, help and support for all Glow users.  Here you will find an overview of what is on offer and what is being developed, guidance materials and blog posts from those who are developing and using Glow.

The site is updated and maintained by the Scottish Government and Education Scotland.

Please have a look at what’s on offer and give Glow a go. http://connect.glowscotland.org.uk/

FIRST LEGO League is a robotics program for 9 to16 year olds designed to get young learners interested in and enthsed by science and technology — and teach them valuable employment and life skills.

It can be used in the classroom or teams, composed of up to ten childrenwith at least one adult coach, can come from a club or organisation who just want to participate in a challenge.

In First Lego League  learners need to think like scientists and engineers  as they programme a robot (using the LEGO® MINDSTORMS® robot set) to score points, devising a solution to a problem as part of their project, all while being guided by the FLL Core Values.

These three elements – the Robot Game, Project, and FLL Core Values – make up the Challenge.

Registration will open soon for the 2014 First Lego League World Class Challenge, What is the future of learning? exploring how we gather knowledge and develop skills in the 21st Century.

Budding young entrepreneurs from East Ayrshire academies entered Sir Tom Hunter’s Dragons’ Den once more, in a bid to scoop the top prize of £3,000 – and Monsieur Soleil swept the board!

An educational board game in French/English, Monsieur Soleil (Mr Sunny) was the brainchild of the team from Doon Academy, Dalmellington, which took them to victory on the night.

Sir Tom praised the quality and innovation of the game, which could also expand into other languages – and he urged them to consider Mandarin.

He said: “Doon Academy is the overall winner of the Sir Tom Hunter Challenge 2014. We think their product has global reach – and importantly, it makes learning fun. Even better, it is manufactured in East Ayrshire”.

As part of his commitment to mentor local pupils, billionaire entrepreneur Sir Tom challenged youngsters to come up with ideas for products, innovations or businesses of the future.

Graham Short, Director of Educational and Social Services, had already purchased 50 units of Monsieur Soleil for schools – and judge Heather Dunk had also bought a game, which she said was ‘superb’.

James Hamilton Academy scooped second prize of £2,000 for H2NO –a ‘socially-responsible’ mobile phone cover, which inflates and protects a phone dropped in water. All profits made will go to WaterAid. The judges praised it as ‘a really innovative idea which could be used in the marketplace today’.

Auchinleck Academy was awarded third prize of £1,000 for its creative Re-Dezyn app, which allows users to re-design any room in their house.

The other six schools’ presentations were considered to be so good that Sir Tom awarded them £500 each.

Sir Tom Hunter said: ““East Ayrshire Council has taken the lead in the field of enterprise in education. This should be happening all over Ayrshire and indeed all over Scotland.

“The role of education is to equip young people with open minds and challenging minds, to encourage them to collaborate in teams and have fun while learning.

“Everyone here is really a winner. The important thing is the journey pupils go through to learn and understand – not just the inventions they come up with”.

Councillor Douglas Reid, Leader of East Ayrshire Council, said: “This was a keenly fought competition, where our young entrepreneurs had the opportunity to demonstrate not only their business skills, but also their fantastic creativity.

“Engagement with business is now securely embedded in the school curriculum and our vision is to ensure that every pupil will develop the skills and abilities for a successful career.

“Above all, we want to foster in our young people that vital ‘can-do’ attitude and positive mindset. Events like this clearly show what a talented pool of young entrepreneurs we have here”.

All school teams were invited to Sir Tom Hunter’s E-spark Hatchery in Dundonald for further mentoring.

For the first time, two secondary schools in Inverclyde have formed a unique shared-campus team as they get ready to compete in a regional electric car race.

The shared-campus project has been organised by the Technical departments of both schools, Port Glasgow High School and St. Stephen’s High School to engage the pupils in a special engineering challenge – to design, build and race their very own electric car.

The challenge has been set by Greenpower UK Education Trust which hopes to engage and inspire students with some guidance from their teachers and an industry mentor.

The Technology Strategy Board, the Knowledge Transfer Network, and the Education Foundation will be running as series of UK events to promote an upcoming £1.1m funding competition called Learning Technologies: Design for Impact which will highlight the challenges and opportunities specific to the design, adoption and implementation of digital technologies in the education sector used for learning and teaching.

This event will signpost companies to explore how co-design will engage educators and learners at a deeper level and will stimulate discussion among educators, designers, digital companies and education professionals. Attendees will meet like minded professionals from a range of backgrounds, including education, design, technology and digital, debate the challenges and opportunities associated with implementing innovative learning technologies, and connect with potential collaborators who seek professional expertise during this process covering a range of disciplines, from service or business design through to best teaching and learning practice.

For more information on the funding competition please visit: http://bit.ly/PpzVZU

Register below for a place to attend today.

News, opportunities, research and strategy relating to creative teaching and learning in Scotland