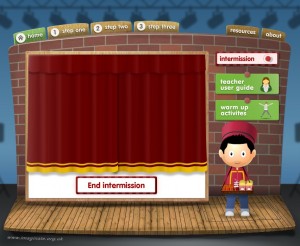 Imaginate worked in consultation with teachers and pupils from Whalsay Primary, Shetland and Busby Primary, East Renfrewshire, to develop and pilot an interactive online teaching tool, to support pupils and teachers in assessing and evaluating live performance. The two schools acted as an advisory panel to ensure the final resource met the needs of schools and was fun and enjoyable to use. They helped develop the resource through completing online challenges and surveys via Glow to choose the design and colour of the resource, the look of key characters and the sound effects for the resource.

Teachers from both schools worked closely with Imaginate and were involved at all stages: project planning, developing activities and resources, delivering the project, using Glow and facilitating pupils to use Glow. This allowed the project activities to be developed flexibly around the needs of the schools, taking into account limitations created by timetabling etc.

The interactive resource was created in partnership with Screenmedia, digital communications studio. It is now available via the project Glow group to enable schools across Scotland to develop their art criticism skills and to share their experiences and evaluations of live performances.

The new resource aims to support teachers in meeting Curriculum for Excellence Expressive Arts Experiences and Outcomes across all levels, and encourages pupils to develop critical thinking skills and become more able to express their own thoughts, feelings and opinions with confidence whilst valuing those of others. 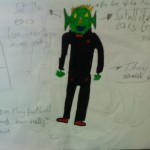 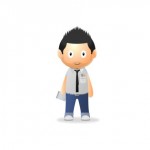 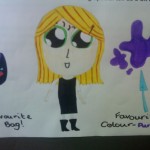 The project aimed to develop and create a dynamic, accessible and engaging online resource to support schools in evaluating and appreciating live performance.

The project firmly promoted group work – pupils had to work together on each of the tasks set by Imaginate in order to drive the development of the resource forward. They also had to work in groups to discuss the performances they had seen. The project also promoted the following types of learning:

• focused opportunities to become active audience members and to listen to, learn from and respond to the views and opinions of others on the arts;
• using the expressive and performing arts as a stimulus for other learning, including writing, drawing and developing thinking and criticial analysis skills.
• greater independence in formulating own thoughts – not just agreeing with peers or the majority view;
• active pupil-led debate and discussion;
• working with external arts professionals;
• active learning experiences through seeing shows and building class time around these shows;
• interdisciplinary learning – using live theatre as stimulus for English and Art class activities so that the performance becomes a linking theme across curriculum subject areas; and
• communicating with Imaginate and with other schools.
• using Glow and other online resources to support classroom activity; 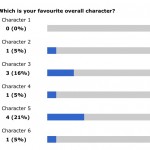 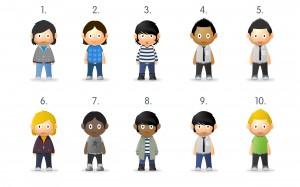 How was Glow used?
• A Glow Meet was facilitated between the two schools to discuss their views of a performance they had both seen;
• Imaginate set challenges on Glow for classes to do to inform the development and look of the resource eg., choosing colours, themes, sounds, the look of the main character, Stevie;
• Glow surveys used for classes to vote on aspects of the site and to undertake evaluation activities; and
• Glow provides the platform for the interactive theatre performance evaluation tool to be made accessible for use by schools across Scotland. 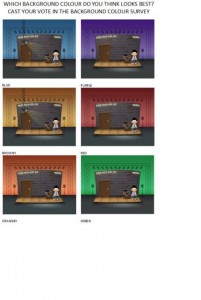 The teacher most heavily involved in the project, said that the project had developed her own confidence and skills in discussing the performing arts with her pupils, furnishing them with appropriate terms within which to discuss performances. The project contributed to the following learning outcomes:

• how to use a tailored resource to support classroom activity that allows pupils to explore CfE capacities and outcomes around understanding and critiquing the expressive arts;
• increased motivation and confidence in engaging pupils with live performing arts experiences;
• confidence and understanding in use of Glow to support teaching and to involve pupils, inside and outside the classroom;
• increased confidence and skills in supporting children to make personal, reasoned and creative responses to what they see and feel;
• new tools and ideas for reflecting, evaluating and appreciating performing arts and how they can be used as a stimulus for other subject areas;
• some creative approaches to warm up activities for engaging pupils;
• CPD opportunities in terms of using Glow.

New skills and knowledge acquisition for pupils
The project promoted the following key learning:
• better developed critical analysis skills and increased confidence in discussing their opinions in a structured way;
• greater ability to make informed judgements and constructive comments about different aspects of live theatre including plot, set, props, costumes, lighting etc;
• understanding of terms and processes associated with live performances;
• supporting pupils to better articulate why they like/dislike something;
• listening and speaking skills – learning to respect and respond to the views and opinions of others;
• how to use the various functions of Glow including completing surveys and sharing discussion of live theatre with other schools;
• skills in working constructively with others.

successful learners – pupils were motivated and enthused by using Glow for learning, working with arts professionals and attending live performances;

confident individuals and effective contributors – most significant development was made around these capacity areas. Pupils developed their ability to apply critical thinking to expressive arts and to discuss their own views and to listen to and respect the opinions of others; and

responsible citizens – pupils used Glow Meet to find out about how another primary school in Scotland operates, building their understanding of what life is like for other pupils in different parts of Scotland.

New skills and knowledge for Imaginate

The Project Coordinator felt the project had resulted in increased knowledge and understanding for them in the following areas:

Understanding of schools and CfE

• greater understanding of the need to really simplify and explain processes to make them usable within schools – keeping processes simple, not ideas;
• understanding of the kind of support and resources teachers require to deliver successful classes;
• recognising it is most effective to build the skills and capacity of teachers and trust them to take activities forward, accepting that sometimes other school commitments will get in the way and that flexibility is required at all times when working with schools;
• understanding the success of such a project relies heavily on the individuals involved – need buy in and commitment from class teacher to make it work;
• being prepared to adapt plans at short notice to accommodate school needs;
• more geared up to understand the curriculum and what schools have to achieve and evidence they are achieving; and
• greater confidence about approach to learning and planning workshops within schools.

Use and understanding of Glow

• the experience of Glow in action in schools;
• understanding and appreciation of the issues schools face in using Glow and how this may impact on delivery of arts projects;
• understanding that schools need a clear reason to use Glow and that many schools require support in using it – Co-Create offered an incentive and support;
• the potential uses of Glow for arts organisations. 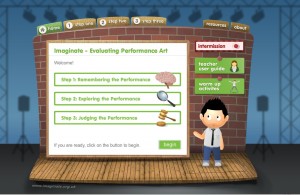 Delays in accessing Glow accounts for participants delayed the consultation design period for the resource. The inconsistent use and access to Glow in schools across Scotland would impact on the delivery of future projects – the arts organization would need to build in time to allow for accounts to be provisioned and for teachers to be trained in using Glow for example.

Most of the pupils and teachers involved had not previously used Glow and the project resulted in increased enthusiasm and uptake of Glow. One of the things pupils most enjoyed about the Co-Create project was using Glow and they hope to be able to do so more in future. The class teacher is now using Glow as part of her teaching practice and is enthused and convinced of the potential applications of Glow within the classroom. As a result of the training this teacher received through Co-Create, she is now acting as the school’s Glow Champion to support the implementation and use of Glow throughout the school.

All participants, pupils included, felt the Co-Create project had been successful in helping pupils to better engage with and critique live theatre performances and to express their thoughts and feelings about the arts in greater detail and with increased confidence.