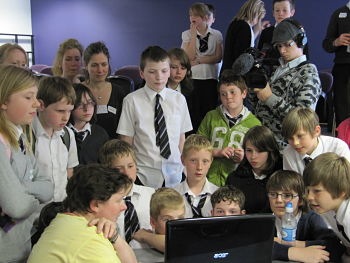 The ‘Hooks + Bites’ project involved developing a digital art bank for Glow, working with nursery, primary and secondary pupils. The ‘hooks’ were topics, in this case focusing on ‘transition’ and what it means at critical life stages as children move from nursery to primary, primary to secondary, secondary onwards. The ‘bites’ were the digital sound and image files created by the children. A series of workshops run by a team of artists and musicians, Plan B Collective, were held between May and June 2010 to develop the bites, which included sound recording, animation and videos.

A project celebration took place in June 2010 at Perth Concert Hall, where project partners, schools and members of the local community were invited along to view the Hooks + Bites exhibits, including a showing of all pupil work on the Threshold Wall – a bank of 22 monitors in the Concert Hall’s main front of house space.
The project was focused on producing an end result for Glow, rather than using Glow throughout the process, however Glow was also used as a means for posting project updates and materials, and to upload project work to show the project in progress. The resulting Glow Group provides a model which teachers across Scotland can use for inspiration and practical advice on how to make digital animation and sound artwork. 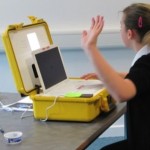 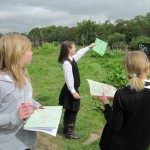 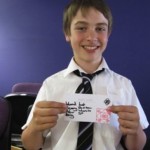 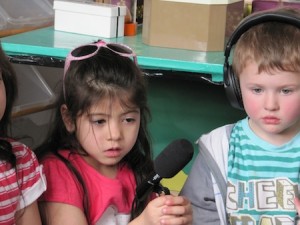 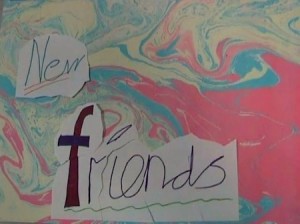 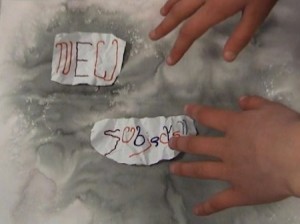 Successful Learners – during the work of the project pupils were enthusiastic learners, became open to new thinking and ideas and were determined to reach high standards of achievement. Pupils became better at communicating, thinking creatively and independently, learning independently and as a group and using technology for learning.

Responsible Citizens – as a result of the project pupils became better able to make informed choices and decisions, and develop informed and ethical views of complex issues.

Confident Individuals – the project increased pupils’ self-respect, and their sense of emotional and mental well-being, helped them to have more secure values and beliefs and increased their ambition. Pupils became better able to relate to others and manage themselves, and achieve success in different areas of activity.

Effective Contributors – the project supported pupils to work in partnership and in teams, take the initiative and lead, communicate in different ways and in different settings, apply critical thinking in new contexts, create and develop and solve problems. 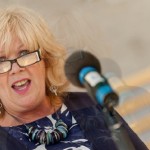 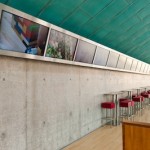 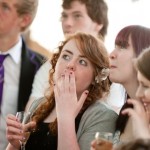 New skills and knowledge for Horsecross Arts and Plan B Collective

For Horsecross Arts the project was the first time they had extensively used new media art with school pupils. They felt they had learned a lot from the process and would feel more confident doing so in future.

Through the project, Plan B learned that:

For both organizations this was the first time they had used Glow; now they are familiar with it they will continue to use it in future when appropriate. A number of relationships were formed, and existing relationships were strengthened by the project.

Although some participating teachers had experience of Glow, the majority involved were not familiar with Glow before the project started and did not yet have Glow accounts; the use of Glow was not consistent across the participating schools. Plan B therefore spent more time developing the Glow group than they had expected to, and also had difficulty in using Glow Meets to communicate with project partners.

Teachers had enjoyed the experience of using Glow during the project, despite some early apprehension. Responses to a survey conducted with teachers by Horsecross Arts suggested that staff felt Glow would be useful for sharing information and ideas within the school, and possibly between other schools in Perth and Kinross. They also showed some interest in linking with wider groups and organisations using Glow.

Horsecross and Plan B found that working with groups at this level of involvement has had a lasting impact on teachers’ and pupils’ understanding and interest in digital art.

The project has raised the profile of Glow in the schools and local authority.

The project also brought together partnership between Education Services and creative industries, opening doors for staff to work with arts organisations in future.