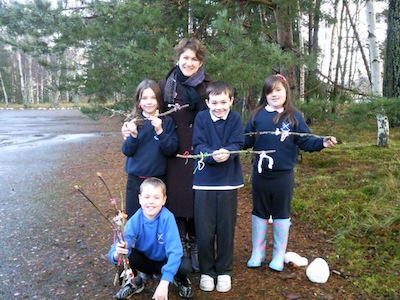 Fèis Rois brought together P5-6 pupils from two Aberdeenshire primary schools and two Highland special education units for pupils with complex additional support needs. The project supported schools to work with artists to learn the art of traditional storytelling, music and song writing.  The young people used the stories they were told as inspiration and stimulus for composing their own songs and stories, which they shared with each other through Glow.

In most of the schools, activities were delivered through regular short workshops, with each session building on the last so that pupils were introduced to traditional storytelling, then traditional music and instruments. Over the weeks, their learning contributed to writing, composing and performing their own songs. At the end of the project each school spent a day with sound engineers to record their material and a CD of this was given to each school.

P5/6 Pupils in Aberdeenshire worked with a traditional storyteller, Ruth Kirkpatrick, to learn about the art of telling stories and the history behind traditional tales.  The classes worked on the stories Ruth taught them outwith the scheduled time to make story plates and sticks.

Musicians Findlay Napier and Angus Lyon worked with the classes to create their own compositions and songs around the stories pupils had been working on.

In the secondary school in Aberdeenshire, pupils spent three consecutive days, off timetable, taking part in dance, music and storytelling workshops and creating their own songs and artistic interpretations of their culture.  These were recorded onto CD and also performed live as part of a performance evening with the two feeder primaries.

The pupils in Highland worked with Fèis Rois to learn about traditional music and the art of song writing. Applegrove school used their class topics as stimulus for creating songs and the pupils were introduced to and taught about a different instrument each week.  Both schools worked with song writer, Jim Hunter, musician Colin Mclean and Rachael Duff from Fèis Rois.

The two groups, including pupils, teachers and support staff, kept video diaries and interacted with each other using Glow tools. As the project developed, videos of pupils’ work, together with images and creative writing compositions were put up onto the project Glow group.

Throughout the project, pupils were immersed in traditional Scottish culture, and had the opportunity to enjoy performances by professional artists and performers. They developed new skills and created and performed their own work for others.

The approaches taken to activities and project delivery were tailored to account for the individual needs of pupils, as well as the timetabling restrictions in schools. 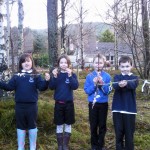 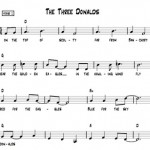 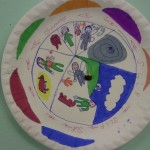 Pupils gained from a flexible approach to learning and worked in groups to write and perform songs. They developed interpersonal skills through working directly with professional artists and performers and gained confidence from performing their own songs in a recording studio and infront of their peers. 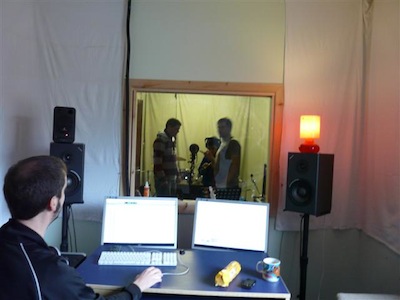 The project supported an active approach to learning. It shared creative approaches such as a ‘mystery box’ of sensory objects and instruments to stimulate interest and provide prompts for composing and writing songs.

The Highland school saw how engaged pupils were with music and will try to incorporate different aspects of music and use of instruments into their teaching in future.

The project gave schools access to artists with specialist knowledge and skills, allowing both pupils and teachers to learn from external expertise in music and storytelling. 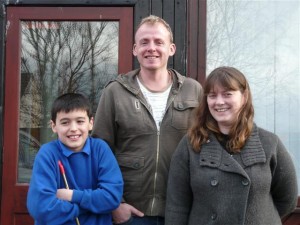 Responsible Citizens – through exploring Scottish traditions, pupils developed a greater knowledge and understanding of Scotland and its history and culture as well as increased respect for others

Fèis Rois project staff and artists gained a greater understanding of how to deliver effective workshops to disengaged learners and learners with additional support needs.

They gained a greater understanding of working with schools, in particular that working with ASN schools requires a flexible approach to structure and timetabling.

Some of the schools did not actively involved themselves in project planning and delivery which resulted in a number of challenges including difficulties accessing rooms, working space and resources. Where some teachers had a more hands off approach, Feis Rois found there was reduced capacity for collaborative working between the schools and the artists.

Young people from the school for disengaged learners had the opportunity to opt into the project, making attendance unpredictable and reducing continuity of participation

Project timescales slipped slightly due to the adverse weather conditions in Scotland in December 2010. Sessions were rearranged.

The project experienced delays getting Glow logins for pupils and staff. As a result Fèis Rois staff uploaded project work for the schools until they got their login details and have been involved in providing some basic Glow training on how to upload materials to Glow. 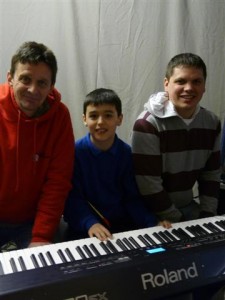 The special needs school in Highland, whose pupils are also enrolled in mainstream schools, had not used Glow before, and felt that Glow offered great potential for their pupils in terms of being able to post pupils’ work on Glow, demonstrating to their mainstream peers their activities and accomplishments outside of school.

The partnership model developed between Fèis Rois and the Highland schools was found to be effective by all partners, resulting in tailored provision of activities to suit individual school and pupil needs. One teacher commended the project for their patience and flexibility and ability to learn from the school to provide suitable support to their pupils.

In future Fèis Rois will have a better understanding of the challenges facing schools, including access to equipment, training and accounts for using Glow. They will build additional time into project planning to alleviate the challenges created by these issues.