Pupils were ‘conscripted’ into the infantry, organised into sections, platoons and companies and were  issued with identity cards. They were taken through the rigours of military discipline – some were granted ranks of Corporal and Lance Corporal with responsibility for their section of troops. The rank system allowed many pupils, normally perceived as disruptive, to seize responsibility and gain confidence. 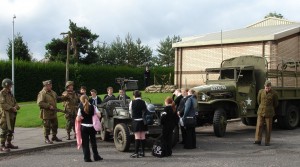 Interdisciplinary working through the arts, made coherent several curriculum areas all within the context of  Operation Blackboard. Examples include a Sergeant taking the privates through code breaking exercises, both de-cyphering and encrypting messages of their own. In costume, US paratrooper experts took a 1940 Jeep and troop carrier used in the D-Day operation to schools, explaining how the vehicles would have been used. A miliarty boffin demonstrated the workings and purpose of gas masks, discussed escape techniques and communication tools if captured. All of this and more, provided a context for developing linguistic and mathematical understanding, integtated with history, geography, PE and sciences, in ways that clearly engaged pupils:

“Doing this project made me feel more interested in World War 2 and think more about what happened back then.” (pupil)

“I learnt that the World War 2 was much more interesting that I thought.” (pupil) 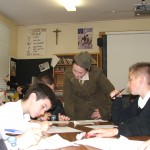 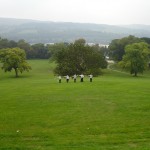 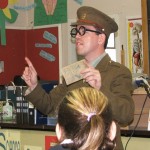 The development of Operation Blackboard grew from the idea of  integrating the arts into the very heart of an educational topic. It was also an opportunity to explore an under used element of drama in learning and teaching.

One intention was that pupils became extremely familiar with historical figures (they had the opportunity to actually meet Neville Chamberlain and Winston Churchill) and learn through word of mouth, by sharing and through experiencial learning, a broad range of historical  facts and ideas.

It was intended that pupils would develop an increased interest in learning about the topic and for school life in general. Pupils were required to apply their learning in practice throughout the project.

“It gives me an excellent basis for teaching the World War II topic which we are due to start next year.” (Primary Class Teacher)

“I found the decoding quite hard but I managed to solve it.” (pupil)

There was a clear sense of appropriate challenge throughout the project:

“ I am proud of what I did because some of it was hard.” (pupil)

And worth the effort of working differently:

“They probably learn more from this one day of hands on experience than they do from a whole year in the classroom.” (Deputy Head Teacher)

“It made me feel more confident about things I will do in the future.” (pupil)

“They remember more, and learn more if they enjoy the learning – they’ll remember this alright.” (teacher)

Teaching staff reported that the project engaged many pupils who otherwise might not have shown interest in the topic and improved attitudes towards learning generally. 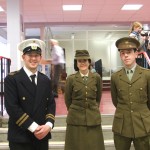 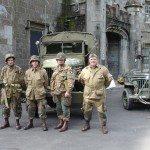 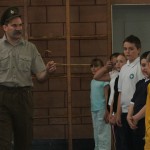 Operation Blackboard is one of a range of interactive experiential drama and curriculum days developed by the Cultural Co-ordinator Team. It is a transition topic delivered in primary and secondary and was instrumental in the Council receiving a COSLA Bronze Excellence Award for advancing community wellbeing.

Ambitious partnership projects are never without challenges, cnd challenges bring learning for everyone. Below are some examples of things think about when undertaking this type of work.

The local paper took great delight in having the children point the original WWII weaponry straight at the camera and then placed the image on the front page above a headline about a gun crime. When dealing with sensitive subjects, such as war and weapons, it is important to keep a very tight control on the images the press get to take. We now insist that a senior member of the team is on hand whenever the press turn up. It is important to be firm as the press will still try to get the picture they want!

Different personalities will engage with the fictional world being created to different degrees, and can have an important effect on the success of the day. We used two tools to make the most of this opportunity. We provided notional costume pieces for the staff, such as a hat or a jacket, that allowed staff to look the part without needing to fully ‘dress up’. Most were more than happy to do this – one DHT even made her own costume! Secondly the pupils were instructed to address the teaching staff as Sir or Ma’am and the staff were given Officer level ranks whilst the pupils could only advance as far as Corporal. This maintained the school hierarchy (the HT was the General, staff were Captains and Colonels) which is important to discipline, and kept staff within their comfort zone by not actually changing their power relationship with the pupils.

Obviously space is always an issue for these kinds of events. We engineered activities to fit into a classroom where possible, relying upon the actors to make things different. Whole group activities such as meeting Neville Chamberlain or watching the Movietone film footage allowed us to bookend the days in the assembly hall saving on spaces. The need to clear away for the lunch break was something we always had to be aware of, sometimes having to move projection equipment only to move it back. It is vital that the physical needs of the project are made clear right from the start and continually communicated – otherwise you can end up with a running activity being moved to a classroom by staff who don’t understand what is required. 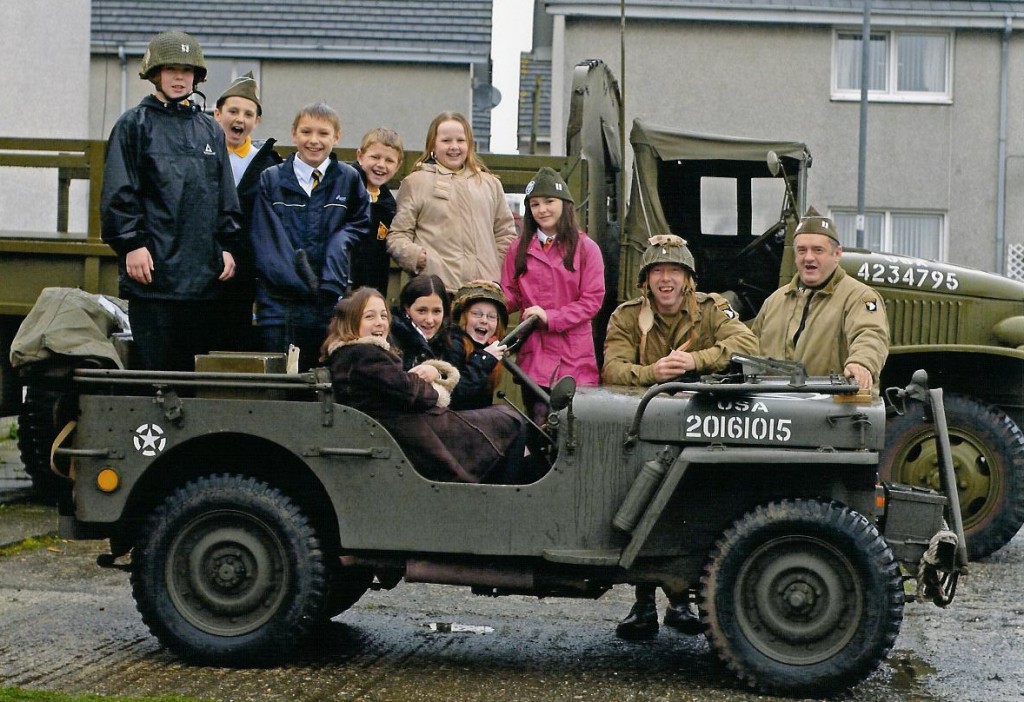