Want to know more about how to support your child’s wellbeing? Check out the links below:

Supporting your child through their examinations

How do I help my child deal with exam stress? – Support for Parents from Action For Children
The amount of sleep your child gets makes a difference to their mental health and ability to learn. If your child isn’t sleeping well, see if there are any changes they could make to their bedtime routine to help them relax.
parents.actionforchildren.org.uk

Parent Talk is a free service to all parents/ carers, providing resources and advice for children and young people across practical and emotional support. They also provide a 1:1 online chat service for advice/tips and counselling!

As part of Advent at Lourdes, we will be collecting for Cardonald Dog and Cat Home.

As I am sure you are aware, there is always a large number of dogs and cats on the facility looking for their forever home. We have done many collections for them in the past and the staff and furry animals have always been very appreciative at the generosity Lourdes has shown.

We are looking to collect dog and cat food, clean blankets, towels, bowls, toys, leads etc. Please note, they cannot accept duvets or pillows as they may be harmful to the animals if swallowed.

If you want to donate any items, please bring to the PE Dept or the Nurture room. We will be looking to drop these items off just before we finish up for Christmas, so plenty of time to get a winter clear out or round the shops to treat some poor wee homeless animals.

Please see the attachment below which contains details of the National 5 Interim Assessments being held for S4 pupils during the week Mon 13 December – Friday 17 December 2021 (both dates inclusive). Pupils will have Study Leave during this period. Normal school timetable will resume on Monday 20 December 2021. 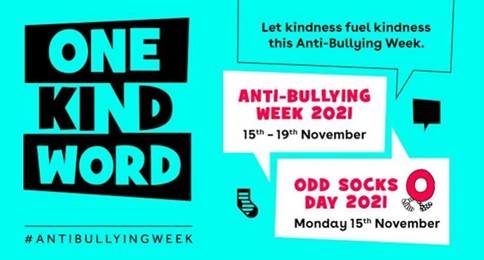 Next week is Anti- Bullying Week for all schools across the UK, the theme for 2021 is ‘One Kind Word’.  All pupils will participate in themed activities during PSE lessons throughout the week. To get things off to a good start, we will be encouraging all staff and pupils to get involved in ‘Odd Socks’ day on Monday 15th November. This will be a fun way to raise awareness and to visibly demonstrate our commitment to eradicating bullying from Lourdes Secondary. #getinvolved

Please see the attached letter to enable you to access the system.

If you have any difficulty making appointments, please contact our school office.

*Miss O’Neil will also have a display of books in the library representing inspirational women and girl power. Be sure to get along to check them out*

Have you ever said to your child ‘that’s not the way I do it’ or ‘Don’t ask me, I’m rubbish at maths’? If so, then please take the opportunity to come along to our Virtual Numeracy Event for all S1 parents and carers on Thursday 7th October at 7pm for an hour of support and help with Numeracy which will help you support your child at home with their Numeracy in the future.

The event will take place online and you can participate in the comfort of your own home. 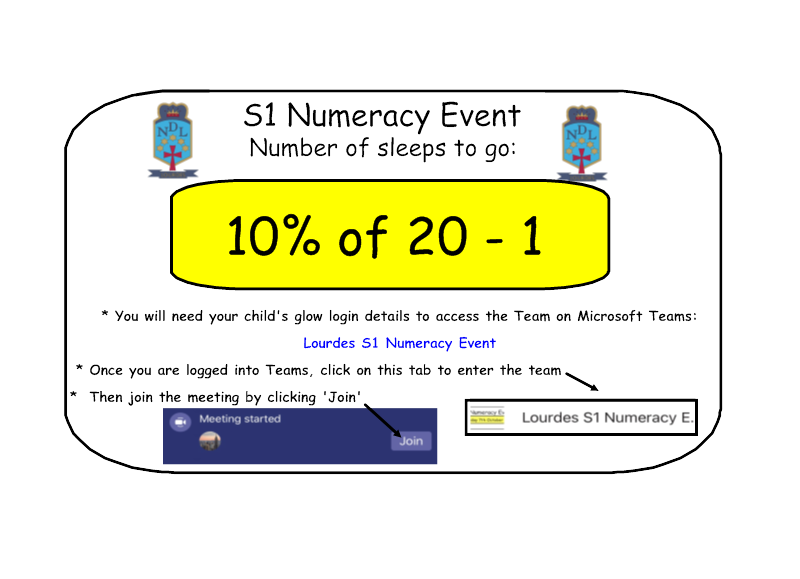 Action for Children is a UK charity delivering a diverse range of services across Scotland for the most vulnerable children, young people and families. Our services include youth justice, family support, employability and evidence based wellbeing programmes. Our skilled staff build trusting relationships with pupils and families in order to gain engagement, and improve their wellbeing, resilience, outcomes and life chances.

Glasgow City Council have funded Action for Children to deliver a new counselling service within the Glasgow Schools. Counsellors from a diverse background have been allocated to deliver evidence based interventions and prevention strategies. The service provides early intervention strategies that support adolescents with low mood and anxious thoughts.

How to get in touch:

Next Tuesday, 14 September, S1/2 pupils will be given the opportunity to have their photo taken in the school. Parents will be given an electronic link to view and, if they wish to do so, buy a copy of the photo. 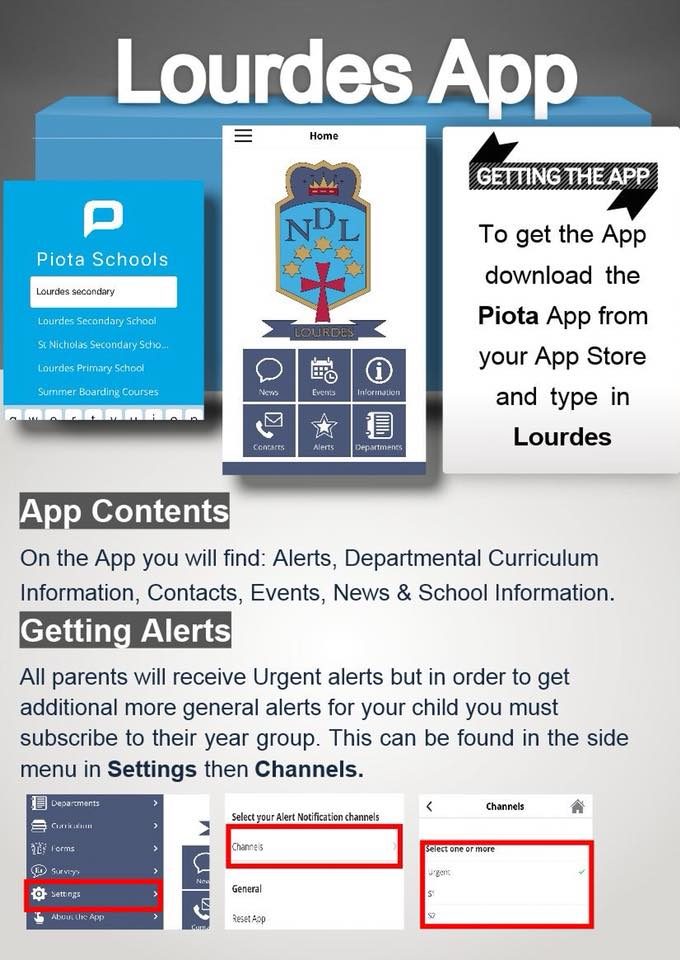 Welcome to our School App