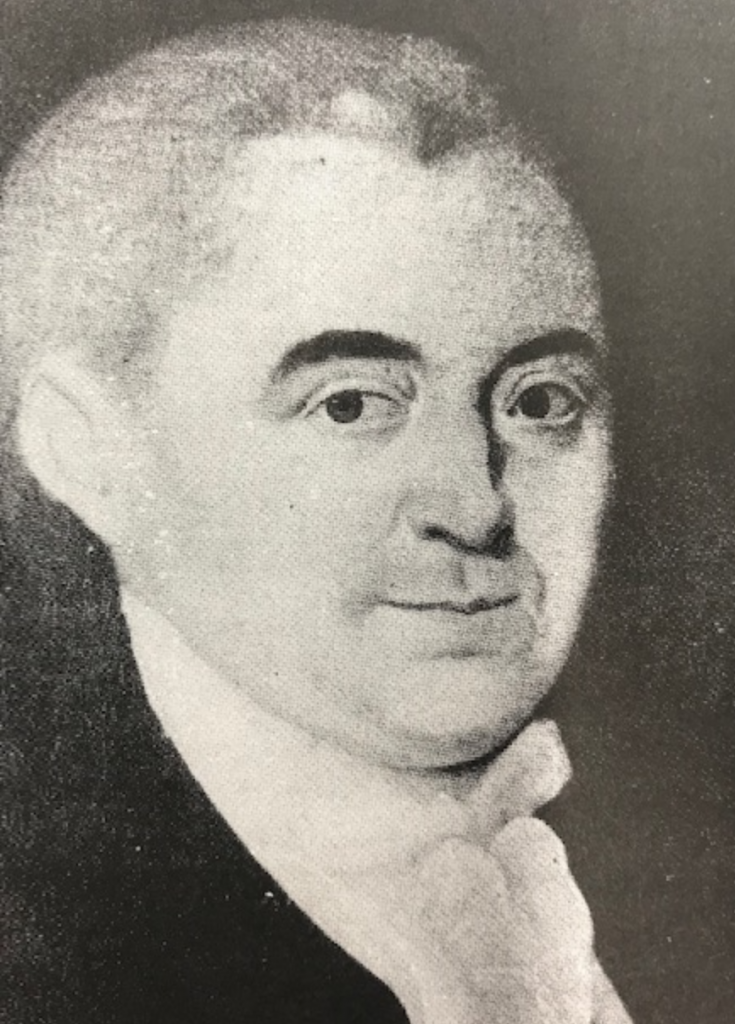 Lt Andrew Waid was born on 18th June 1736 in a house on a site now occupied by 22 East Green. His father was a harbour tacksman who fell into debt, leaving his house to Anstruther Easter Burgh Council on his death. Andrew was offered an apprenticeship by his mother’s cousin, Soutar Reid, but he could not resist the lure of the sea and at the age of 12 became a cabin boy in an Anstruther ship in the Baltic trade. He also sailed in trading ventures between London and Honduras.

A loyal British servant, when the American War of Independence started in 1776, Waid a loyal colonist, was actively engaged on the Loyalist side. He lost his ship “Thrifty Lass” shortly after the war started to the rebels. He returned to his native homeland by 1781. His loyalty was rewarded with him being made a Lieutenant in the Royal Navy and served “with distinction, especially in the North Seas” till he retired on half pay.

In 1795 he was given the freedom of the City of Perth, shortly followed by a similar honour by the Burgh of Anstruther Easter. According to local histories, it was whilst Waid was at his dying wife’s bedside that he read of a Commodore who decided to leave his fortune for the endowment of a Naval Orphanage at Portsmouth. It was at her graveside that he vowed to do the same for the people of Anstruther. On the 4th December 1800 he drew up a Trust Disposition and Deed Settlement. In it his house in East Green, which he redeemed from the Burgh in 1777, was to become Waid’s Naval Orphan Academy. His will gave detailed instructions on the setting up and running of the Academy.

Once all annuities had been paid to his wife and relations, it was not until the 1860’s that it was deemed there were enough funds to set up the Academy. However, the original intended site on East Green had been sold in 1842 by Waid’s grand niece Catherine Blyth. A new site would have to be found.

The Education (Scotland) Act of 1872 did more than make education compulsory for all children. It also created the means by which this could be achieved. The newly created School Board of Anstruther Easter approached the Trustees of Waid’s will to set up his Academy. By 1882 the establishment of a secondary school was becoming more and more desirable for the people of the East Neuk, with the population growing rapidly. The new railway would allow ease of transport to Anstruther. With local trustees using the terms of the newly written Endowed Institutions (Scotland) Act of 1878 to change the terms of the endowment, a school could be commissioned in Anstruther. 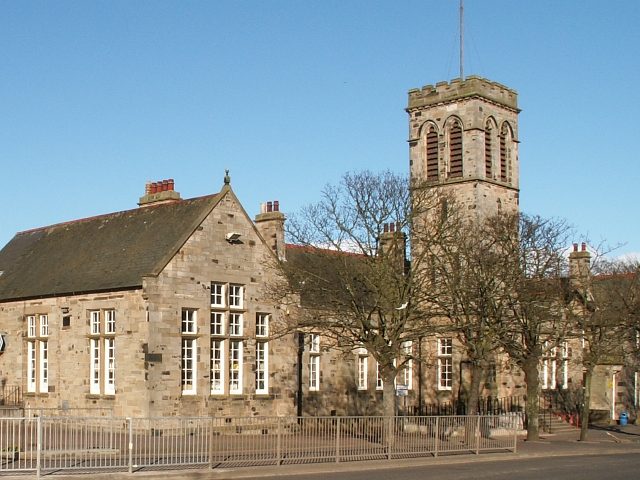 A site was selected on the outskirts of the town and on Monday 6th September 1886 at 2pm, the Board of Governors opened the school to 75 pupils who had passed the entrance examination. The school was designed by St Andrews architect, David Henry, who also designed the local Chalmers Church a few years later. The memorial stone was laid in 1885 before building commenced. Within the cavity of the stone was placed a copy of the Waid Scheme, a historical account of endowments and some coins of the realm and historical newspapers.

The carving that was to inspire the school badge was placed above the school door and was carved by J Rhind of Edinburgh. The carving depicted a sailing ship passing between two towers or pinheads. This was to represent the youths who would pass through into life at sea. Underneath the motto was carved “Multi Pertransibunt Et Augebitur Scientia” meaning “Many shall pass through and learning will be increased”

On 8th May 1886 the Board of Governors appointed Bruce Lockhart as the first Headmaster of The Waid Academy. The school existed on its old site, with extensions and mobile huts and the addition of South Waid until in 2017 it moved into a brand new multi million pound facility a short walk from the old site. The new Waid Academy Community Campus holds The Waid Academy, CLD, Fife College, Local Community Office, Public Library and Police Scotland in one community hub, thus retaining the place of Waid at the heart of the local community. 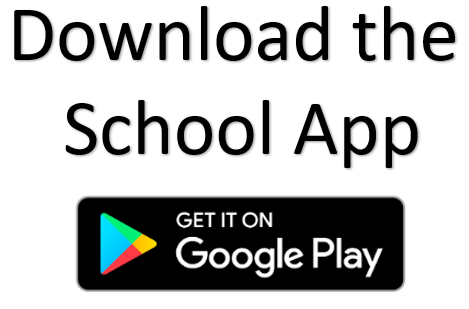 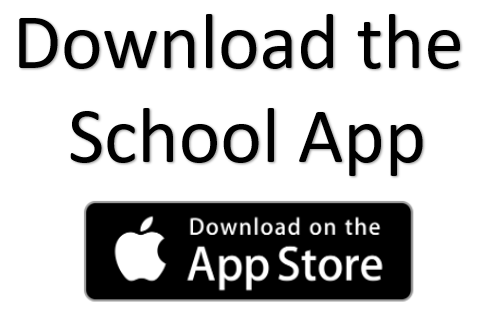