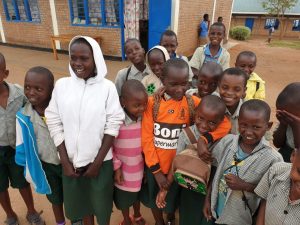 So today we were at the Bumbogo school. We split up into wee groups and went into different classes. Me, Ms Mahr, Lauren and Sophie ended up in history. The lesson was all about the genocide that took place here in 1994. Having been to a few of the memorial sites we weren’t all just blank pages, we had some knowledge.

Even though we knew that it was going to be taught in English, I think we were all surprised as to how much of it actually was in English. Both the teacher and the pupils spoke and wrote better English than half of my pals. The class was taught very similar to a KHS class, there was the topic question, there was photo copies of books given out, discuss in pairs and share to class. 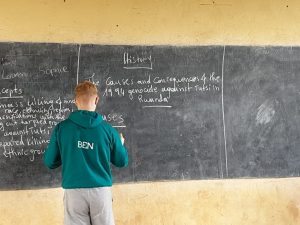 Even without a smart board and a computer, and braw new books, the task still got done to same extent as back home. The best part of the lesson was probably when all the kids would come up to the window squishing their noses up against the window trying to get a look at us. When the teacher went out and they all scarpered, that was the funniest. 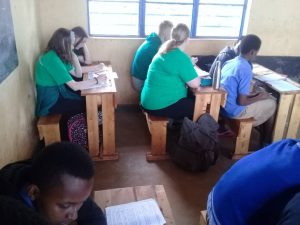